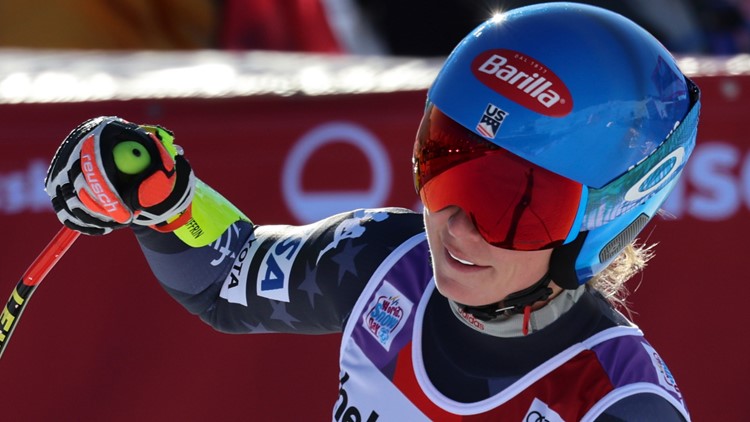 After not competing in speed events since last season’s World Cup finals in March, Shiffrin said she immediately reconnected with the sport’s fastest disciplines.

ST. MORITZ, Switzerland – Mikaela Shiffrin’s first speed race weekend of the women’s World Cup season went so well that she believes it could make her even faster in her most important technical disciplines.

The four-time overall winner won a Super-G Sunday to cap off her weekend with a career No. 77 win.

Shiffrin finished sixth and fourth respectively in two downhills in the past two days before excelling in the Super-G format, although she hasn’t practiced those disciplines much lately.

“Especially with downhill, it’s like this: I haven’t done it in a while, so we just take it step by step and I always learn something about my mentality when I’m also riding speed,” Shiffrin said.

“So I’m feeling very lucky for the whole weekend and maybe try to take some of that with Slalom and GS as well.”

On Sunday, Shiffrin overcame a tricky halfway jump but otherwise relied on her spot-on timing to master the Corviglia course and finish 0.12 seconds ahead of Elena Curtoni, the Italian winner of Friday’s downhill.

“I’ve felt very good the last few days, but you never know, you have to work so hard, especially in the Super-G. It’s always on the limit. Actually, you’re trying so hard that you might not finish,” Shiffrin said.

“I knew what my tactics should be, I didn’t think about what was going to happen at the finish until I got there. I had a very, very good run so I’m happy with that.”

Having not competed in speed events since last season’s World Cup finals in March, Shiffrin felt she immediately reconnected with the sport’s fastest disciplines, calling it “that instinct of always going down the hill.”

The next eight races on the women’s World Cup calendar are all technical events before the speed races return on back-to-back weekends in Austria and Italy respectively from mid-January.

Swiss skier Michelle Gisin narrowly missed her first podium of the season in fourth, but relegated Sofia Goggia to fifth a day after the Italian’s downhill win.

Goggia broke two bones in her left hand after hitting a gate in Friday’s race and underwent surgery but returned to racing the next day.

Skiing again with her left hand on her ski pole, Goggia lost two tenths to Shiffrin in the flat start section and more time in the steep turns. She was the fastest in the final leg but shrugged when she saw her finish time.

Shiffrin extended her lead over Goggia in the season standings to 105 points.

Goggia’s teammate Marta Bassino came closest to Shiffrin’s victory as the Italian set almost the same times as the American in the first two splits before missing a goal on the steep section.

The winner of the only Super-G so far this season, Corinne Suter, was 15. The Swiss triumphed in Lake Louise two weeks ago, where Shiffrin did not compete.

The next women’s World Cup races are two giant slaloms and one slalom in Semmering, Austria, December 27-29.

The unexpected upside of getting 'the ick'