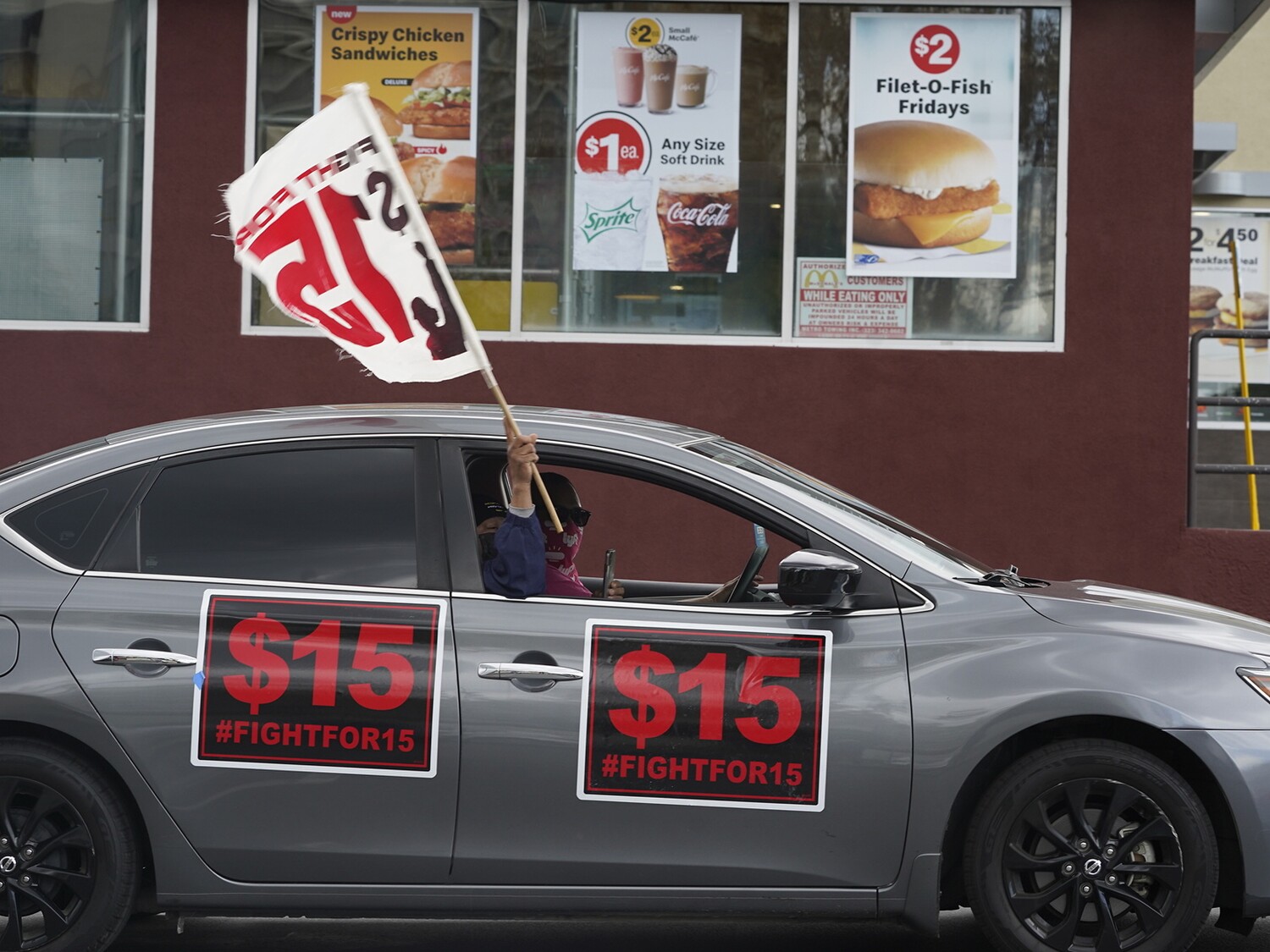 Unincorporated LA County workers will also see their minimum hourly wage increase to $15.96, after increasing it to about $15 an hour last year.

Efforts to raise the minimum wage were spearheaded by LA Mayor Eric Garcetti, who announced the city’s raise in February.

According to Garcetti’s office, more than 600,000 LA residents will benefit from the city’s expansion.

“We fought to raise the minimum wage because hard work should always be met with the dignity, respect and opportunity that comes with fair pay,” Garcetti said in a statement announcing the decision. “Our decision to end poverty wages in LA made waves across the country, and this additional increase is the latest cause for celebration today – and a reminder that our fight for better wages is far from over.”

The increase affects any employee who works at least two hours per week within the geographic limits of the City of Los Angeles and is eligible to earn the California minimum wage, according to the city’s Bureau of Contract Administration. This includes full-time, part-time and temporary workers regardless of residency status.

The increase applies to companies of all sizes.

“Our Office of Wage Standards will continue to work to protect vulnerable workers from wage theft to improve labor standards in the city,” said John L. Reamer Jr., inspector of public works and director of the Bureau of Contract Administration, in the explanation . “This is an important step in addressing the economic realities for every Angeleno who works hard to support themselves and their families.”

The district’s wage increase was announced by the Department of Economy and Consumer Affairs back in March. The nearly $1 rise was consistent with the county’s rising consumer price index.

In 2016, the county passed an ordinance increasing the minimum wage by specified increments annually. Hourly wages for workers at large companies slowly increased from $10.50 in 2016 to $15 in 2020. At smaller companies, wages increased at the same rate from 2017 to 2021.

But starting Friday, a new county ordinance mandates that the minimum wage be adjusted annually based on the consumer price index.

Instead of fixed amounts, future increases are determined by a formula that takes into account the CPI, which tracks price fluctuations of goods and services.

The LA County Board of Supervisors has tasked the Department of Consumer and Business Affairs with wage information, education and enforcement of the minimum wage, which, unlike the previous regulation, will apply to both small and large businesses.

“We will ensure workers in unincorporated LA County are protected and aware of the updated minimum wage, and we will work with our sister divisions to support employers who may need assistance with information, compliance and access to resources,” Rafael Carbajal, director of the Ministry of Consumer and Economic Affairs in a video statement.

Other nearby cities, including Santa Monica, West Hollywood, Malibu and Pasadena, have their own minimum wage increases that go into effect Friday.

LA’s increase comes ahead of a ballot initiative, the Living Wage Act of 22, scheduled for a vote in November, which would raise the state minimum wage to $18 an hour over several years.

I have COVID-19. What to know about treatments in California

The Not Ready for Prime Time Republicans

Back to School Safety: When to stop for a stopped school bus in Pennsylvania, New Jersey, and Delaware