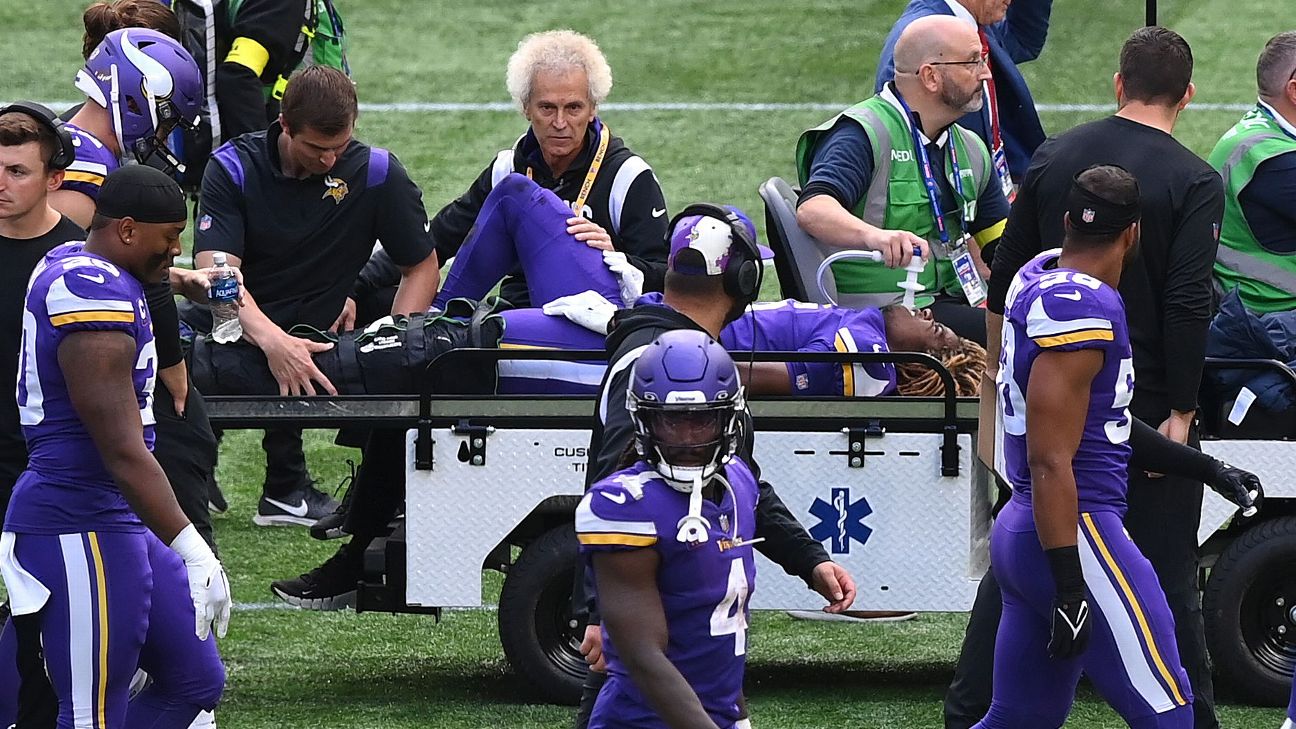 Cine will remain in the UK until doctors determine it is safe for him to fly back to Minnesota.

O’Connell choked back tears as he gave the details of Cine’s injury, which occurred at 1:08 in the first quarter of the Vikings’ 28-25 win. While blocking a punt return, Cine’s leg buckled unnaturally on Tottenham Hotspur Stadium’s playing surface, which was converted from grass to artificial turf for NFL games.

Cine was immediately fitted with an air cast and carted off the field.

“Very tough moment for our team,” said O’Connell. “[Cine is] Obviously a guy who has been my personal favorite from day one and does everything we asked him to do. He continued to develop in his rookie year and really played a dynamic role for us on special teams.”

Cine, the Vikings’ first-round pick in this year’s draft, was held back by a knee injury during training camp and earlier this season. He’d only played two snaps on defense in addition to his special team role.

Doug Pederson returns to Philadelphia with the Jacksonville Jaguars

As injuries mount, meet the newest Rams … who used to be Rams