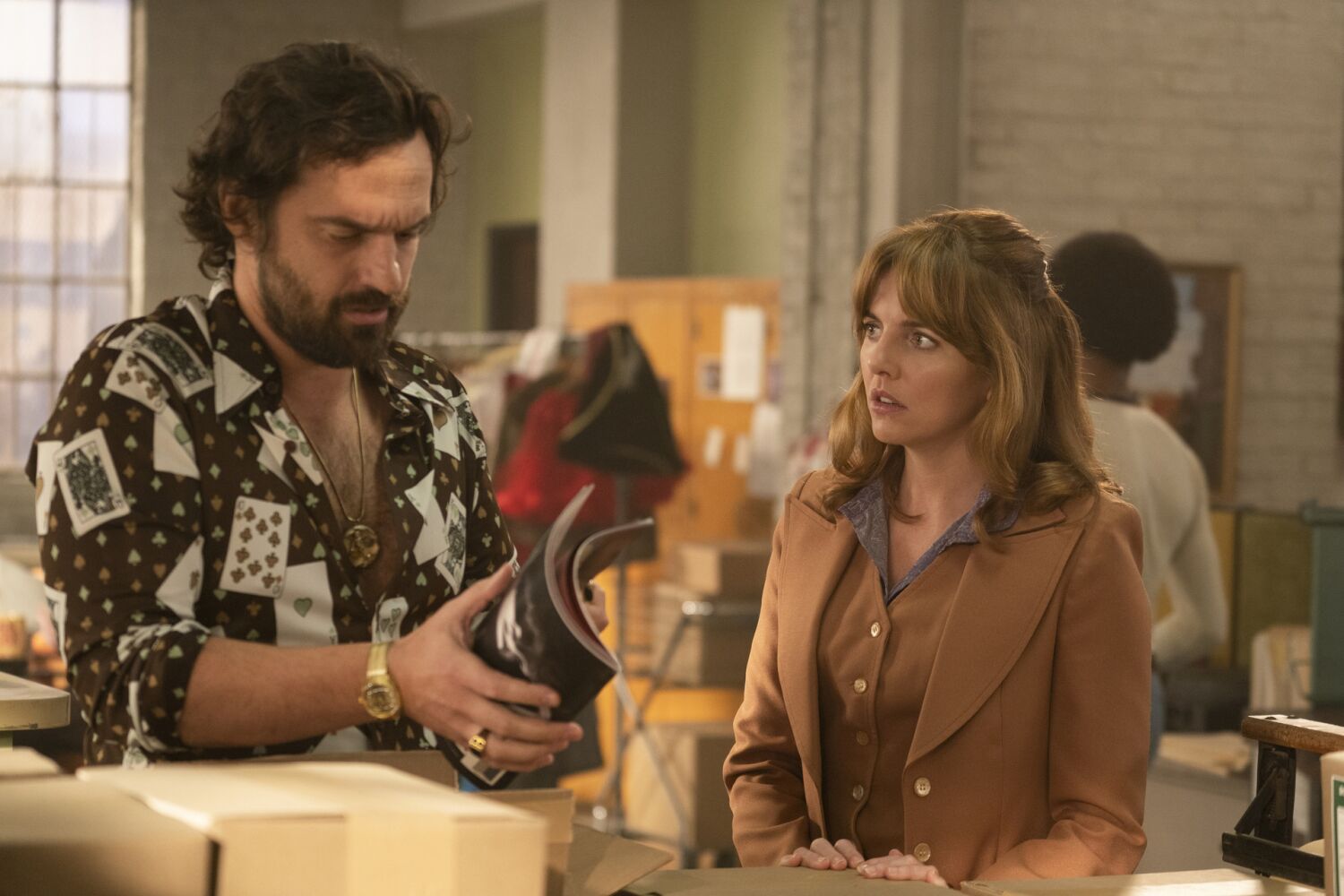 Actor Jake Johnson isn’t giving up on ‘Minx’ after HBO Max unexpectedly reversed its decision to renew the comedy for a second season.

On Tuesday, the “New Girl” alum took to Instagram to respond to HBO Max’s cancellation. He posted a picture of him and co-star Ophelia Lovibond on set, with a caption that conveyed some relatively good season 2 news for “Minx.” -fans included.

“We’re still finishing the season. Luckily they didn’t shut down production,” he wrote on Tuesday. “We’re about a week away from finishing filming.”

In addition to rescinding its commitment to the second season of “Minx,” HBO Max also removed the show’s first season from its platform. Johnson added that he “hears that S1 & S2 (and hopefully S3) will find new homes”.

“The question is where,” he added.

Creator and showrunner Ellen Rapoport’s “Minx” debuted on HBO Max in March. In the 1970s comedy, Johnson plays a low-budget publisher who teams up with a young feminist (Lovibond) to produce the first pornographic magazine for women.

Hoping the Minx team will have “good news to share soon,” Johnson hailed season 2 as “really impressive and worth watching.”

“I’m excited to find a new platform for these episodes,” he said.

In her Instagram Stories on Tuesday, Rapoport reiterated Johnson’s optimism. She reposted the behind-the-scenes pics of other Minx creators and shared some of her own. In another Instagram story, she channeled a popular “Mean Girls” line to comment on the HBO Max situation.

“Get on losers we’re going to a new streamer,” she captioned a repost of Lovibond’s story.

Argentina's win was their best performance of the World Cup

Ezra Miller accused of hiding a woman and children in Vermont

Kate Bush thanks Stranger Things season 4 for her renewed popularity