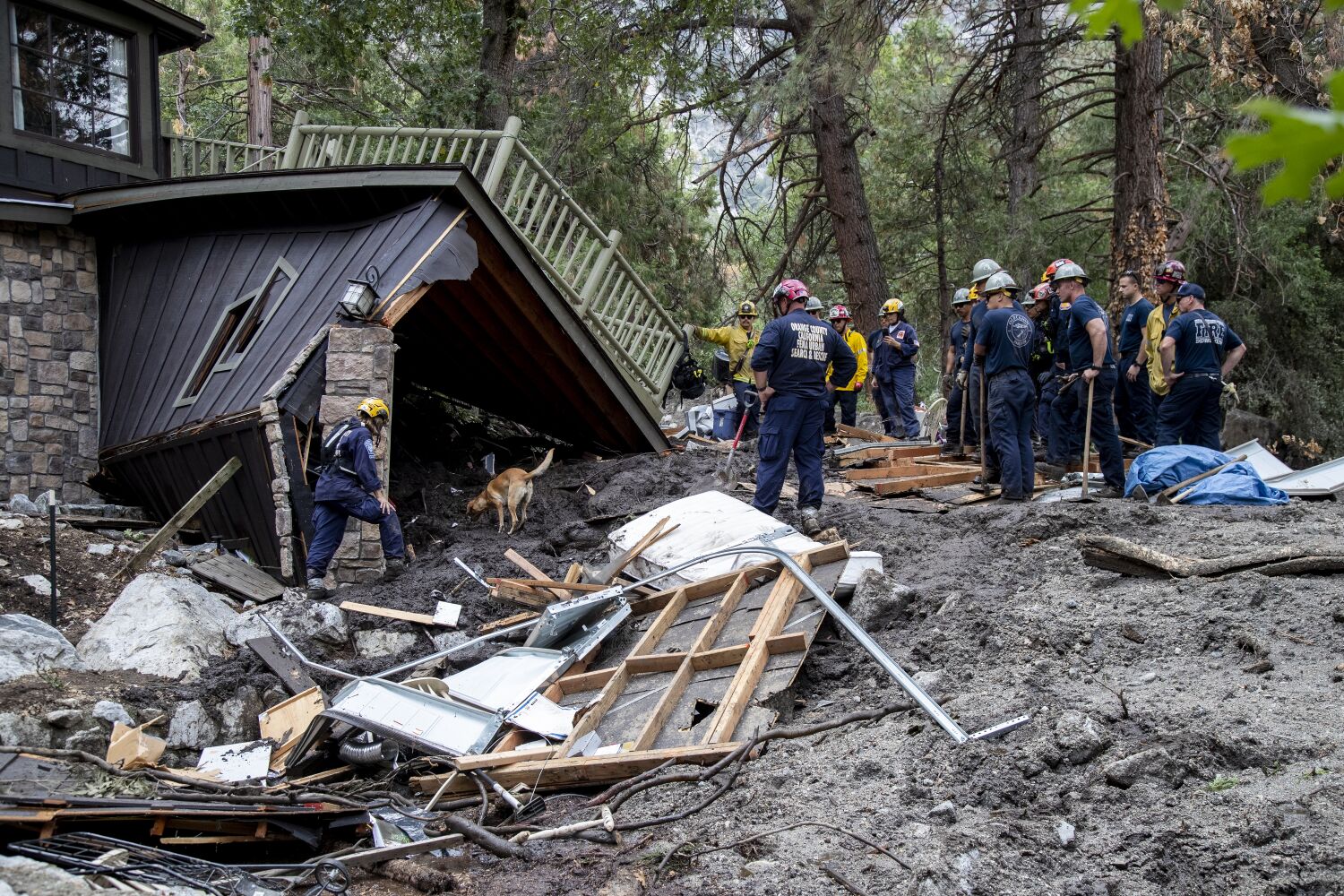 A woman who went missing after a torrent of mud, rocks and other debris slammed into the Forest Falls community this week has been found dead, authorities said on Friday.

Doris Jagiello, 62, was found near Valley of the Falls and Canyon Drives around 3:15 p.m. Thursday, according to the San Bernardino County Sheriff’s Department.

Her body was “buried under several feet of mud, rocks and debris,” the department said.

Searchers found one of Jagiello’s dogs alive at her home, but her other two dogs remained missing as of Friday, Sheriff’s Lt. jeff allison

Heavy rain lashed parts of San Bernardino County on Monday. Some areas near the Apple and El Dorado burn scars received more than 2 inches of rain in an hour as the remnants of Tropical Storm Kay swept past the Southern California coast.

Oak Glen and Forest Falls were hit in some areas by 10- to 12-foot-thick streams of debris, pushing boulders, rocks and trees into communities and onto roads.

“The intense storm resulted in debris flows that tumbled down natural drains and creek beds at Forest Falls,” the sheriff’s department said. “As a large debris flow composed of mud and extremely large boulders sped downhill, it overran Jagiello’s property and struck her home, causing extensive structural damage and carrying away everything in its path.”

“Southern California has a long history of fire flash and has the highest risk of post-fire debris flows in the world,” Jason Kean, a US Geological Survey research hydrologist who studied the 2018 Montecito mudslides that killed 23 people, told The Times last year when areas where the Ranch 2, Bobcat, Apple and El Dorado fires were burning were at high risk of debris flows.

The normal amount of rain needed to start a debris flow after a moderate or extreme fire is typically about half an inch per hour, but some of these areas are so steep and unstable that it can take as little as two-tenths of an inch of mud and rocks​ to see it flow down, Kean said at the time.

Find and fix leaks to stop wasting water during the drought