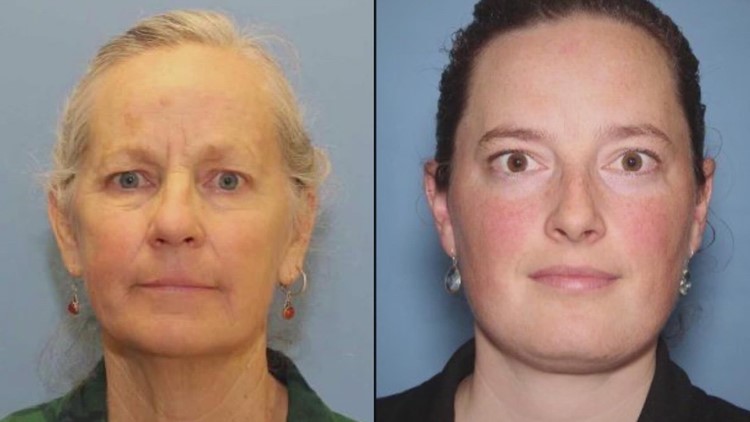 MOUNT VERNON, Wash. — A 5-year-old Mount Vernon boy believed to have been abducted by his adoptive parents has been found in Vietnam with the woman and her mother.

The boy, identified as “ND,” returned to Seattle Friday morning, along with FBI agents and victim advocates. The boy reunited with his biological mother after arriving.

Police say the boy’s adoptive parents, Amanda Dinges, 35, and her mother, Amber Dinges, 60, kidnapped the boy. Police said now that the ND has been found, they will focus on the arrest and extradition of the two women, who are not in custody. Mount Vernon Police believe they are in Vietnam, but say international recognition of arrest and extradition warrants is “a complicated process.”

The search for the boy began on November 28 when Child Protective Services alerted Mount Vernon police that Dinges may have run away with the boy.

CPS informed police that the child had not been to school since November 21 and there was a notice of abandonment on the door of Dinges’ apartment, according to probable cause documents.

The next day, Dinges told Sky Valley CPS she needed to get her teenage adopted child out of the house before she started a new statewide job on Nov. 21, police said Dinges told CPS officers that the 5-year-old had been removed, which he did not.

CPS removed the teenager from Dinges’ care on November 18.

On November 19, a neighbor told police she saw Dingeses and the boy walking quickly and heard the women tell the boy they were “going out of here.” The neighbor then asked Amber if they were moving and said her response was “awkward” and that she tried to change the conversation quickly.

On November 21, managers at Dinges’ apartment found the keys to her apartment in the office, which they believe had been returned over the weekend.

According to Brittany Tri, the biological mother’s lawyer, when the boy did not show up for a scheduled visit with his biological mother on November 25, she contacted her case officer. Due to the weekend, staff saw the message on November 28 and CPS informed police of concerns about the child’s safety.

Through interviews and data collected on 25 search warrants, Mount Vernon police said they determined the boy and Dingeses were in Thai Binh, Vietnam, about 70 miles southeast of Hanoi.

Diplomatic Service Security personnel detained the boy at the US Consulate in Hanoi at 11:30 p.m. Wednesday. The boy then flew to Tokyo, where he met with the FBI and supporters on Thursday.

Boy rescued after being swallowed by a hippo in Uganda

Election Day 2022: What stores are open, closed on Tuesday?