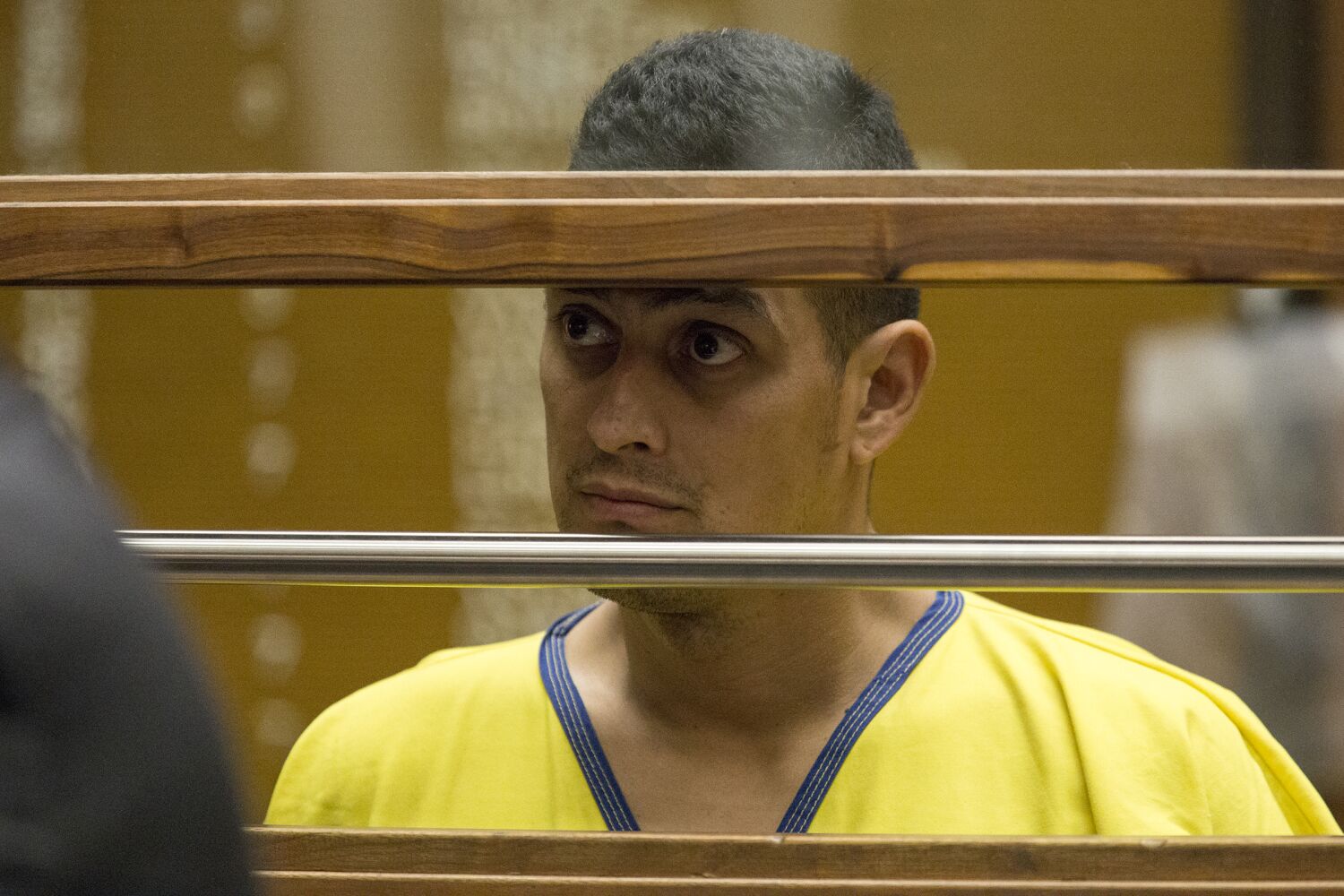 A member of the Mongolian motorcycle gang who killed a Pomona police SWAT officer who was serving a search warrant more than eight years ago pleaded non-voluntary manslaughter on Wednesday after being twice acquitted of murder.

David Martinez, 44, had been found not guilty of first-degree murder and second-degree murder in two separate trials in the fatal shooting of Officer Shaun Diamond during the October 2014 raid on his family home in San Gabriel.

Martinez insisted he didn’t know police forced his way into his home when he once fired a shotgun, telling one of the juries he believed it was members of the Mongolian biker gang who were coming for him.

Last month the jury deadlocked on two minor charges of first degree manslaughter and assault with a gun on a police officer in the latest trial. On Wednesday, Martinez decided not to contest both charges. He is due to be sentenced on January 17.

Martinez’s open plea in court means he has not reached an agreement with prosecutors on the sentencing. After more than eight years in prison, his lawyers hope that he will be released in view of the time served. However, prosecutors are expected to seek a higher sentence.

Diamond, 45, was a 16-year law enforcement veteran who had also worked for the Los Angeles and Montebello Police Departments. The shooting on October 28, 2014 severed his spine and shattered his jaw, and he died after a day on life support at Huntington Memorial Hospital in Pasadena.

The officer was part of a multi-agency operation that used multiple arrest warrants against the Mongols.

The Martinez house had a metal screen door and a wooden door; When a knock on the door went unanswered, an entry team broke through the screen door. Diamond, along with a second officer, used a tool to force open the door.

According to the San Gabriel Valley Tribune, Martinez testified in court that after going to bed around 3 a.m., he felt the window shake and thought it was his father getting up to go to work. Then he heard a pop, grabbed a shotgun by his bed and headed for the front door. He said he didn’t hear the SWAT officers say “search warrant” or “police.”

During the final trial, his attorney said Martinez wanted to leave the Mongolian motorcycle club and believed there were other Mongolians at the door of his childhood home that morning, so he fired a 24-gauge shotgun to defend his family.

However, prosecutors said Martinez never left the Mongols and kept all of his tattoos and continued to communicate with the Mongols. They noted that Martinez tested positive for methamphetamines on the day of the shooting.

Florida paid for migrant flights from Texas to Martha’s Vineyard

Column: For some in Southern California, the term ‘Okie’ is still not OK