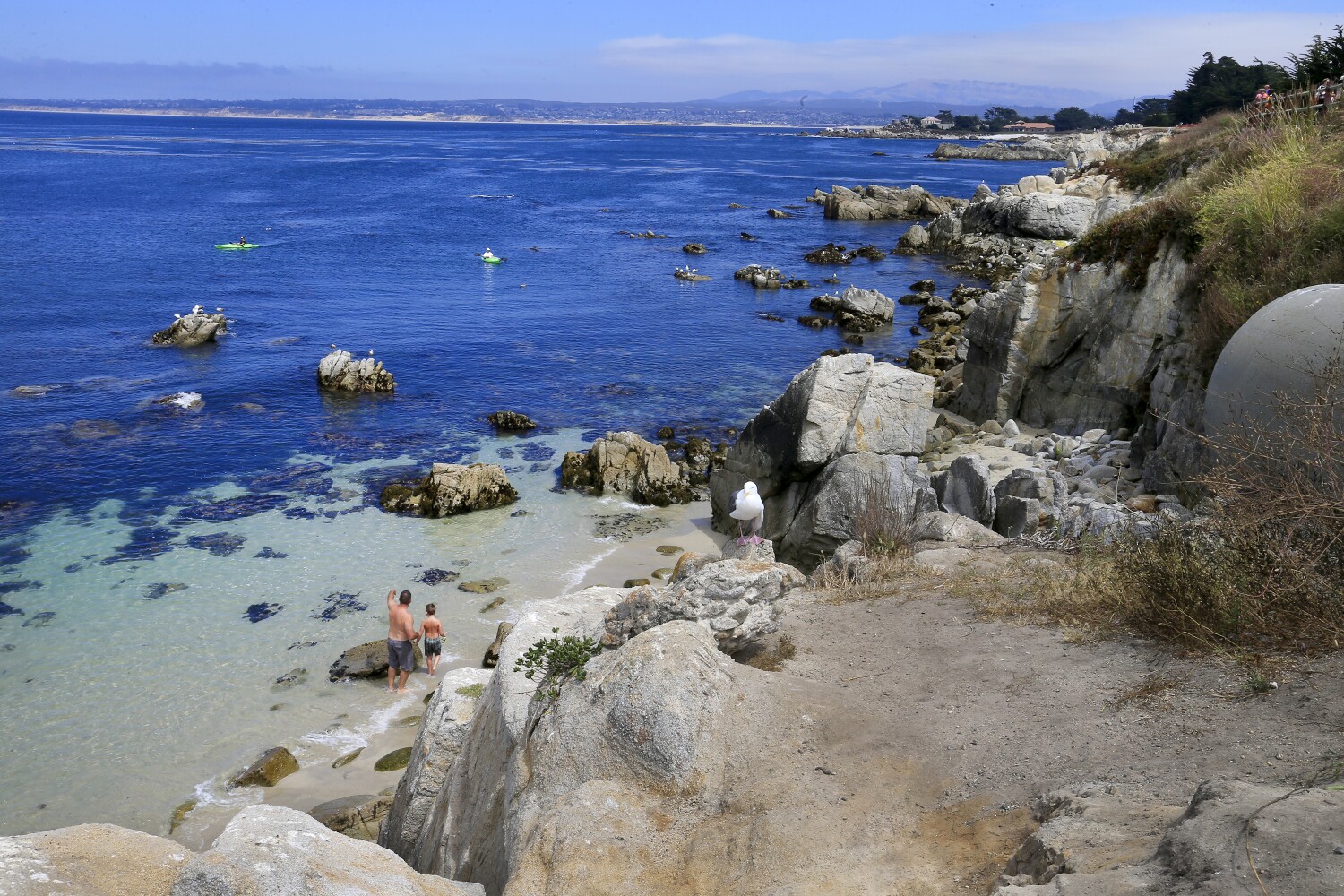 In a statement from his hospital bed, Steve Bruemmer thanked some Good Samaritans for helping save his life after he was attacked by a shark in Monterey Bay this week.

Bruemmer, 62, said the water was calm and the shore was packed with visitors when the attack took place at Lovers Point in Pacific Grove early Wednesday. This allowed people to hear his cries for help.

“Without all of those things, if it had been a choppy day, they wouldn’t have heard me on the Monterey Rec Trail. So yes, I’m lucky,” Bruemmer said in a statement broadcast to local TV stations in Salinas. “If all those things hadn’t gone right, I could have bled to death.”

Pacific Grove Police responded to reports of a shark attack just before 11 a.m. Wednesday. Breummer was assisted by two nearby paddleboarders, who he said happened to be a nurse and a police officer. A surfer teaching a safety course nearby was quick to respond and brought an extra board.

“The three got me on the extra board and I had to hold the surfer’s ankle while he paddled like crazy to get me to the beach,” Breummer said. “They, along with several bystanders including a doctor and a nurse who were on the beach all day, helped put on tourniquets and took me to the ambulance.”

The shark came within a millimeter of severing a major artery, according to Bruemmer’s doctor, Nicholas Rottler, a trauma surgeon at Natividad Medical Center, who spoke to KSBW.

“The injuries he had were easily repaired, but if they were much deeper and a major artery had been severed, he could have bled to death in the water before anyone could get him to shore. So it could have been much, much worse,” Rottler told KSBW.

Bruemmer recalls being afraid he would bleed to death as he was in an ambulance being transported to the Natividad Medical Center.

Breummer did not break any bones or suffer major organ damage, ABC7 reported. He is currently in fair condition at Natividad Medical Center and is expected to make a full recovery.

Lovers Point beach and the Sea Palm turnout will remain closed until Saturday, a full 72 hours after the attack, according to police.

Dereliction of Duty: The Abandonment of the Defense Sector in Colombia and How to Fix It