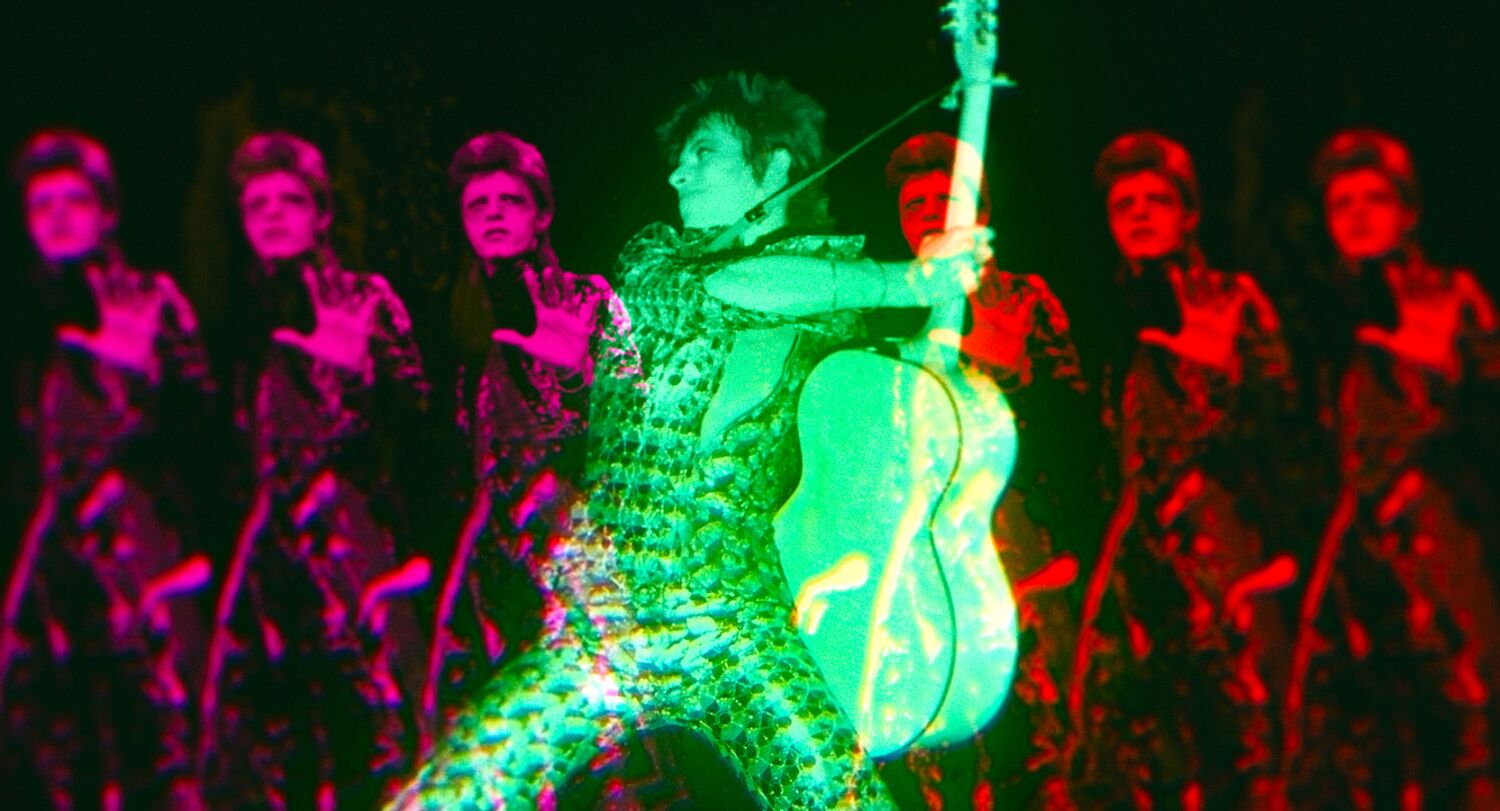 Freed from the narrative conventions that plague most biographical documentaries, Moonage Daydream takes us on a cosmic dance of intoxicating imagery and timeless music in honor of the late shape-shifting, gender-defying rock philosopher David Bowie.

Amid pops of psychedelic colour, impeccable concert footage and a selection of cinematic references, director and editor Brett Morgen distils into a dizzying torrent of incisiveness the essence of the almost messianic figure whose destructively entrancing artistry continues to baffle and inspire. Audio from multiple interviews he’s given over the decades punctuates the free-flowing footage to let Ziggy Stardust speak for himself.

Without bothering to provide a rigid timeline of events, the filmmaker’s only marker of the passage of time comes from Bowie’s own mentions of his age and the relevant creative or personal transitions at each stage. At 33, the British-born intergalactic artist found success in a variety of disciplines, including painting, sculpture and even film, when he appeared as an alien in a human body in Nicolas Roeg’s The Man Who Fell to Earth.

Likewise, no experts or contemporaries are introduced to contextualize Bowie’s legacy. And yet, through the first-hand glimpses interspersed between mood-shifting tracks like “Heroes” and “Sound + Vision,” we’re witnessing Bowie’s innermost evolution. Though he’s open about his estranged relationship with his mother, reinventing his musical language with his collaborator Brian Eno, and becoming a curious globetrotter, it’s the eventual shift in his attitude toward romantic love that most concretely humanizes him.

Moonage Daydream, also the name of one of Bowie’s early releases, glides through time and space by combining performances of the same song recorded years apart, positioning the icon as a single entity that remained the same throughout his mortal existence remained captivating.

Morgen’s structural approach to Bowie’s story is similar to his take on Nirvana frontman Kurt Cobain’s troubled mindset in “Montage of Heck,” save for his use of talking-head interviews. Both are monuments to unique psyches that required the filmmaker to delve into intimate ideas and public memories to mold them into a compelling visual vessel.

By bringing chaos to the cinema – rather than creating a hodgepodge of facts and anecdotes told by those who knew the performer – Morgen manifests as a tribute a sensual evocation of Bowie’s spirit, fit to please supporters and non-believers alike , worthy of his unclassifiable genius.

Rated: PG-13, for some sexual imagery/nudity, short expletives and smoking

Anais from Love & Hip Hop is miserable…Looking like a 1990’s era crackhead now!!