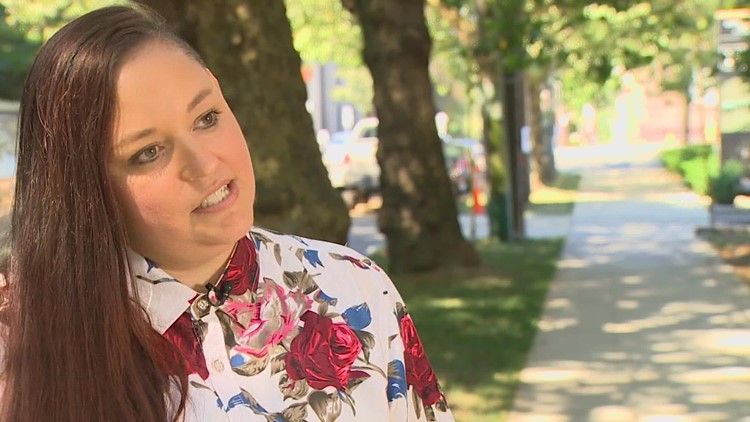 Seattle police confirmed the suspect in those cases was taken into custody Monday night.

SEATTLE — Seattle police say the man suspected of assaulting and exposing himself to several women near the Seattle Center was arrested Monday on a suspected felony-level assault hate crime.

The 35-year-old suspect, who has not been charged, has been sentenced to the King County Jail.

The investigation is ongoing, police said.

It’s been two weeks since a Seattle woman told KING 5 that she was being stalked by a man just steps from the Climate Pledge Arena loading dock.

What started as a normal walk with Laura Van Burkleo’s three Boston Terriers turned into a fight for their lives.

“I actually changed my route that night. I usually turn right and around the block, but it was a beautiful night and I had my three dogs,” said Van Burkleo.

Van Burkleo said it started outside of the Climate Pledge Arena.

“A security guard was actually talking to me and trying to say hello to the dogs, and all of a sudden I saw this man walking up 1st Avenue North,” she explained.

Van Burkleo said the man aggressively approached her and she tried to get away from him, telling him to stop following her.

She managed to escape, but he continued to follow her and retrieved her hearing dog, Zoe. She picked up all three of her dogs, but then Van Burkleo said he started hitting her over and over again.

It was a moment that she thought could be her last.

“It was terrifying, I was scared, I really thought I was going to die right there on that sidewalk, and I felt so humiliated and embarrassed because I wanted to defend myself,” Van Burkleo said.

Van Burkleo said a man on a moped distracted her attacker enough for her to escape. She said she was very disappointed in the security guard she was speaking to when this attack began.

“We had a security guard following us the whole time and not once did he step in or call 911,” Laura said.

“We are aware of an incident that occurred in the Uptown neighborhood on the evening of July 18. An off-duty security guard witnessed the aftermath of the incident and intervened.

The Climate Pledge Arena team, including our security officers, are working closely with the rest of our community as we all seek to create a safe uptown neighborhood.”

The SPD previously said half a dozen women reported being attacked by the man.

“It was the first time as a gay married woman in Seattle that I felt like I was being directly attacked because of my sexuality,” said Van Burkleo.

Van Burkleo and her wife Jennifer moved to Seattle from Oklahoma five years ago and said it was the first time they had considered moving.

“Whatever he did to me alone and how many threats he murdered me, he will end up murdering or sexually assaulting a woman,” Van Burkleo said.

Since Van Burkleo was attacked, other women have come forward and said the same man attacked them.

Allison Lizotte said the suspect attacked her last Thursday while she was riding the Metrobus to Third and Pike. She said she was bitten and hit by him and still has bruises and cuts days later.

“If this is a continuous pattern of behavior, it will only get worse. This person needs to be stopped, they need to be put away, they need help,” Lizotte said.

The King County Sheriff’s Office and Metro are investigating this attack.

The sheriff’s office said it was too early to link this man to the suspect who allegedly molested and assaulted women uptown.

Reviving the Petroleum Administration for War: A Case for Government-Industry Partnership