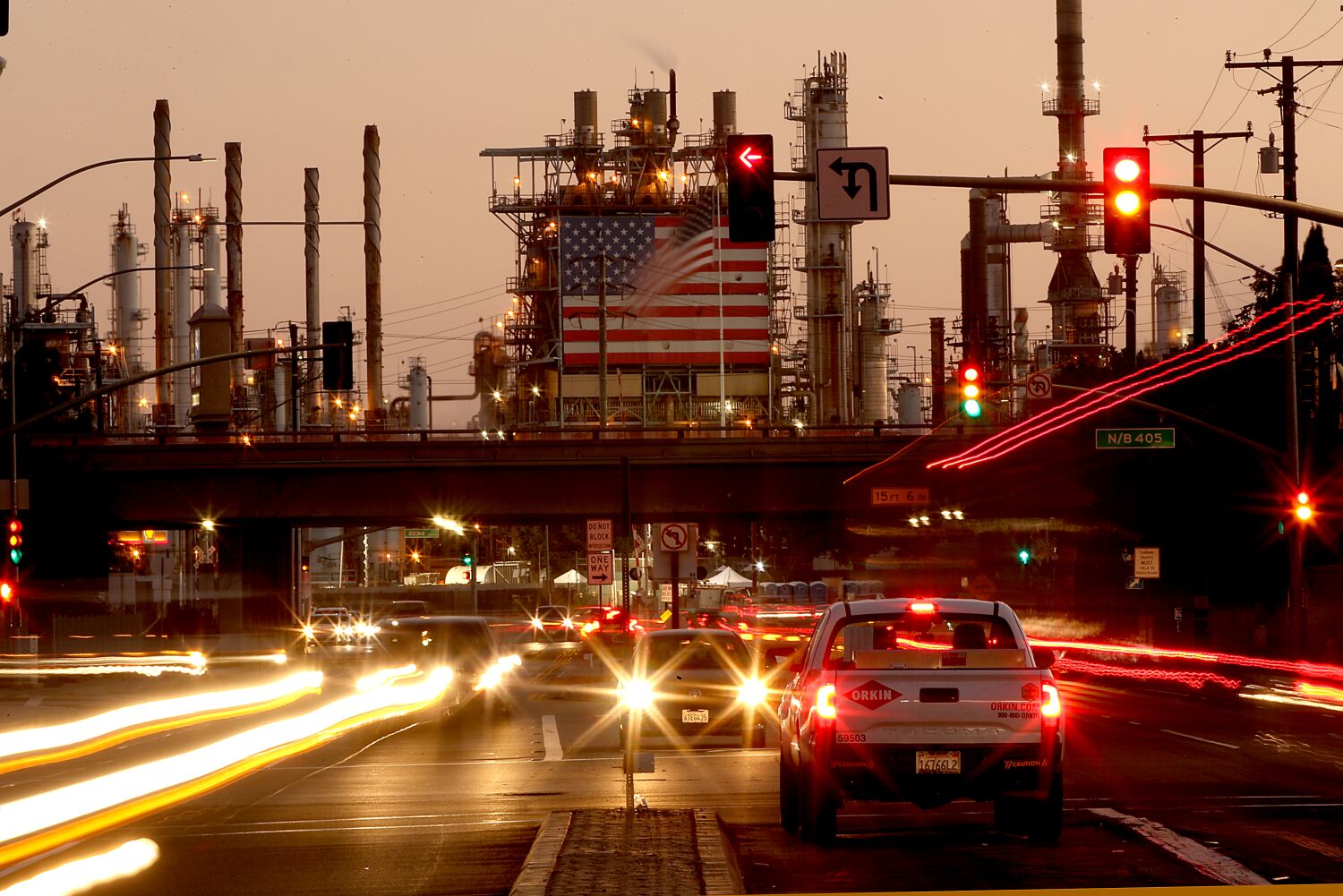 In August, California regulators issued a mandate that was as dramatic as it was historic: banning the sale of most new gasoline-powered cars and light trucks by 2035 in favor of electric vehicles.

Support for the mandate was fairly widespread among voters of different ages, races and ethnicities. The biggest dividing line is politics, with conservative voters opposing the mandate and liberals supporting it.

On electric vehicles more than most issues, however, even a minority of the opposition could seriously hamper the policy’s success, as voters are also consumers who will be buying cars and trucks in the next decade.

Overall, just over 1 in 4 California voters think the state is moving too fast on its policies to address climate change, and another 1 in 4 say the pace is about right.

But the largest bloc, just under 4 out of 10, says the state isn’t moving fast enough. Self-styled liberals dominate this group; The too-fast side is dominated by self-proclaimed conservatives.

On another important energy policy issue, a large majority of voters back the plan approved by the Legislature and Gov. Gavin Newsom in September to keep the Diablo Canyon nuclear power plant open for another five years. Newsom proposed the plan to help the state avoid power shortages while additional solar, wind and other renewable sources are built.

Voters overall support Diablo Canyon’s plan between 56% and 19%, with 25% undecided.

Although the plan to extend the life of the state’s only nuclear power plant came from Newsom, conservative voters support the plan the most — more than two-thirds of them are in favour.

Liberals are the least supportive, reflecting their longstanding skepticism about nuclear power. But even among those who describe themselves as “strongly liberal”, supporters outnumber opponents by between 43% and 29%.

Male voters are significantly more in favor of keeping Diablo Canyon open than women, with 72% of men and 41% of women supporting it.

The California Air Resources Board’s electric vehicle mandate aims to drastically reduce greenhouse gases and other pollutants. About 40% of California’s greenhouse gas emissions come from cars, trucks, ships, trains and planes. In order to meet the state’s ambitious plan for California to be carbon neutral by 2045, policymakers believe it is essential to be stricter on transportation.

The plan also includes significant national policy deployments. California, a national leader in reducing traffic pollution for decades, has taken the lead in mandates and incentives to drive electric vehicle adoption. Just as California set the pace for other states’ emission limits for gasoline and diesel engines, more than a dozen states are following suit with regulations to reduce automotive emissions.

The state’s plan to meet the 2035 goal: restricting the supply of new internal combustion engine cars while encouraging people to buy electric cars, in part through government incentives, financial and otherwise.

The survey shows that the target could be difficult to hit. Although a majority of voters support the mandate in principle, just 20% say they are likely to go fully electric next time they buy a new car or truck. About 4 in 10 say they would prefer a plug-in hybrid, while 3 in 10 say they are likely to buy another traditional petrol-powered car. A strong increase in the number of plug-in hybrids would bring the country closer to its climate goals, but would not fully meet them.

To move from the current 16% to 100% new EVs by 2035, state officials are targeting EVs to account for 35% of sales by 2026 and 68% by 2030. If EV sales are well below that, the 100% target for 2035 may require an adjustment. It’s happened before: In the 1990s, the California Air Resources Board withdrew from zero-emissions mandates when it became clear automakers would not meet them.

The fact that only 20% of voters plan to buy an electric vehicle does not mean that the mandate is doomed, at least not initially. Commercial fleet sales are expected to account for a large chunk of EV sales as companies decide a switch can save them money as bank-installed charger banks ease concerns about vehicles’ range.

The consumer market is a different story. When asked what kept them most from going full-electric, voters most often cited cost, with range concerns and the lack of public charging stations also prominently cited.

Although the average cost of a new electric car is $60,000, this is expected to fall as more affordable electric models are introduced over the next few years. Billions of state and federal dollars are being spent building public charging infrastructure that is in disrepair.

Jessica Caldwell, an auto market analyst at Edmunds who tracks auto sales, said she wasn’t surprised by the level of resistance because many people are opposed to government orders in general. Whether the results point to longer-term resistance to buying an electric car or truck is worth watching closely, she said.

“It’s hard to imagine what the future looks like after 2022,” she said.

More than 100 new EV models will be introduced over the next few years, many much more affordable than what’s available today, Caldwell said.

Opposition to the mandate seems overwhelmingly ideological, as does skepticism about electric vehicles overall. Voters who describe themselves as conservative reject the mandate by a wide margin. Self-proclaimed Strong Liberals support them at 88% to 8%. Moderates support it with 53% to 40%.

In California, the Liberals clearly outnumber the Conservatives, but again, the opponents, whether moderate or conservative, are also car buyers.

Although some commentators have suggested that support for the electric vehicle mandate comes only from white liberals and that Latino voters and immigrant communities would oppose it, the poll refutes this.

There is a significant difference by education, with those voters who have a high school education or less evenly split the idea, while those with a college degree or higher support it by about 2 to 1.

In addition to the ideological divide, there is also a large age divide when it comes to whether the state is moving too quickly in passing measures to tackle climate change: almost half of voters under 30 say the state is not acting fast enough; Voters aged 65 and over are roughly evenly split between the three opinions—too fast, too slow, or about right.

Among Hispanics, Blacks and Asians, about 4 in 10 say the state isn’t moving fast enough. About a third of white voters hold each of the three views, reflecting the larger proportion of conservatives in the white population.

The Berkeley IGS poll was conducted online September 22-27 among 8,725 California-registered voters. The sample was weighted to match census and voter registration benchmarks. Accurate estimates of margin of error are difficult because of the weighting, but the results are estimated to have a margin of error of about 2 percentage points in either direction for the entire sample.

Dodgers roundtable: After 111 wins, can they get the 11 most-important ones?