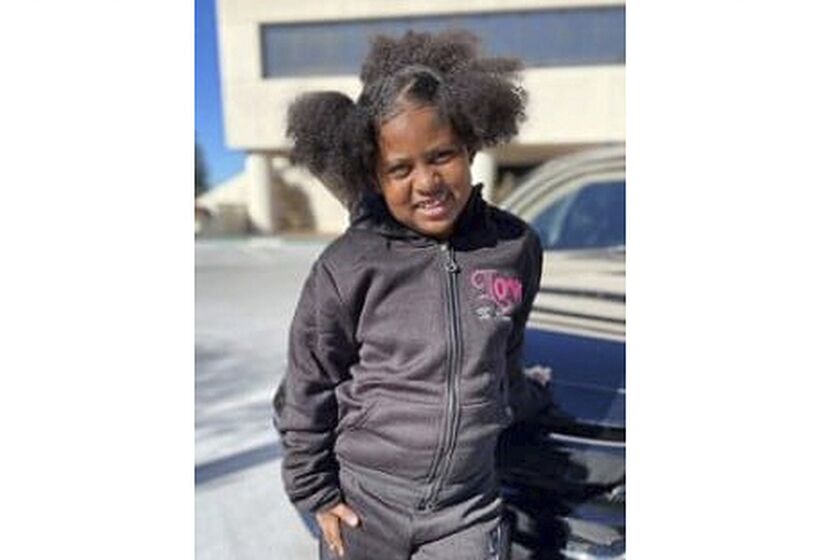 A man was arrested Saturday in the Bay Area city of Newark on suspicion of murdering an 8-year-old girl whose body was discovered at his Merced home, sparking a months-long search for the suspect, the California Attorney General’s Office and Merced finished police announced.

Dhante Jackson has been charged with the murder of Sophia Mason, who authorities said was “forced to live in a shed in Jackson’s backyard” and suffered “sexual and physical abuse.”

The girl’s mother, Samantha Johnson, was charged with murder and child molestation in March. Jackson, her 34-year-old boyfriend, was the subject of an arrest warrant and had been on the run for nearly six months when authorities found him hiding in Newark, the attorney general’s office said.

Sophia was last seen by the family in December. She was reported missing to Hayward Police in March, authorities said.

Four others — one in the Bay Area and three in Newark — were charged with helping Jackson evade arrest. Their names were not immediately available.

“The pain of losing a child is unimaginable – especially if that child was a victim of abuse. We mourn with Sophia’s family and loved ones and recognize that she should be here with us now – playing, learning and growing up.” atty General Rob Bonta said in a press release, adding he hopes the arrest “will bring a measure of comfort to those who loved this young girl, knowing that those accused of her murder are now facing these allegations.”

Why Crime Is Scarier Now