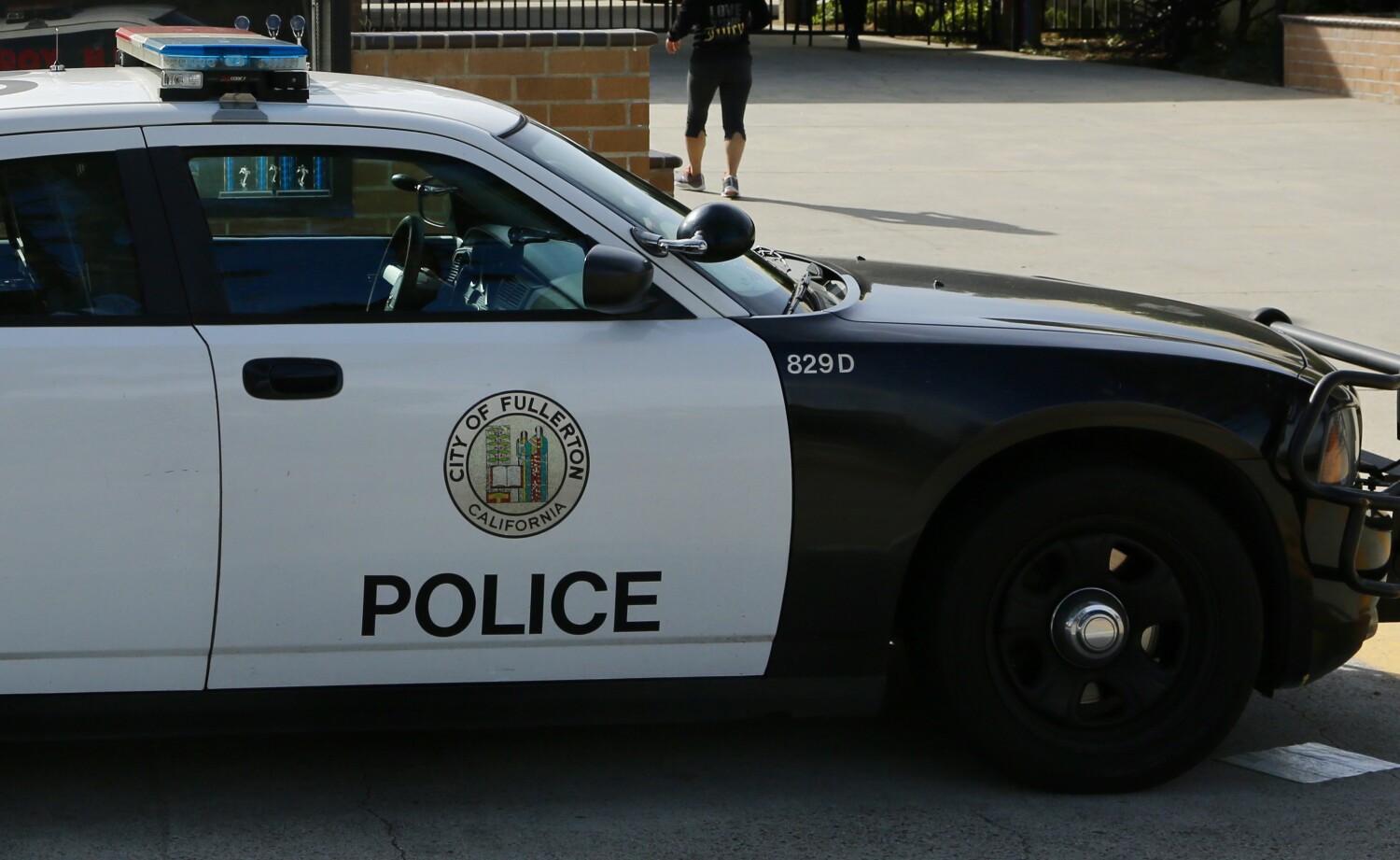 A motorist has been arrested in connection with the fatal hit and run of a 67-year-old cyclist in Fullerton on Thursday, police said.

Ocampos was driving a green 1999 Ford F-250 traveling westbound on Chapman Avenue around 5 a.m. when he struck Andrade from behind as he approached Ladera Vista Drive, police said. Ocampos then fled the scene.

“The cyclist was thrown from his bike and hit a brick planter,” police said in a statement. “The vehicle continued west on Chapman Avenue, leaving a debris field in its wake as it hit the sidewalk multiple times.”

Arriving at the scene, officers found the cyclist, whom the family identified as Elfego Andrade, lying on the road. Andrade was taken to a local hospital where he died, authorities said.

Police were later contacted by a witness who was following Ocampos’ truck traveling west on Chapman Avenue. The vehicle was missing a tire, the witness said.

The witness followed the truck to the Delphine and Jacaranda Place area, where Ocampos got out of the vehicle and fled on foot, police said. He later called the police and turned himself in.

Andrade’s family set up a GoFundMe page to help with funeral expenses. They said Andrade was cycling to work when the collision happened and was just celebrating his 50th wedding anniversary with his wife, according to the website.

“He was a godly man who worked incredibly hard to support his family,” the family statement said. “He was an incredible husband, father, grandfather and great-grandfather. We ask that you pray for our family in times of need as we mourn. We would like to thank everyone for the endless love and support we have received.”

Anyone with information about the incident is asked to contact Fullerton Police Department Accident Investigator J. Manes at (714) 738-6812 or email joshua.manes@fullertonpd.org.

Barabak: Why House is likely to flip but Senate’s a toss-up

Karen Bass is a victim. Why the questions about stolen guns?