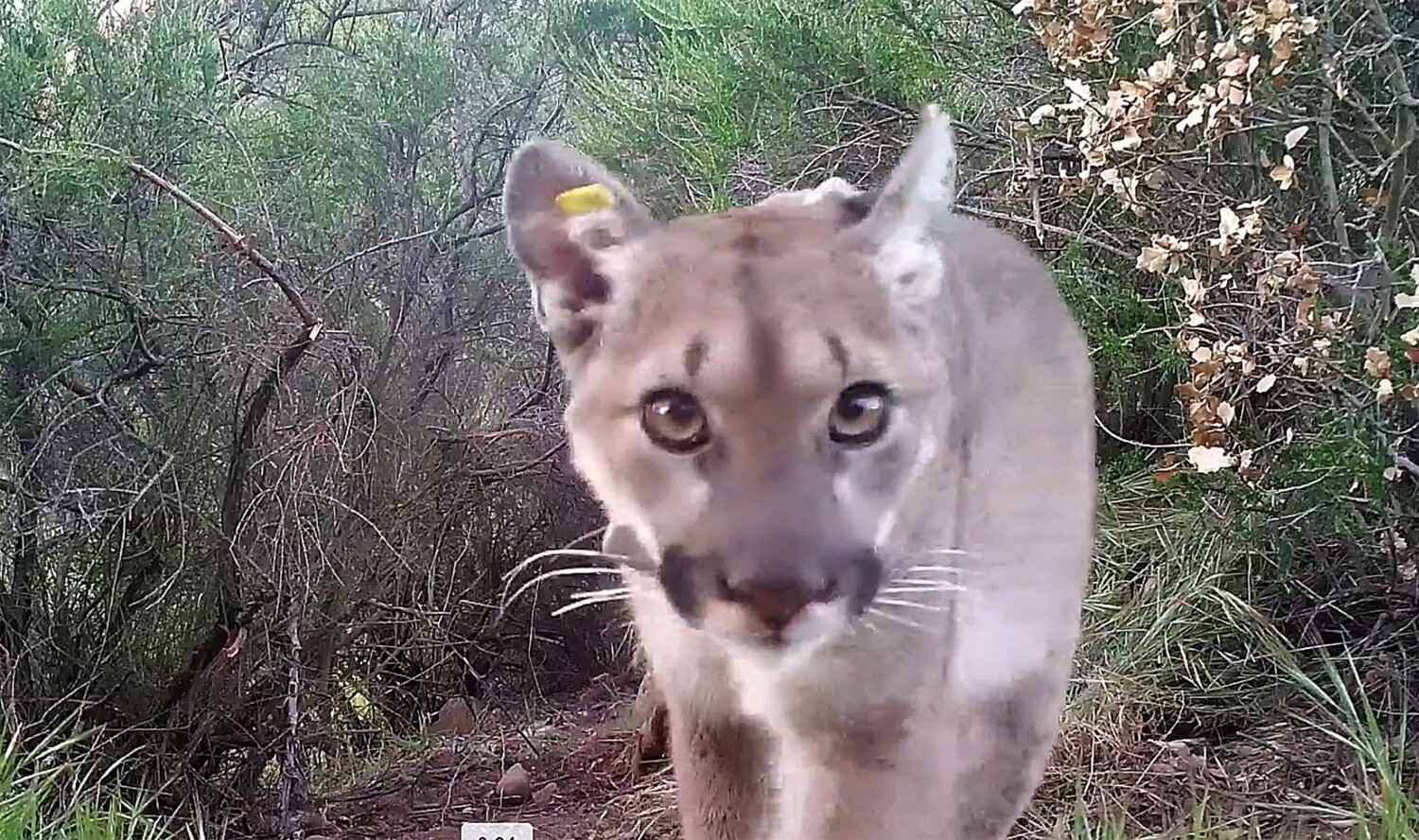 A mountain lion was struck by a vehicle and killed on Friday in the Santa Monica Mountains, not far from where her mother was killed in a 2018 accident, the National Park Service said.

P-54, born in 2017, was struck around 9:30 a.m. on Las Virgenes Road between Piuma Road and Mulholland Highway and became “the latest grim statistic for regional mountain lions,” the park service said in an Instagram post.

The lion will be taken to California’s Animal Health and Food Safety Laboratory in San Bernardino for a full autopsy.

She is the 29th mountain lion killed by a vehicle in the Park Service’s Puma Study Area — which includes the Santa Monica Mountains, Simi Hills, Griffith Park, and the Santa Susana and Verdugo Mountains — since 2002, including 10 lions killed with Park officials were collared and followed.

At the time, P-54 was one year old and “in the early end when kittens usually leave their mother,” the valet said. P-23 was 5½ years old when she was killed.

“He was 18 months old and had recently separated from his mother, P-54,” the park service said.

P-97 was attacked and killed a day before work began on a wildlife bridge over the 101 Freeway in Agoura Hills to encourage safe crossings for mountain lions and other wildlife genetically isolated by the freeway.

The bridge, funded by $87 million in donations, is scheduled for completion in 2025.

LA’s mountain lions are restricted to small territories by the region’s roads and highways, resulting in the lowest genetic diversity documented for the species, alongside the critically endangered Florida panther.

Because of the resulting inbreeding, vehicle deaths, urban encroachment, and other threats, there is a nearly 1 in 4 chance, according to some recent studies, that the mountain cats of Santa Monica and Santa Ana could become extinct within 50 years .