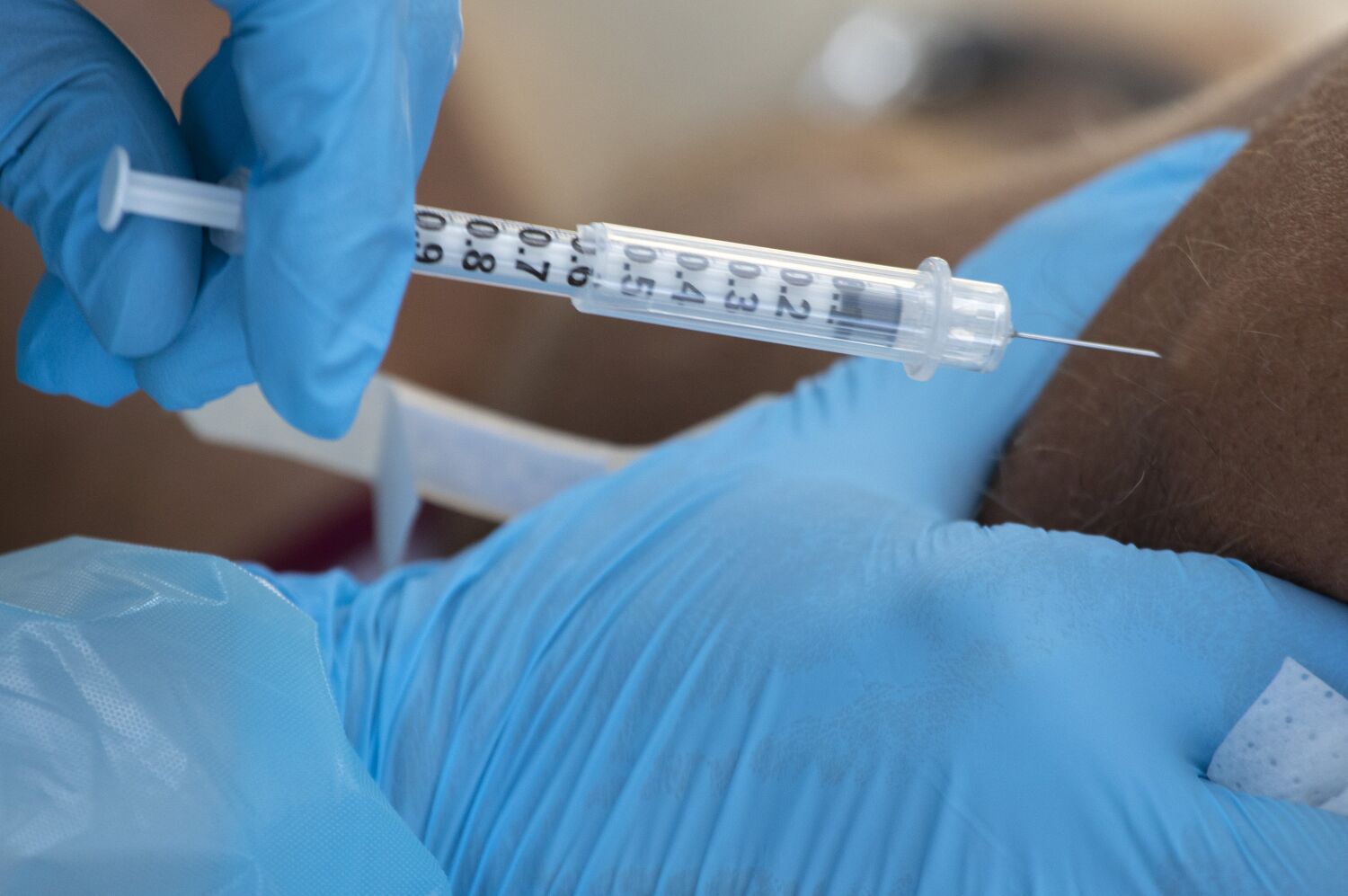 MPX vaccines are easier to get than ever.

LA County has expanded eligibility for the vaccine, making it more widely available at walk-up clinics across the county.

Cases of MPX have cratered after an exponential rise in early August. An encouraging bar chart from the LA County Department of Public Health visualizes the precipitous drop: In August, there were over 200 new MPX cases in LA County each week. But in the first week of September there were only 148, and the numbers have continued to fall. Countrywide data shows similar trends.

Cases of this outbreak continue to spread, mainly among men who have sex with men and transgender people, although anyone can contract the virus. MPX is not easily transmitted, but typically spreads through close skin-to-skin contact, which may involve sex.

The county has administered more than 60,000 first doses of the MPX vaccine. Following a shortage of Jynneos vaccines this summer, availability across the country has increased dramatically, further expanded by a new method of administering the vaccines that requires only a fraction of a full vial.

Who is eligible for the MPX vaccine?

Eligibility has been extended to include individuals who may be at risk for future exposure to MPX. Several groups are newly eligible for an MPX vaccine starting September 8: All gay or bisexual men; any male or transgender person who has sex with male or transgender people; Persons of any gender or sexual orientation who engage in commercial and/or transactional sex, including in exchange for goods, services, food and shelter; anyone with HIV; and anyone who has had skin contact or intimate contact with someone with a suspected or confirmed case of MPX, even if the case has not been confirmed by the health department.

Anyone previously eligible for vaccination against MPX remains eligible in LA County. This includes gay or bisexual men or transgender people who meet at least one of the following criteria:

The county does not require people to show ID to get the vaccine, but recommends that people use the same name that appears on their ID if they need to get their vaccination card at some point in the future. Vaccination centers will ask you to confirm your eligibility to receive the vaccination yourself.

Where can I get the MPX vaccine?

You can visit Myturn.ca.gov to schedule your two-dose MPX vaccine at a pharmacy or to find an outpatient clinic. While you’re there, consider getting your updated Omicron booster for COVID-19.

You can also get an MPX shot at any of the following public health clinics:

Do not go to a vaccination center if you have symptoms or think you have MPX. Call your doctor or the Department of Health at (833) 540-0473.

What about the second vaccine dose?

The Jynneos vaccine is said to be a two-dose regimen, separated by about four weeks. Officials encourage people to get both doses for optimal protection.

In mid-September, LA County health officials said only about a third of people who were eligible for their second shot had received it.

What treatment is available for MPX?

While most people recover from MPX without medical intervention, the Food and Drug Administration has approved an antiviral drug that can be used in certain severe cases. Tecovirmat, often called TPOXX, has become much more accessible to MPX sufferers in recent weeks after initially being very difficult to find or get prescribed. The drug is only for use in severe cases, or in people at higher risk of serious medical conditions, which include those with compromised immune systems, those who are pregnant or breastfeeding, or children, according to the CDC.

As of Sept. 16, nearly 400 people in LA County had received TPOXX, which is most commonly prescribed for severe pain or because of a lesion in a tender area, according to the county health department. The vast majority were not hospitalized, and about half had HIV.

Severely immunocompromised people are at risk for serious disease from MPX and have been advised to “seek medical attention and treatment early and have provider care throughout the disease course,” said Dr. Rita Singhal, chief medical officer for the LA County Health Department.

Has the name of this virus changed?

But amid widespread concerns that the virus’ original name is racist and stigmatizing, the World Health Organization and other public health officials have pledged to find a replacement. The WHO has started the formal process of renaming the disease, although it will likely take months.

Meanwhile, California health officials have started calling the disease MPX — pronounced mpox — which The Times has also adopted for their coverage.

https://www.latimes.com/california/story/2022-09-20/mpx-vaccine-eligibility-availability MPX vaccine eligibility and how to get one

The Best Men's Hats, Caps, and Beyond to Top Off Your Fit