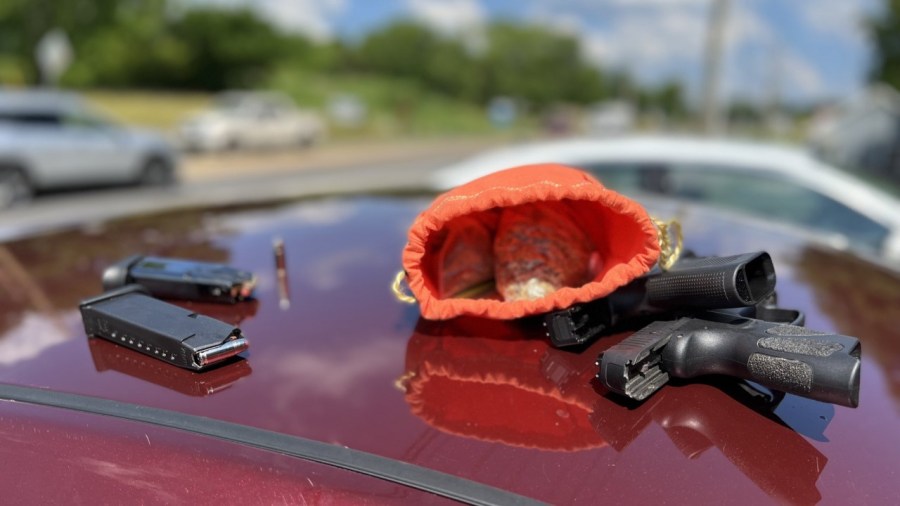 According to Mount Juliet Police, officers received and responded to a traffic incident on the Lebanon Strait. Upon arriving at the scene, they located the suspect car and arrested a 17-year-old Nashville man who reportedly pointed a gun at a motorist.


Police found two handguns and several drugs, including ecstasy pills and marijuana, on the teenager. The teenager drove without a license.