RAW star Mustafa Ali reflected on his match against Cedric Alexander at WrestleMania 34.

Ali and Alexander’ Mania’s first match happened during a pre-screening, which was attended by John Cena. The two clashed for the WWE Cruiserweight Championship, which Alexander won.

During his appearance on El Brunch de WWEAli said he was nervous before the game but calmed down after speaking to the referee:

“I had the opportunity to wrestle Cedric Alexander at the Cruiser Class Championship final and I believe it was New Orleans? Yes, and there was so much weirdness to it, that John Cena was in the crowd. the crowd watched us wrestle, and we didn’t know about it’ until, like, a little bit before the game… It’s something you’ve dreamed of since you were a kid and quite literally … But this WrestleMania, this match was the only time I felt like my heart was pounding out of my chest and I was, like, I don’t know if I could do this… It’s a problem big for me… luckily, one of my good friends works there, he’s the referee Jason Ayers, he saw it coming to me and he pulled me over one side and he has to remind me who I am. Without him, I definitely think I would have wrapped myself in my head.” (H/T: TIPS) 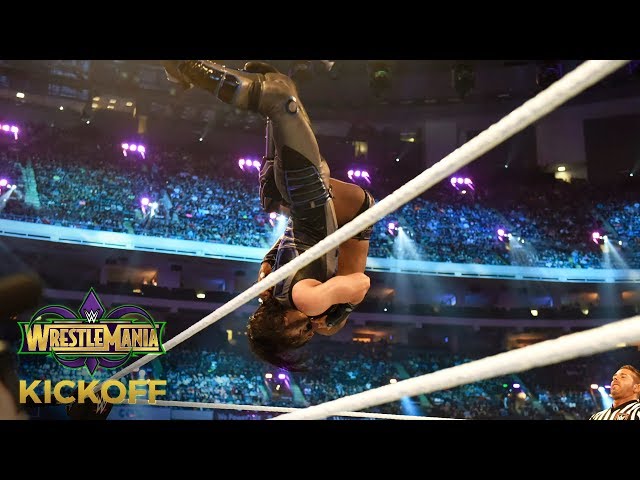 Ali is currently starring in a storyline with Theory on RAW for the US WWE title. If the two compete for the title, and the former wins, it will be his first championship in WWE.

Mustafa Ali has recently returned to the company, and maybe it’s time for him to get hold of some gold. He definitely deserves a title.