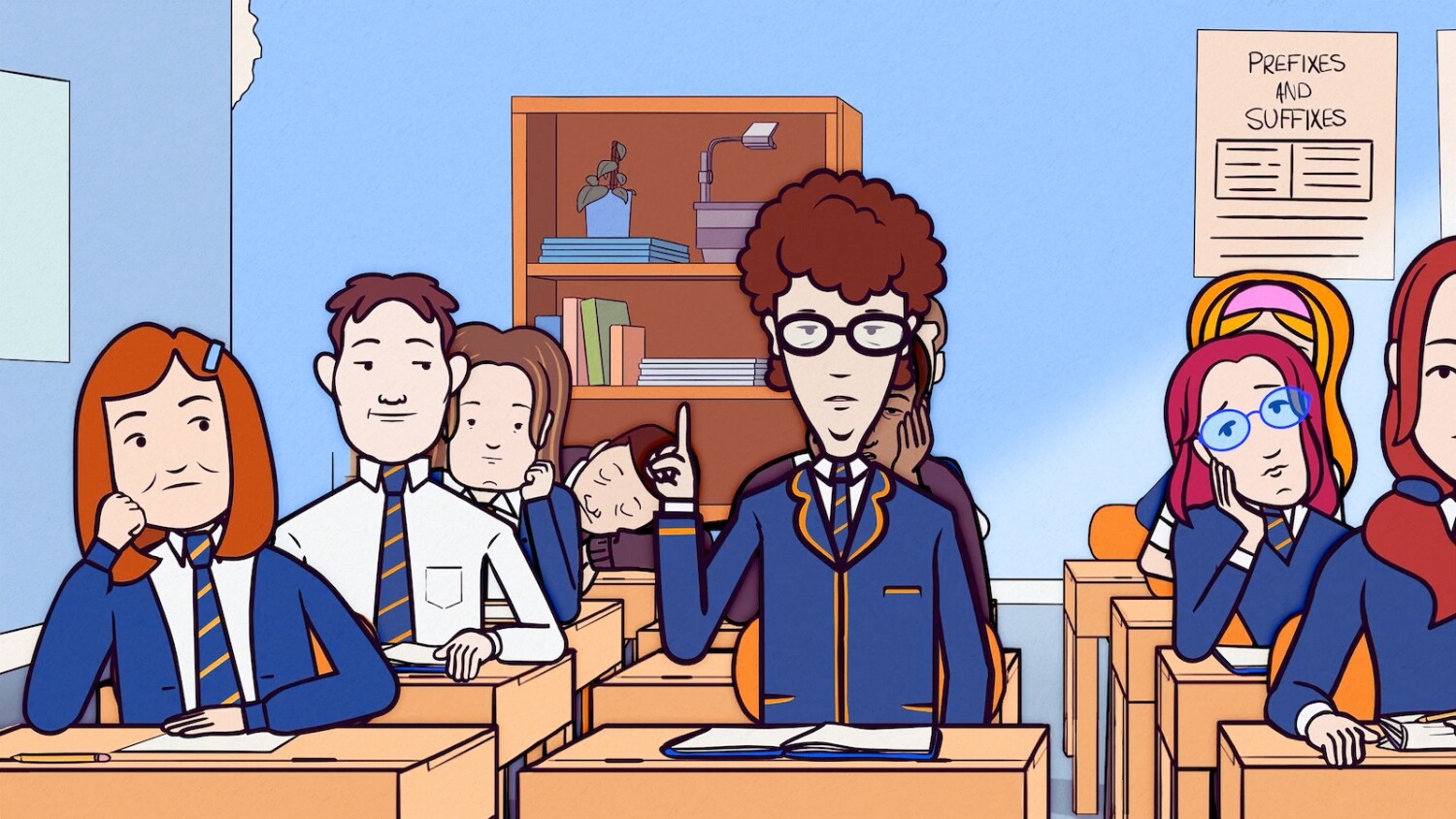 The odd case of Brandon Lee, an enigmatic 16-year-old who arrived at Bearsden Academy near Glasgow in 1993, is told twice in the generally amusing if perhaps overly insensitively light-hearted Scottish documentary My Old School.

First, director Jono McLeod narrates the early impressions of Lee’s classmates through interviews conducted in a set that mimics a classroom and 2D animated sequences reminiscent of the style of MTV’s 1990s high school series “Daria.” Each of them, now grown, remembers their intelligence and enigmatic maturity for someone their age.

McLeod’s unparalleled access to this community comes from being one of the teenagers who went to school with Lee. Once the boy’s shocking true identity is revealed, the story is revisited with the new information, forcing anyone who interacted with him to reconsider their opinion of the ordeal of the event.

Archival news and talk show footage, as well as a video of a school play, reveal the physical characteristics and personality of the actual person once known as Brandon Lee (presumably citing the name of Bruce Lee’s tragically deceased son, who died in 1993).

From the candid testimonies and Lee’s own testimonies, a contradictory portrait of this character emerges, one that touches on his obsessive dream of becoming a doctor by any means necessary, the untimely deaths of his parents, and the friendship and care he afforded to the lowliest in the hierarchy of the social life of young people.

But by exploiting this anecdote about a con artist hiding in plain sight for its entertainment potential, “My Old School” feels dismissive of Lee’s true motives and gets caught up in the simplistic moral judgment of his questionable actions.

Still, the varied narrative devices and underhand construction to keep the mystery as long as possible deliver an immersive film that’s best enjoyed if you refrain from searching for the plot online before watching.

Ultimately, McLeod misses an opportunity to question the adage that it’s never too late to pursue your dreams, the value we place on the seemingly limitless promise of youth, and how institutions and society dwell on the expiry date of prime years think of a person.

How to Find Your Photography Style: 8 Tips

NRA Convention Is a Gun Celebration 300 Miles from Uvalde