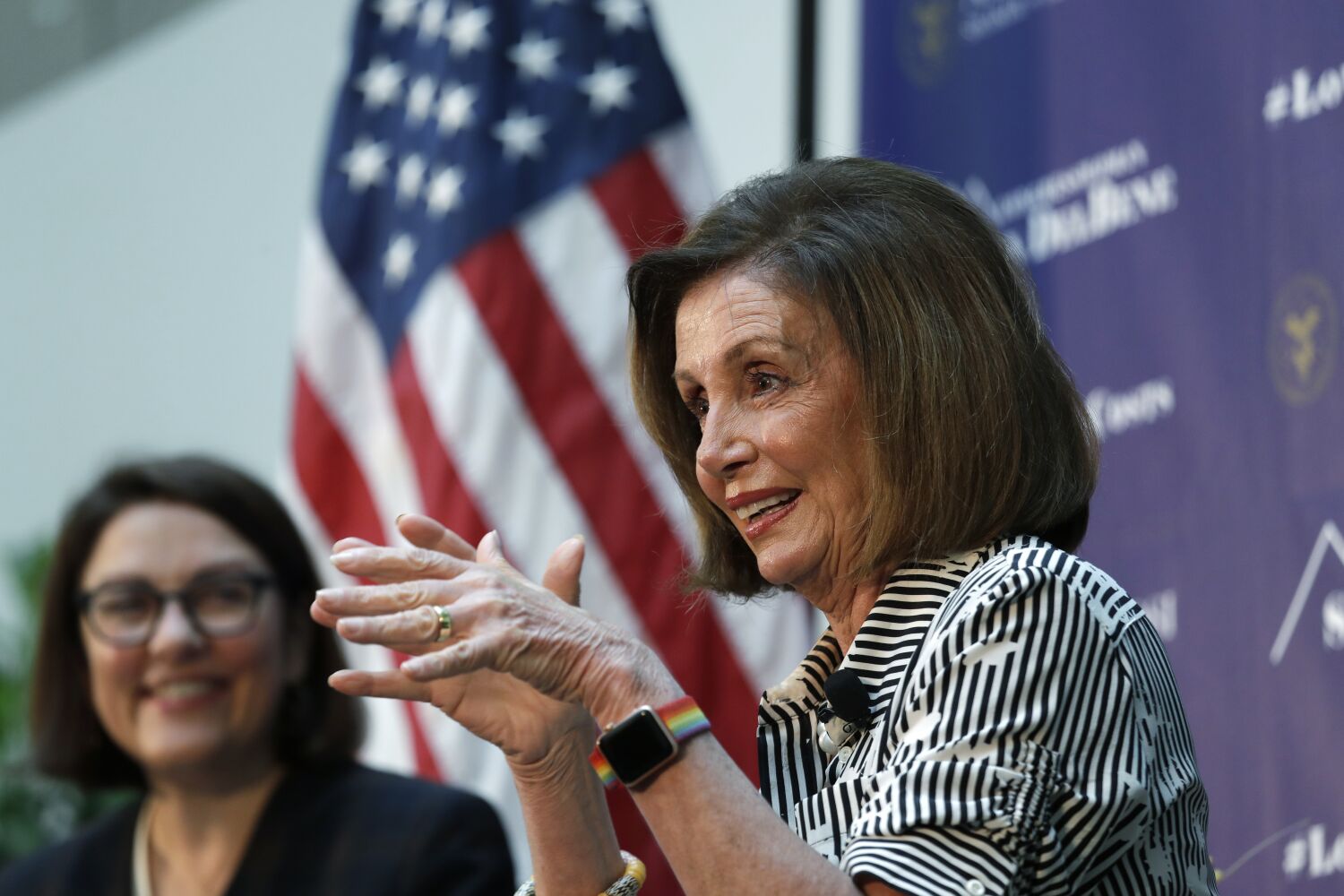 House Speaker Nancy Pelosi declined to say Sunday whether she would run for the powerful leadership position again, but said, “I have no plans to resign from Congress.”

Pelosi (D-San Francisco), who has served as speaker since 2019 after a previous tenure from 2007 to 2011, said she is making “no comments” on the speakership “until the conclusion of this election.”

The comments were made during an interview with George Stephanopoulos on ABC’s This Week. and came after her husband, Paul Pelosi, suffered a fractured skull and other injuries when an attacker broke into their San Francisco home with a hammer.

“He’s good day after day, he’s improving. It will take a while. But we were so comforted by so many prayers and well wishes and even people saying, ‘I didn’t want to vote, but now I’m going to vote because that’s gone too far,'” Pelosi said.

Pelosi heralded unexpected victories for Democrats across the country and credited the “people before politics” message, despite fears that national issues like inflation would benefit Republicans.

“They never accepted the expressions of opinion they couldn’t win, they had courage, they had purpose and they understood their district,” she said. “I hope that’s a lesson because sometimes it really puts a strain on the vote when people say 18 months into the election it’s all over. We never accepted that.”

Democrats retain control of the Senate, while control of the House of Representatives is too close to call as absentee ballots continue to be counted.

Pelosi, who called on President Biden to run for re-election, said Democrats were “very proud of the result” nonetheless.

“Whatever the outcome, we are on our way to moving our country to a better place than being dragged down by the other side,” Pelosi said.

https://www.latimes.com/california/story/2022-11-13/will-nancy-pelosi-run-again-for-speaker-of-the-house Nancy Pelosi will stay in Congress; speakership in question

Democrats Can't Count on Trump in 2024