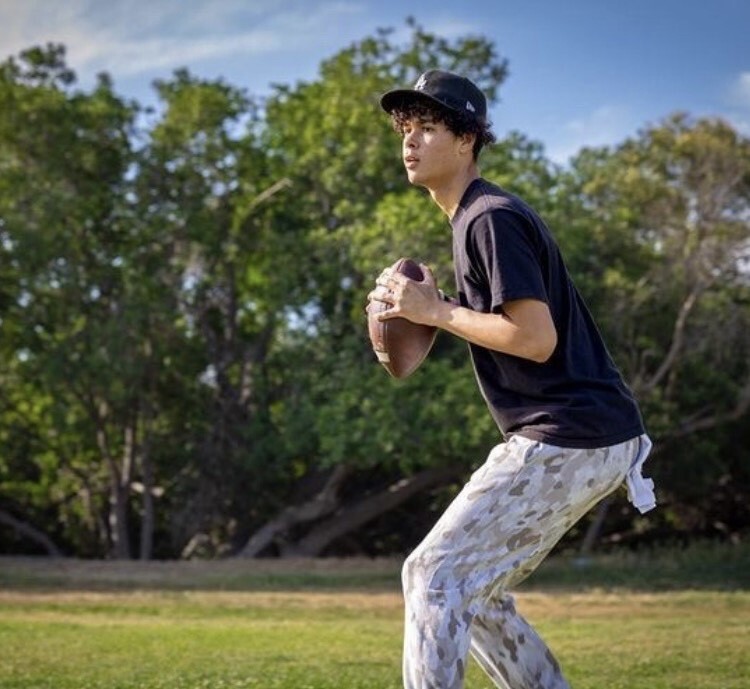 There are signs that the City Section’s former power, Narbonne High, is beginning to rebound after hitting rock bottom.

In 2019, with Narbonne players leaving in a mass exodus due to rule violations that resulted in a two-year playoff suspension, North Torrance freshman quarterback Ryan Corley was looking for a new school. He had just finished his freshman year in football, but he was tall. He was passionate. And he found his way to Narbonne.

Nearly three years later, perched atop the broad shoulders of 6-foot-4 Corley, a Narbonne team that won 2-9 the previous season but advanced to the Division III finals made it into the championship game of El Camino Real. On Seven Passing Tournament Saturday. It wasn’t a cakewalk – the Gauchos beat defending Open Division champions Birmingham before falling to Simi Valley.

“We just have a big chip on our shoulder,” Corley said.

That chip, the senior quarterback said, came from a collective knowledge of what Narbonne was: a consistent powerhouse and 10-time City champion. Head coach Malcolm Manuel, privy to the midst of the pandemic, preached a saying during a bumpy last season: “brick by brick”.

The way forward is being built.

Narbonne thrived on Saturday thanks to what Manuel described as a “quick” offense aimed at opening up and taking advantage of Corley’s arm strength when secondaries pushed to take away the short game.

“It’s pretty nice to have someone who can place it in a tight space,” Manuel said.

This will be Corley’s first full year as Narbonne’s starter, having slipped into the role mid-season in 2021. When asked about recruiting interest, he said he was simply focused on going to college. However, he carries himself with the calm demeanor of a seasoned starter and top recruit.

The arm talent was always there for the lanky Corley, said Manuel.

“Last year I was confident that I could make the pitch, but maybe I just wasn’t sitting in there and I was afraid to throw a pickaxe,” Corley said.

It’s easier for Corley to feel confident with his 6-foot, 230-pound junior tight end and “security blanket,” Victor Carbajal, as Manuel described him. The two bonded early and often.

“That’s my type,” Corley said of Carbajal. “I definitely trust him.”

Last year at the same time, the 7v7 defeat didn’t upset the Narbonne group. But players’ faces turned dark and body language sour after losing Saturday’s final, unwilling to hit the exits despite the sweltering heat flirting with triple digits.

It was a sign for Manuel that his team was ready to compete.

Forty miles north of home, as a merry crowd squished like sardines at King/Drew’s home basketball court to spend an afternoon watching LeBron James bully Drew League players, the Golden Eagles football team did their best to get by to take care of yourself. In preparation for the inaugural season, head coach Joe Torres was so eager for snaps that he volunteered to field two King/Drew rosters at the El Camino Real tournament after some teams pulled out.

The program may lack experience but not commitment, as Torres estimates it will carry around 80 in the fall. Keep an eye on 6-4, 215-pound second running back Chinedu Onyeagoro and 6-2 junior Sadiq Henry, both of whom play basketball at King/Drew and could burst onto the stage.

Birmingham second quarterback Kingston Tisdell and wide receiver Peyton Waters continued to show strong quarterback-receiver connection. Tisdell worked well down the middle of the field, uncorking an impressively deep throw in the Patriots’ first game against Hamilton, and Waters secured almost every pass in his radius, even when thrown in the back of his defenseman. The open question for coach Jim Rose: Who starts at running back?

It could be a rebuilding year for Palisades, which ended 11-1 last year but lost more than 30 seniors, according to coach Chris Hyduke. Three different quarterbacks went in and out Saturday, each with a starting opportunity. Hyduke had so many undergraduates on the school list that he could hardly remember anyone’s last name. The silver lining: Sophomore Dylan McDowell, a 6-3, 320-pound lineman that Hyduke called “legitimate.”

USC, UCLA are negotiating to leave the Pac-12 for the Big Ten