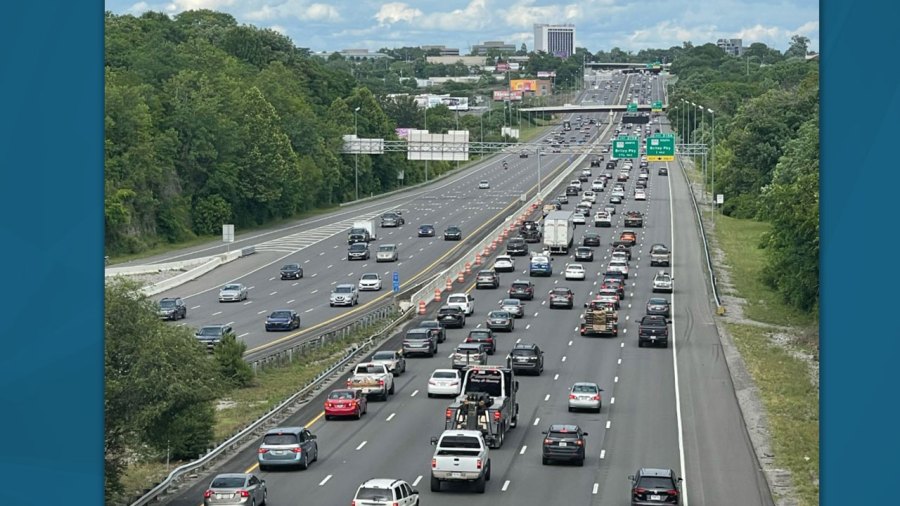 NASHVILLE, Tenn. (WKRN) — As millions take to the streets this Memorial Day weekend, let’s take a closer look at traffic patterns in Nashville, which are returning to pre-pandemic levels.

According to the AAA, more than 39 million people are expected to travel 50 miles or more from home this Memorial Day weekend. This is an increase of more than 8 percent compared to 2021 and brings travel volume almost to the level of 2017.


As part of TDOT’s SmartWay system, radar detection tracks vehicles so they can monitor traffic. Statewide Urban Freeway Trends show that Tennessee’s traffic is about 5% lighter than it was in 2019, before the pandemic.

TDOT officials said there have been some notable changes and that the traffic patterns we are seeing today appear to be the “new normal”.

“Since September it’s probably been pretty consistent and there are some peaks and troughs but overall it’s pretty consistent what we’ve seen as traffic returns to what some people will call sort of a new normal but I think You see a lot of people are working from home or doing different things so they don’t have to travel at the same time,” TDOT state transportation engineer Nathan Vatter told News 2.

At the peak of the pandemic, volume on Tennessee streets was down about 40 percent compared to 2019. The biggest drop was in April 2020, but Vatter said volume is back.


“Traffic has returned to a slightly different pattern since the pre-pandemic,” he explained.

Nashville has about 5 to 10 percent less traffic than in 2019, Vatter said. This is the largest reduction compared to other metro areas like Memphis, Knoxville and Chattanooga, which have returned to normal.

TDOT figures show that we are seeing a slight drop in drivers during the morning and afternoon rush hours, suggesting more people are working from home.


The most surprising change concerns the night hours.

“That’s quite surprising, but that was the biggest drop, and we saw a 30, 40 percent drop in traffic in the Nashville area overnight,” said Vatter, who couldn’t pinpoint the reasons.

He urged everyone to buckle up and slow down this bank holiday weekend as there have been more deaths on the roads in the wake of the pandemic, with more than 13 hundred in 2021 up from the previous decade.

“I would expect a lot of people to be out and about this weekend. We haven’t seen a big dip since fuel prices went up so I would expect everyone to be ready to start their summer and be safe on the road.”

Vatter said that 46 percent of people killed in accidents are not wearing seat belts.