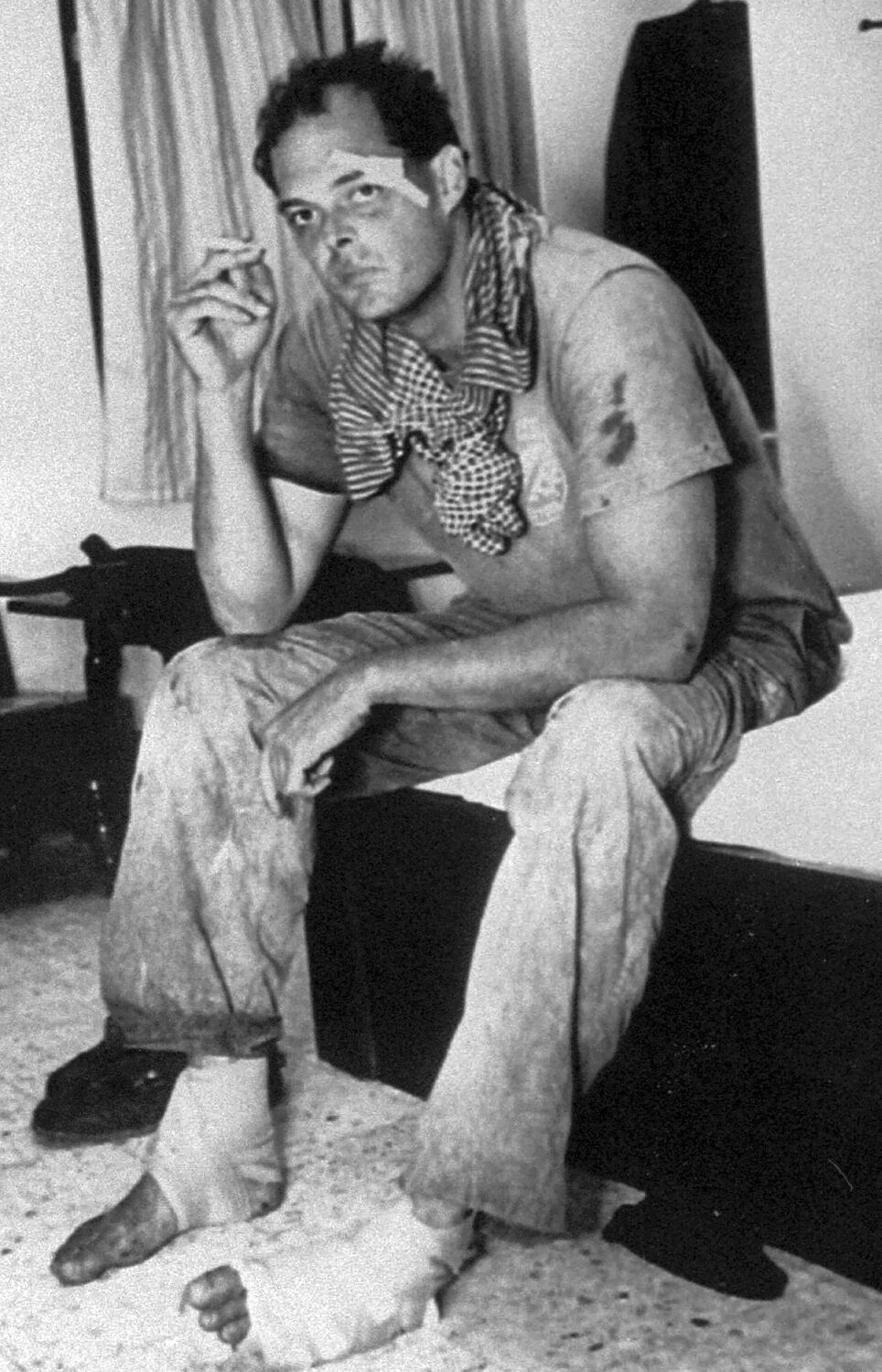 Thayer was found dead Tuesday by a friend at his home in Cape Cod, Mass., his brother Rob Thayer said.

He had been suffering from multiple ailments for several months and the cause of death was listed as natural causes, Rob Thayer said, adding that he last spent time with his brother on Sunday.

Thayer has worked at various times for the Associated Press, Jane’s Defense Weekly, the Phnom Penh Post, the Washington Post, Agence France-Presse and Soldier of Fortune Magazine, while also working as a correspondent for Hong Kong-based Far Eastern Economic Reports Note that he scored the interview with Pol Pot published in October 1997. It was the reclusive leader’s first interview in almost 20 years.

Meanwhile, the rebellious movement in Cambodia had turned against him.

“After a series of clandestine rendezvous using encrypted cellphone messages, I slipped into one of the most impenetrable, malaria-ridden, and landmine-ridden jungles in the world: Khmer Rouge-controlled northern Cambodia,” Thayer wrote.

The leader of the communist Khmer Rouge, under whose regime some 2 million Cambodians died, shocked the world by saying his “conscience is clear”. He blamed his country’s historic enemy, Vietnam, for the mountains of human skulls in the country’s “killing fields” and asked for international compassion for his own ill health and personal suffering.

Thayer “had spent years forging contacts within the Khmer Rouge, Thai intelligence and elsewhere to gain that access, and seized an opportunity just as the movement turned itself around,” wrote his Editor at the Review, Andrew Sherry, in 2005. “By no means an apologist for the Khmer Rouge, he painted a straight, candid picture of the past and present, and confronted Pol Pot with evidence that he was a mass murderer.”

Pol Pot died in April 1998, widely viewed by world leaders as an agent of evil.

Thayer was also involved in a public feud with ABC’s “Nightline” and Ted Koppel over a Pol Pot storyline that ended with Thayer turning down a prestigious Peabody Award.

Thayer sold the story to ABC knowing it would be a week-long exclusive with North American television rights only. But he said ABC circulated the story worldwide and posted photos on its website, hijacking Thayer’s own print account for the Far Eastern Economic Review.

“Ted Koppel and ‘Nightline’ literally stole my work, took credit for it, belittled it, refused to pay me, and then tried to bully and blackmail me when I complained,” he wrote in a letter , in which he rejected the Peabody.

ABC said pre-air promotion was standard practice for such an exclusive story, and Koppel praised Thayer. The sides later settled their differences.

Thayer dug up stories from Asia where most western journalists dreaded, and almost paid with his life.

In an online blog he maintains, he described a horrifying moment in October 1989 when the truck he was riding in with several Cambodian guerrillas ran over two anti-tank mines. Many of the guerrillas died.

“My eardrums were blown out,” he wrote. “The concussion from the blast was so severe it shut off my brain. I remember the liquid in my body getting so hot I felt it almost boiling. I could hear my blood boiling, gurgling with what appeared to be heat. I felt my brain being flung around like a rag doll bouncing off the inside wall of my boned skull.”

He had shrapnel in his head, torso, and legs; multiple broken bones; and a dislocated kidney.

Later in his career he reported from Iraq, the former Yugoslavia, Cuba, Albania, North Korea and Mongolia.

At the time of his death, he had also been working on a memoir tentatively titled Sympathy for the Devil.

Born into a prominent Boston family and son of a diplomat, Thayer was practically raised in Asia as his father was stationed in Hong Kong, Taiwan, Beijing and Singapore, Rob Thayer said.

He attended the University of Massachusetts Boston but did not graduate.

“He had dreamed of being a journalist, and in 1984 he went to the Thai-Cambodian border, started freelancing and started making a name for himself,” his brother said.

He spent his final years on Cape Cod, writing against far-right activists and white nationalists in the United States, and telling stories of his adventures with his beloved dog, Lamont.

In addition to his brother, Nate Thayer is survived by his mother Joan Leclerc and sisters Marian Vito and Meg Thayer. He was unmarried and had no children.

Real Housewives of New Jersey (RHONJ): Luis Ruelas Denies Rumour That He And His Wife Teresa Giudice Billed The Gorgas For Missing Their Wedding

CBS ‘The Young and the Restless’ Spoilers: Nikki and Michael Share a Different Opinion; Lily is Suspicious of Imani; Diane Proves Herself to Kyle