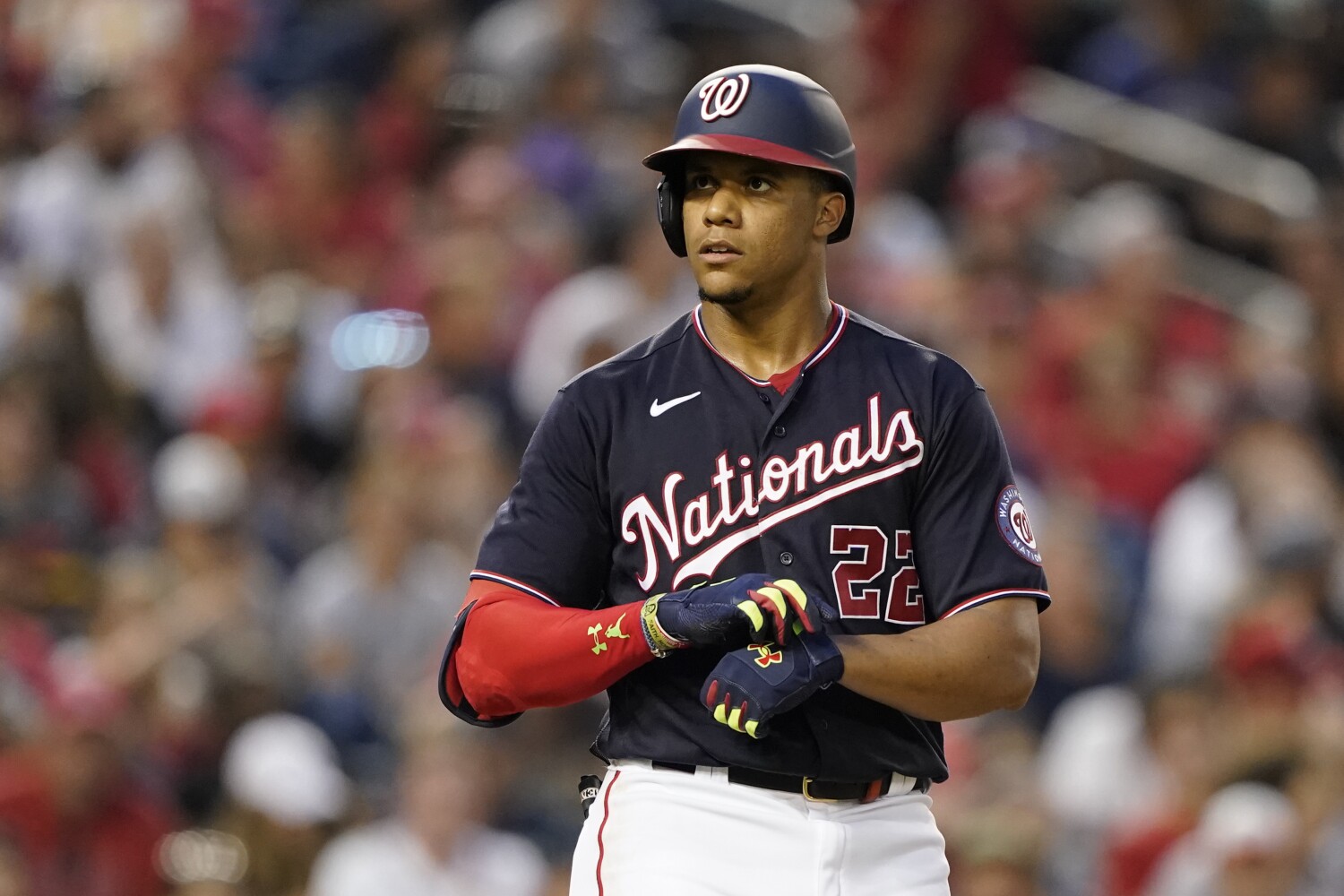 And the winner of the Juan Soto Sweepstakes is the San Diego Padres.

The Washington Nationals agreed to sell the 23-year-old superstar along with star first baseman Josh Bell to the Padres Tuesday morning about six hours before the close of trading, according to several people who knew of the deal.

The Dodgers, who along with the Padres and Cardinals were considered one of the favorites to land Soto, now face Soto as division opponents.

But Soto is the kind of generational talent rarely available this time of year, a two-time All-Star and 2020 National League batting champion who will be under team control not only this year but for the next two seasons as well.

A month ago, Soto seemed unlikely to move, even as the Nationals floundered amid a last-place rebuild.

Although negotiations between Soto and the Nationals over a possible contract extension had not materialized, general manager Mike Rizzo went on record in June that Soto would not be transferred before the trade deadline.

But then the circumstances changed.

Soto reportedly turned down a 14-year-old $440m offer from the team and the club said it would listen to trade offers. Speculation as to where Soto might end up engulfed the sport

Soto, a native of the Dominican Republic, who debuted in 2018 as a 19-year-old, quickly established himself as one of the sport’s top offensive threats.

In the 2020 campaign shortened by the pandemic, Soto won the NL batting title with a .351 average and added 13 home runs and 37 RBIs to win his first Silver Slugger Award. He came fifth in the MVP voting.

Last year, he hit .313 with a major league best of .465 on basis percentage, earned his first All-Star selection and finished second to Bryce Harper for MVP.

Bell is a prolific hitter himself, a switch hitter hitting .301 with 14 homers and 57 RBIs.

Gore, Hassell, and Abrams were first-round draft picks, and Wood was a second-round pick. Susana, 18, has been signed off from the Dominican Republic for 1.7 million.