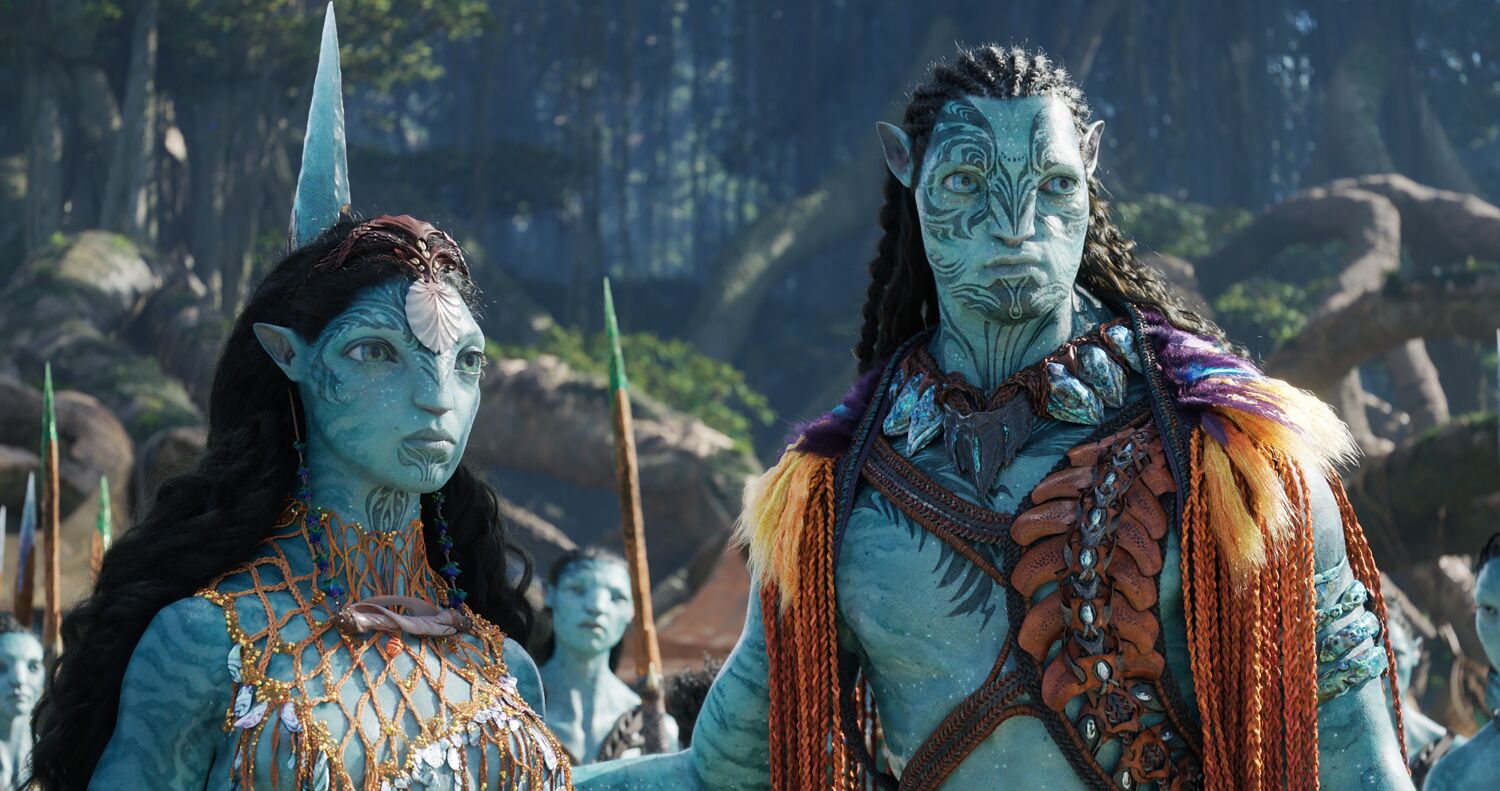 In case you haven’t seen Avatar: The Way of Water, a Native American-led social media campaign is hoping it stays that way.

Following the premiere of the long-delayed Avatar sequel, a renewed campaign is calling on potential viewers to boycott the sci-fi film, which has already grossed more than $300 million internationally.

“Join Native Americans and other Indigenous groups around the world in boycotting this horrific and racist film,” wrote Yuè Begay, a Navajo artist and co-chair of Indigenous Pride Los Angeles, who is behind the campaign’s resurgence stands in a tweet which has been liked by more than 40,000 users. “Our cultures have been perniciously appropriated to please some [white flag emoji] Human savior complex.”

The Native American movement to boycott Avatar emerged after the release of the first film in 2009. But calls to skip the franchise have found new life in recent weeks resurfaced comments Shot in 2010 by the film’s director, James Cameron, about the Sioux nation, including the Lakota, who the campaign calls “anti-Indigenous rhetoric.”

In 2010, The Guardian wrote about Cameron’s efforts to resist the Belo Monte Dam, which eventually led to the displacement of indigenous people living in the Amazon. In the article, the Oscar-winning director said that his time spent with the Amazon tribes led him to reflect on the history of indigenous peoples in North America. Cameron credited Native American history as the “driving force” in writing the screenplay for the 2009 film Avatar.

“I felt like I was transported 130 years back in time as I observed what the Lakota Sioux might have said at a time when they were being mobbed and killed and told to flee and given them some form of… compensation was awarded. ‘ Cameron told the Guardian.

“That was a driving force for me in writing ‘Avatar’ – I couldn’t help but think that when she [the Lakota Sioux] had a window of opportunity and they could see into the future… and they could see their children commit suicide with the highest suicide rates in the nation… because they were hopeless and they were a dead end society – which is happening now – they would have fought a lot harder.”

Cameron representatives were not immediately available for comment Monday.

The original “Avatar” film focuses on a human soldier, Jake Sully (Sam Worthington), who is sent from Earth by resource-hungry colonists to infiltrate the Na’vi people, but he eventually sympathizes with them and becomes himself a Na’vi . He fights the colonizing forces from Earth, but the Na’vi are still driven from their homeland.

Set more than a decade after the events of the first film, “The Way of the Water” follows the Sully family after they escape from their land-based home to a new oceanic home, where their conflict with the invading earthlings continues.

Cameron has long known that “Avatar” is a fictional retelling of the history of early colonial North and South America, “with all its conflicts and bloodshed between the military aggressors from Europe and the indigenous peoples,” according to the Business Insider report. The report cited court documents from 2012. Cameron has faced lawsuits from many who claim he stole their movie ideas.

“Europe is equal to earth,” he wrote. “Native Americans are the Na’vi. It’s not meant to be subtle.”

Cameron’s offensive comments were resurfaced by last week Johnnie Jae, an Otoe-Missouria and Choctaw artist living in Los Angeles. The remarks, which were largely overlooked a decade ago, sparked backlash on social media from some Native Americans, who specifically grappled with the implication that Native people “could have fought a lot harder” to avoid displacement and genocide.

“James Cameron apparently made Avatar to inspire all of my dead ancestors to ‘fight harder,'” he wrote Johanna Brewer, computer science professor at Smith College. “Eff with that savior complex right now, mate.”

“Eww, a way of blaming victims and not thinking about your own position/privilege,” he wrote Lydia Jenningsof Wixárika and Yoeme people. “Original avatar seen; was upset that people were celebrating history without considering how many indigenous nations are fighting for it in the present.”

“I won’t see the new guy” Chapman wrote. “It doesn’t do anything for Native Americans, just sucks up oxygen at our expense.”

Native American television writer Kelly Lynne D’Angelo, who has written episodes of Netflix’s Spirit Rangers, suggested that people could “donate the avatar money to indigenous communities” instead of watching the film. “You took our land, then our children, then our skin” She wrote. “Can’t you see that this *still* manifest destiny is in action?”

University of Denver social work professor Autumn Asher BlackDeer, who hails from the Southern Cheyenne Nation, responded to comments from compilation of a list of films by indigenous filmmakers for those who “don’t want to see the colonial glorification film about blue people”.

The boycott campaign also focused on Cameron’s decision to cast white actors as the leads in the role of Na’vi, an indigenous people in the film’s fictional Pandora, which Cameron previously said is based on indigenous cultures around the world.

The campaign called such creative decisions “Blueface” in the tradition of racist performance practices “redface, blackface, yellowface”. Blueface refers to when a creator appropriates non-white cultures to create a fictional world with characters played primarily by white actors, the campaign states. These creative choices, the campaign argues, invalidate the experiences of actual Black, Indigenous, or other marginalized people of color.

“We should have been the ones whose faces and voices appeared on screen,” Begay wrote in an open letter to Cameron. “We are the experts at portraying our pain, our suffering and, more importantly, our resilience.”

“White people who are extraterrestrials based on actual native people,” the letter continued, are “actual colonialism.”

A Pawnee Nation citizen and also of Ponca and Kiowa heritage, Chapman has been involved in tribal sovereignty cases in Oklahoma and has long protested stereotypical depictions of Native Americans.

He told The Times that the renewed criticism of the film series shows the progress made in the fight for racial justice since Cameron’s 2010 comments. Still, he recognized the enduring negative impact that films like “Avatar” could have on people’s understanding of Native American history.

He called Cameron’s “Avatar” films a “palliation of history to make everyone feel comfortable.”

He noted the use of tribal tattoos, characters with dreadlocks, and elements of warrior culture used in the film’s portrayal of the Na’vi.

“They take all these white-eyed tropes, put them in space, make them blue and not human,” Chapman said. “But Native Americans are real people here on Earth.”

Why did Neymar get the red card? The Paris Saint-Germain star is sent off against Strasbourg

Nature plays a key — along with Putin — in documentaries

Shawn Mendes cancels the rest of his tour: ‘I have to put health as my first priority’