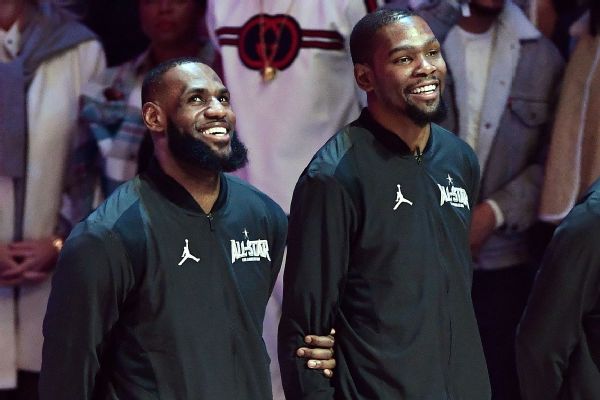 The NBA All-Star Game takes place on February 19th. And until that night, no one will know the all-star roster. Not even the players themselves.

The NBA and the National Basketball Players Association announced the format change on Tuesday evening.

This is the sixth time the league has used the format in which captains choose their teams, but in each of the first five instances, squads were chosen several days before the game.

The captains and starters will be announced on Thursday.

James has captained in each of the first five years and is almost certain to be one again this year based on voting results released by the league late last week. The leading vote collector of both the Eastern and Western Conferences earns the right to be captain.

Durant used to be the leader among players from the East, but then fell slightly behind Antetokounmpo in the last election. He is still expected to be selected as a starter and it won’t be known until Thursday if he has regained the voting lead in the East in recent days.

The ballots to decide the starters were due on Saturday.

“I want to play,” Durant told reporters in New York on Tuesday. “I want to be at all of these events.”

James’ teams are 5-0 in All-Star games when he’s the captain.

Reserves – selected by NBA coaches, seven players from each conference – will be announced on February 2nd.

Granderson: The accusations against Brett Favre are not just another NFL scandal