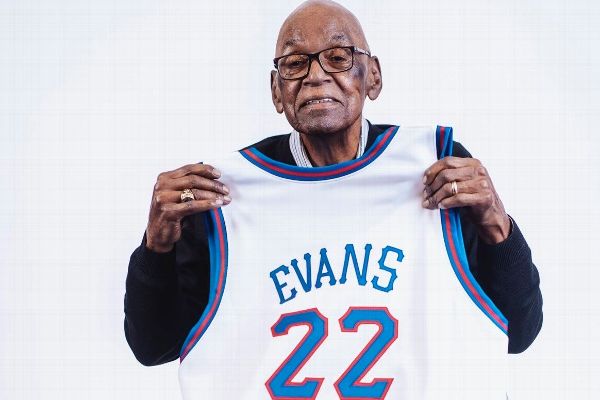 Evans was officially called up to the tire hall on April 2 on his third try. He was an NBA umpire from 1973 to 2001 and officiated 1,969 regular season games. Evans also officiated 170 playoff games, 35 NBA Finals and four NBA All-Star games. During the 1995-96 season, he was ranked the second best official in the league by coaches, general managers and the NBA’s senior vice presidents.

After retiring in 2001, Evans served as the NBA Assistant Supervisor of Officials for two years. He is also a member of the New York City Basketball Hall of Fame and the North Carolina A&T Hall of Fame. Evans, one of six NBA umpires inducted into the Naismith Memorial Basketball Hall of Fame, will be posthumously inducted September 9-10 in Springfield, Massachusetts.

When asked if he was inducted into the Hall of Fame earlier this year, Evans said, “I still haven’t put into perspective what it means. I’m still processing it. Every time I hear it you get chills, I get tears. I become happy and just know that I am special. I was chosen by God to be special.”

Evans became the second NBA umpire from a historically black college or university after playing basketball and baseball with North Carolina A&T. The first was Ken Hudson, who attended HBCU Central State University in Wilberforce, Ohio and was a referee in the NBA from 1968-1972. Nine of the 73 NBA umpires during the 2021–21 season were from HBCUs, according to the National Basketball Referees Association.

Evans said he is proud to be an NBA umpire at an HBCU. The biggest challenge he’s had as a black NBA official has been gaining widespread respect and overcoming institutionalized racism, he told Andscape in 2021. He said his professionalism on and off the court has included his storied wearing sharp clothing at games eventually earned him that respect.

“It was difficult to be accepted by the coaches, players, fans and managers,” said Evans. “They didn’t think we would [Black referees] could do the job. I was the first black man to make it through the first round of the playoffs. I proceeded to do the finale. After a while they said, ‘This guy is good. We’ll give him space.'”

'The Bold And The Beautiful' Spoilers: John 'Finn' Finnegan (Tanner Novlan) Already Trying To Find A Way Out! - Wants To Be Back With His Family