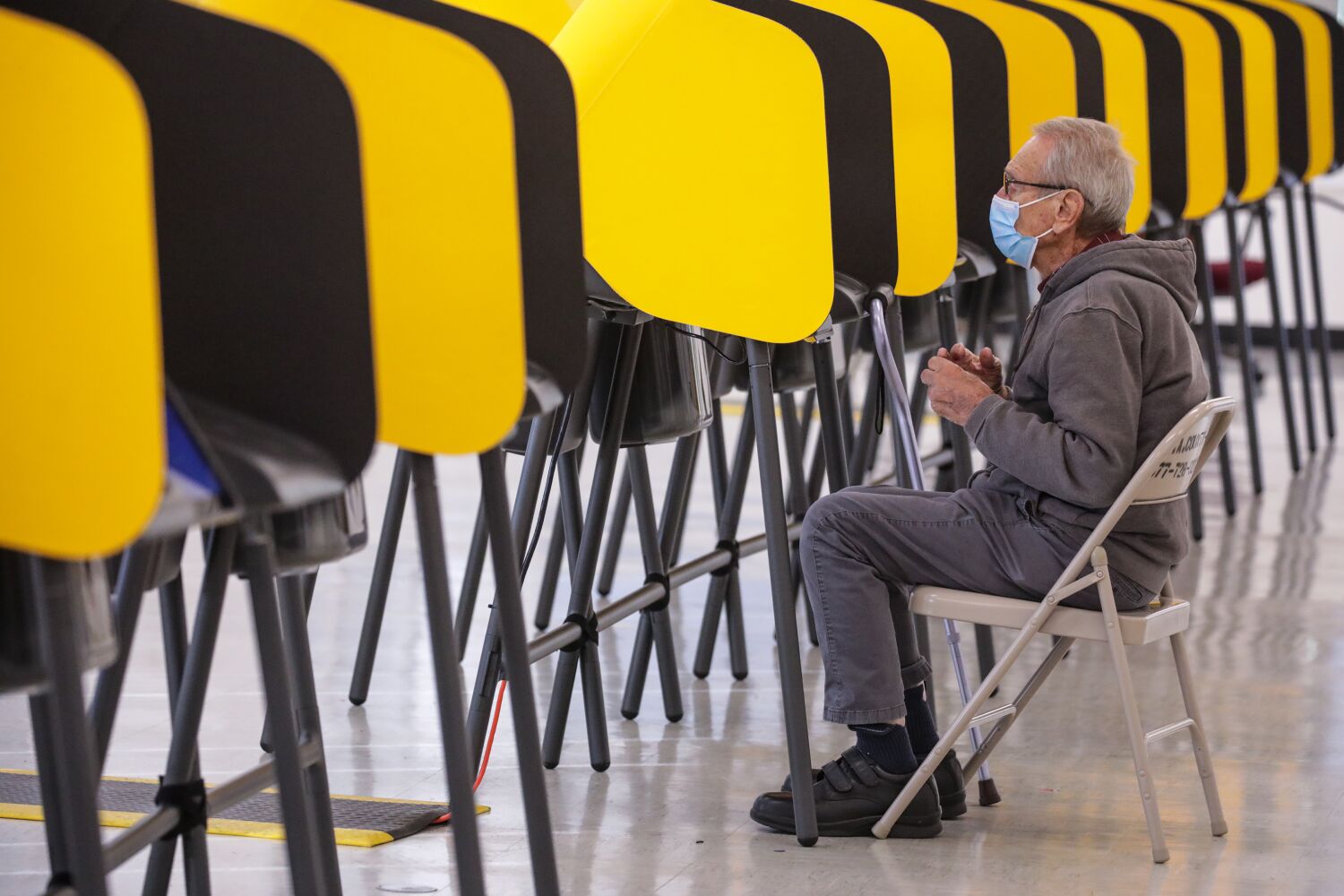 Two days before voting closes, more than 17% of registered voters in Los Angeles County have already cast their ballots for the midterm election, according to LA County, with the vast majority voting by mail registry office.

More than 70,000 people in Los Angeles County voted in person — about a third of them on Sunday — and over 900,000 by mail, as of late Sunday. Voting in Tuesday’s election will remain open on Mondays and Tuesdays, with polling centers closing at 8pm on Tuesdays and absentee ballots requiring a postmark from Tuesday or earlier.

The registrar-recorder did not immediately respond to questions about updated lists Monday morning.

The county opened 500 additional polling stations this weekend and operates a total of 640, all of which will remain open through Tuesday.

According to the county, 5.6 million people in LA County are registered to vote, about a million fewer than total eligible voter estimates.

A full list and online map of voting centers can be found online and are open until 7pm on Mondays and 8pm on Tuesdays. People can return their ballots by mail through the post office or by dropping off the ballots at an official mailbox location or personal voting centers.

Turnout for the June primary was about 30%, a decent number for a primary — but still well below recent midterm or presidential election years. The 2020 presidential election saw a record number of voters, with more than 75% of those registered in Los Angeles County voting. In the 2018 midterm election, turnout reached 60% of registered voters in LA County.

Many of these official counts have taken weeks to complete as more and more voters have switched to postal voting in recent years. Officials warn results will become less reliable on Election Night, and candidates and voters should instead prepare for ballot counting to be extended for weeks after Election Day.

For more details on how to vote in this election, the important races and the issues at stake, see this guide.