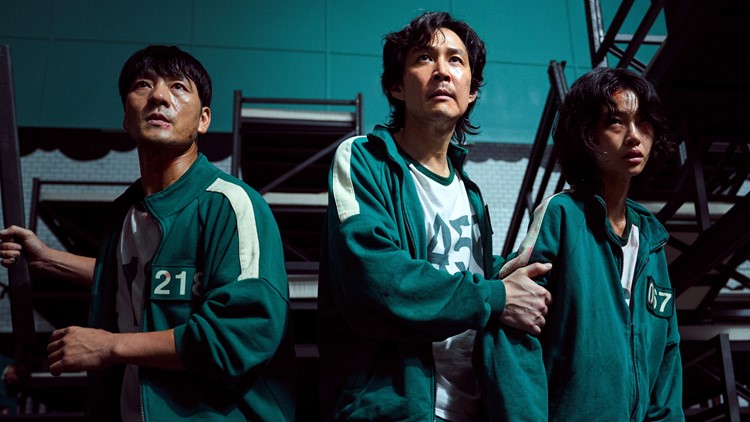 A new teaser trailer showed off the giant animatronic puppet that features prominently in the first episode.

It’s official: Netflix is ​​bringing back its worldwide hit “Squid Game” for a second season.

Creator and director Hwang Dong-hyuk had already acknowledged the pressure for a second season, saying it was “in the planning process” last year, but Netflix’s confirmation comes with a few more details.

“It took 12 years to bring the first season of Squid Game to life last year,” Hwang said in Netflix’s announcement on Sunday. “But it took 12 days for Squid Game to become the most popular Netflix series of all time.”

Set in South Korea, the dystopian drama follows a group of people desperate for money who take part in a series of deadly schoolyard games. It became a global hit and ranks as Netflix’s most-watched show to date, although the streaming service doesn’t release exact numbers.

REVIEW: South Korea’s debt crisis as portrayed in Squid Game is real and is contributing to high suicide rates

In Sunday’s announcement, Hwang confirmed some details about the plot and characters.

“And now Gi-hun is returning,” Hwang said. “The frontman returns. Season 2 is coming. The man in the suit with ddakji might be back. You will also meet Young-hee’s friend Cheol-su.”

Netflix divided a 10-second teaser trailer featuring the giant animatronic puppet that features heavily in the first episode of the series.

Squid Game is officially back for Season 2! pic.twitter.com/4usO2Zld39

It is unclear when the second season of “Squid Game” will appear. It may not even be finished yet. In an interview with Vanity Fair published last month, Hwang assumed the season could arrive in late 2023 or 2024.

Hwang told the mag he’s in “final discussions” with Netflix about the season and only had about three pages of ideas at this point.

Most TV shows in South Korea only run for one season, but the sequel to “Squid Game” was never really in doubt. At a red carpet event for the show in November 2021, Hwang said of her popularity, “I almost feel like you’re leaving us no choice.”

“There was so much pressure, so much demand, and so much love for a second season,” Hwang said at the event.

In the show’s first season, Lee Jung-jae starred as Seong Gi-hun along with an ensemble cast.

Netflix’s announcement follows significant turmoil for the streaming service. A sharp drop in subscribers in April forced the company to experiment with ads and crack down on password sharing.

Take An Extended Look At Gameplay For The Invincible.

New Pics Of 2000s Video Vixen Cubana Lust Leak … Looks Like The Crackhead From The Wire!!

T.I. Reacts To Claims He Punched Drew Taggart In The Face For Kissing Him!!