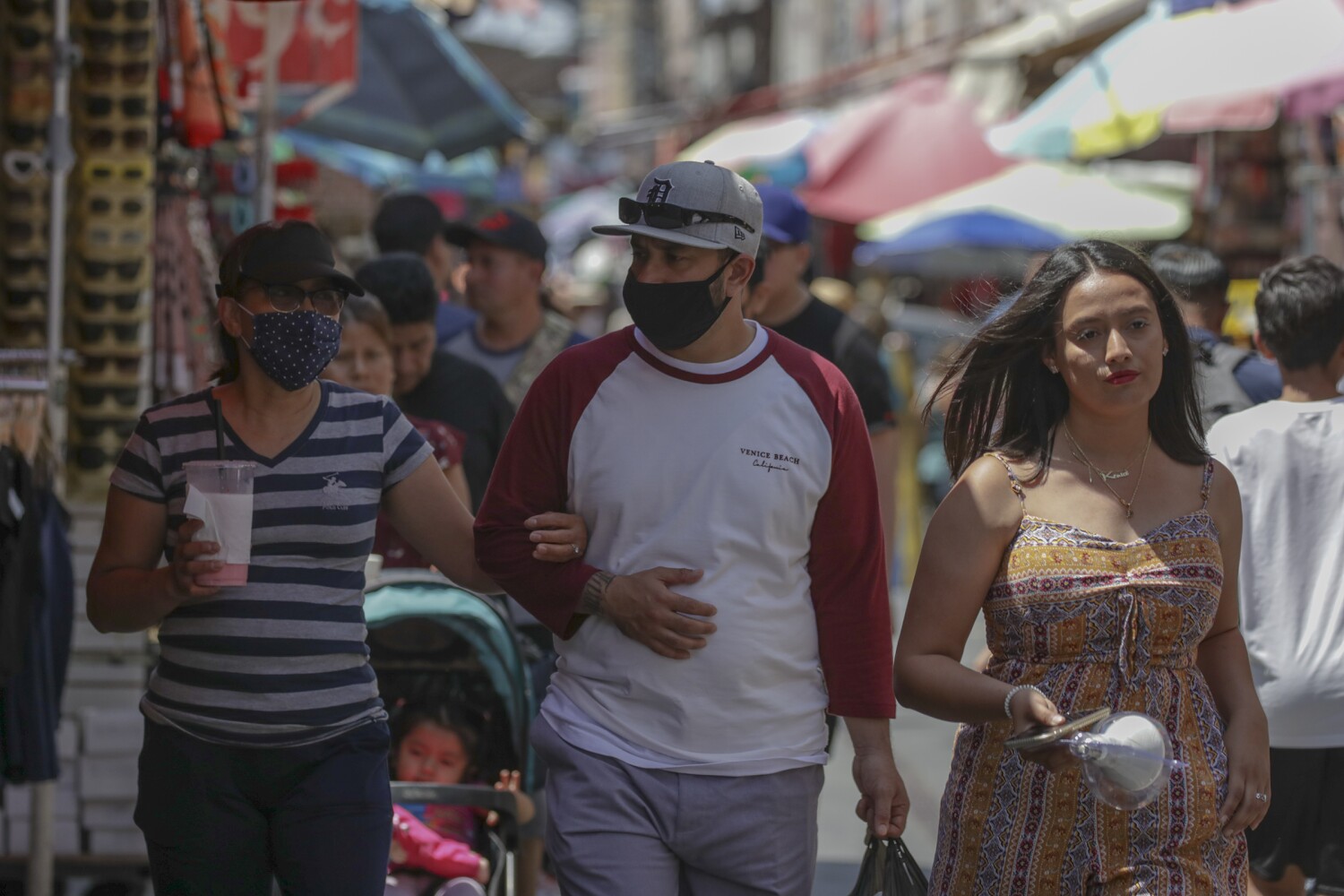 Los Angeles County is already gripped by a coronavirus wave fueled by the Omicron subvariant BA.5, but another strain of concern has also been found that is of concern in India.

The subvariant, designated BA.2.75, is monitored by the World Health Organization. As of Thursday, six cases had been identified across the United States, including two in California, one in LA County, according to county public health director Barbara Ferrer.

“It appears to have additional mutations that make it easier to spread and bypass immunity,” she said during a briefing. “And it spread pretty quickly across India.”

Scientists are studying whether the emergence of BA.2.75 could potentially prolong or exacerbate the existing surge now being fueled by BA.5 – another highly infectious member of the Omicron family.

“Whenever there is an identified new variant of concern, or in this case a lineage, that is being monitored, we must proceed with caution as it takes time to better understand the risks that this newly mutated virus may pose,” Ferrer said.

In the week-long period ending Saturday, BA.5 accounted for an estimated 65% of new cases nationwide, according to the US Centers for Disease Control and Prevention.

“I hope BA.5 stays put because then people will have some breathing space and the curves will go down,” said Dr. Peter Chin-Hong, an infectious disease expert at UC San Francisco. “But if BA.2.75 [spreads]that adds another variable to the mix,” he added, raising the possibility that “you’re going to see a whole bunch of people passing different things back and forth, and they’re going to get something they didn’t get before.” “

A staggering number of subvariants have emerged since Omicron first landed on the California coast around Thanksgiving. Only since April have three different sub-varieties – BA.2, BA.2.12.1 and now BA.5 – been considered the dominant variety nationwide.

This, in turn, has allowed people to become reinfected within a relatively short period of time. Since the beginning of the pandemic, some people have reported being infected two, three or even four times.

“It takes time to determine with certainty the ability of a newly mutated virus to evade immune protection, easily infect others, and cause serious disease,” Ferrer said. “Until we get a feel for how the virus is interacting with us with these new variants, it remains a very good idea to take sensible precautions.”

Scientists had previously suspected that people who had been infected with the corona virus had a particularly strong immunity for several months to protect against reinfection. But now some people report being reinfected within several weeks.

One of them is Xavier Becerra. The Secretary of Health and Human Services tested positive in Sacramento in mid-June – about 3½ weeks after the first positive test on a visit to Berlin.

Reinfection with the coronavirus can increase the long-term health consequences over time.

Even a single infection with the coronavirus is associated with an increased risk of long-term death and other symptoms of the disease.

Reinfection was associated with an additional risk of death, hospitalization, and adverse health outcomes affecting things like the cardiovascular, gastrointestinal, neurological, and renal systems; and increased risk of diabetes, fatigue and mental disorders, according to a preprint study authored by scientists from Washington University School of Medicine and the Veterans Affairs Saint Louis Health Care System.

The additional risk of reinfection was evident in both unvaccinated and vaccinated people and not only existed in the acute phase of the disease, but also persisted in the months after the initial infection had subsided.

Most risks “were still evident six months after reinfection,” according to the report, which examined the medical records of veterans, including nearly 39,000 people with two or more infections, 257,000 with one infection, and more than 5 million people without a record the infection.

“Assessment of the cumulative risks of re-infection showed that the risk and burden increased in a graded manner according to the number of infections,” the report said. “The constellation of results shows that reinfection in the acute and post-acute phase of reinfection adds not inconsiderable risks for all-cause mortality, hospitalization and adverse health outcomes.”

Feline adventure game 'Stray' is getting a limited-edition cat backpack