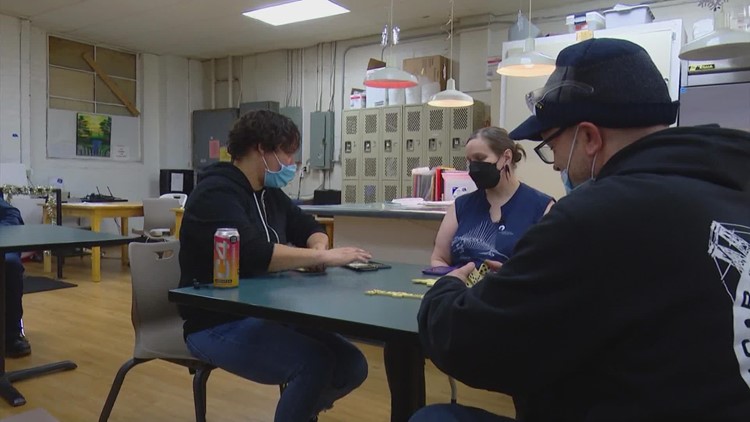 The state’s Department of Commerce awarded $5.8 million to Sound Health to create a crisis facility for people in need of immediate mental health treatment.

SEATTLE — Those most in need of behavioral health say there is a gap in services that needs to be addressed now. That’s why Sound Health just received a $5.8 million grant from the Washington State Department of Commerce to set up a new crisis center.

Sara Beckmann receives services at Sound Health’s Belltown outpatient center. She is struggling with mental health issues and is homeless, living just a few blocks from Queen Anne for many years.

“Whiskey and methamphetamine, those are going to have a really big negative impact on my day-to-day life,” says Beckmann.

She is now six years sober, has an apartment and is recovering. She was treated for depression, anxiety and ADHD, which she was not diagnosed with until she came to Sound Health. She’s had many of her close friends in the homeless community die, and she doesn’t want her life to end the same way.

“I would die or go to jail without Sound. Probably dead,” Beckmann said. “Probably dead or waiting to be admitted to a mental institution, because that’s sorely lacking in our community.”

This need is why Sound Health recently received a $5.8 million grant from the state Department of Commerce to create a one-of-a-kind crisis facility in King County, this facility. will be open all hours. They already operate 10 outpatient centers and two inpatient centers, but this center will be unique. It’s meant to be a hub for all kinds of resources and help reduce the number of people in crisis who go to the emergency room.

“This is going to create a place, a safe place, a treatment-oriented place, where people come and can take the next steps in a really calm and supportive environment,” Egner said.

When someone decides they need help, Beckmann says it’s a pivotal moment. But it’s a moment that may not last if they don’t get that help right away. She said many times homeless people tried to get help, but then the facilities were full.

Beckmann said the community needs to understand that there are root causes for drug addiction and homelessness, and those causes need to be recognized and treated. She also reminds people that people who are homeless and struggling with addiction are human too and should be treated with dignity. She hopes a facility like the one Sound Health has planned will allow others in her situation to have access to the right resources.

“It’s part of the human condition, and things happen,” says Beckmann. “Let’s deal with them and not just dust them under the rug like we’ve done for years.”

What will the Ravens do about Lamar Jackson?

One Father's Desperate Plan to Rescue His Son From America