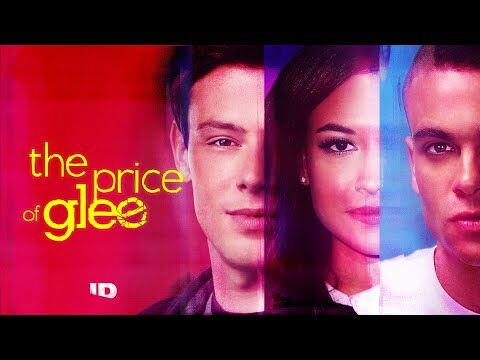 A new trailer for The Price of Glee, a three-part limited series based on the Fox series Glee, discusses the role fame played in the deaths of three actors from the hit TV show.

In the 11 years since the series’ debut in May 2009, three of the main characters of the series died, as the trailer for the documentary “Investigation Discovery” emphasizes in the first few seconds.

As dramatic musical crescendos, the trailer features images of a makeshift memorial to Cory Monteith, who died of a drug overdose in 2013 at the age of 31; Scenes from Lake Piru, where Naya Rivera died in 2020 at the age of 33; and a photo of Mark Salling, who died by suicide in 2018.

“I don’t want to say the ‘c-word,’ the ‘curse’ word, but that’s what you’re thinking about,” says one interviewee.

The trailer introduces themes of fame and media attention aimed at the young stars who broke through with “Glee.” Seemingly overnight, as Ryan Murphy’s Fox series exploded in popularity, the newcomers became household names.

“The bigger the show got, the smaller their worlds got,” says another interviewee.

Later, the same interviewee says that his first reaction to her death was “guilt” and that he “still feels that someone is to blame.”

The show’s surviving leads are absent from the trailer, though Rivera’s father makes an appearance, noting, “Fame can be toxic.”

“I knew that was the top of the mountain for Naya, for your kid,” says George Rivera. “It was just surreal.”

Naya Rivera, who played cheerleader Santana Lopez, drowned in Lake Piru in July 2020 after rescuing her then 4-year-old son while the couple were boating together.

Monteith, who starred as Finn Hudson, a high school football star turned gleek, was the first cast member to die. In 2013, he was found dead in a Vancouver hotel room after accidentally overdosing on alcohol and heroin.

“Fame was hard for him,” one of Monteith’s friends told People after his death. “It was something he knew he deserved, but somehow he never quite knew how to handle it.”

Perhaps the most controversial of the cast members who died was Salling, who was arrested in late 2015 on suspicion of receiving and possessing child pornography.

Salling, who played football jock Noah “Puck” Puckerman, committed suicide in early 2018. It was just days before his sentencing and after he had pleaded guilty to the charges.

Co-star Heather Morris defended Salling in a series of tweets in 2020, writing, “Not only did we lose 2 cast members, we lost 3. Although his actions are unjustifiable, he was once a part of our family and he was mentally ill .”

Morris has since retracted her comments, which sparked outrage when she appeared to excuse Salling’s actions by saying “pedophilia is a disease”.

The three-part documentary will be available on January 16th on ID.

Blinged Out NYC Preacher Larry Whitehead Sued By Woman … ‘Pastor FINESSED Me Out Of LIFE SAVINGS’!!