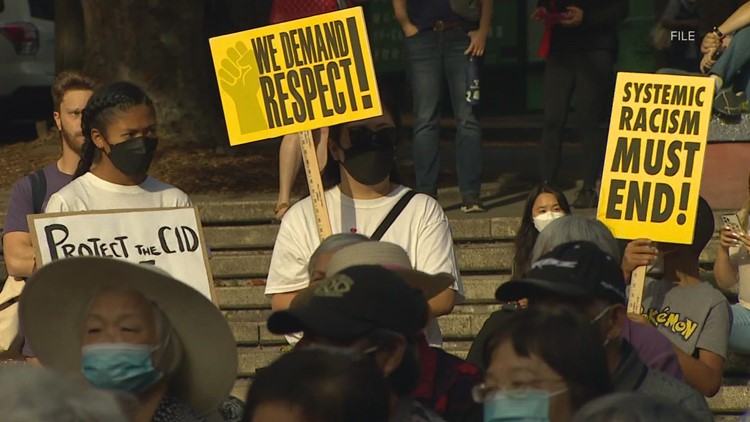 King County released an update on plans for its SODO Services Hub, which will be located near the current location of a 270-bed emergency shelter operated by The Salvation Army.

The plan, first announced in March, has attracted increasing attention as some residents say they have not been given any significant notification or opportunity to input. County officials said they have offered opportunities for public participation, although they agree more are needed to move forward.

As of September, the county said the site will add “expanded housing” near the current location of a 270-bed shelter contracted to the Salvation Army. The county said the shelter, which was initially set up in response to the COVID-19 pandemic, had a lease that was scheduled to expire before the cold-weather season. Instead, the county extended the lease for five years and planned to use additional on-site land and buildings for expanded services — with support from city funding and in coordination with the King County Regional Homelessness Authority

According to Leo Flor, director of the King County Department of Community and Human Services, the hub will include a behavioral health shelter, a 24-hour dehydration center and 40-50 “pallet shelters,” often referred to as tiny homes.

“We need more housing. We need more living space. And we need it in every part of the district,” Flor said. “Renton, Federal Way… Auburn, other parts of Seattle, Issaquah, Kirkland, Redmond. Every time we cite an institution, there is legitimate concern and curiosity from the community, and one of the questions they often ask is why here? Why this place? Sometimes they say it’s too far from services, sometimes too many services. And our answer is: we need it everywhere.”

Flor said the center will house an additional 150 people in addition to the 270 who are currently being cared for in the Salvation Army shelter. The site was chosen based on the success of its current use and the available infrastructure for continuous services. It will also allow the 270-bed site to remain open, with more than 40 bathrooms and support services that have enabled about a third of residents to have steady employment.

“You don’t have to displace an existing use, it’s open, it’s spacious, people are already using it for storage and we want to offer a better alternative to that,” said Flor.

In recent weeks, neighbors in the Chinatown International District have raised concerns about community input into the process, including business owner Tanya Woo. Hundreds recently held a rally expressing opposition and questions about the process.

“Our biggest problem was the lack of communication, the lack of reach, the lack of transparency,” Woo said. “We have no idea what’s going on, we’re groping in the dark and we’re hearing that the city and county are making important decisions about our community without our input, and we feel like there is systemic racism at play here, and we demanding that our opinion be heard.”

Flor said the county has been committed to the community and needs to do more as the process continues.

“I intend to go into this conversation flexibly and listen with open ears and an open heart to what this should look like, but we will be determined that we need to bring thousands of people in and this website can be a really important part of that.” ‘ said Flore.

In addition to listening to people who live nearby, the county is also taking input from people who currently live outside, Flor said. He hopes conversations around the topic will value everyone affected by the issue.

“A lot of people are going to talk about people experiencing homelessness in ways that subtly or explicitly dehumanize them,” Flor said. “I think the next step in progress to bringing people inside with possible chemical addiction issues that might have been out there a long time is to bring them inside and humanize them.”

For her part and that of many people she spoke to, Woo said her problem is not with people without shelter who need shelter. Her concern is for people who are “hunting after homeless people” and the associated problems, which she said can bring to the neighborhood. In addition, she questions the government process surrounding the project.

Residents of the international district have also raised concerns about racial justice.

“It feels like King County and the City of Seattle are caught up in this pattern of institutional racism that they may not be aware they are getting into and they need to know it has to stop,” he said woo

Flor said he acknowledges that many people are concerned that housing more people in the area constitutes structural racism.

“Structural racism has shaped this entire city and nation and it certainly shows in the way our society is organized here today and that’s just true and no one is going to dispute that,” Flor said. “It’s also true that people who identify as Black or African American make up six percent of our county’s population and thirty percent of the homeless, and Native Americans make up less than one percent of our county’s population on the land they originally owned.” five percent of people who are affected by homelessness, that too is a manifestation of structural racism.”

Woo said some concerned neighbors in the CID recently met with representatives from Flor’s office, as well as those of the district executive, the mayor and city and district councillors. They asked for a moratorium on the project and were told that would not happen, but they were invited to tour the current on-site shelter and hope this will lead to more opportunities for engagement, she said.

They plan to gather ahead of the upcoming Seattle City Council and King County Council meetings.

Flor said about 7,500 people currently live outside of King County.

“We need more housing. We need more apartments. And we need them in every part of the district,” Flor said.

Caliray So Blown Primer Went So Viral on TikTok, Sephora Can’t Keep It In Stock