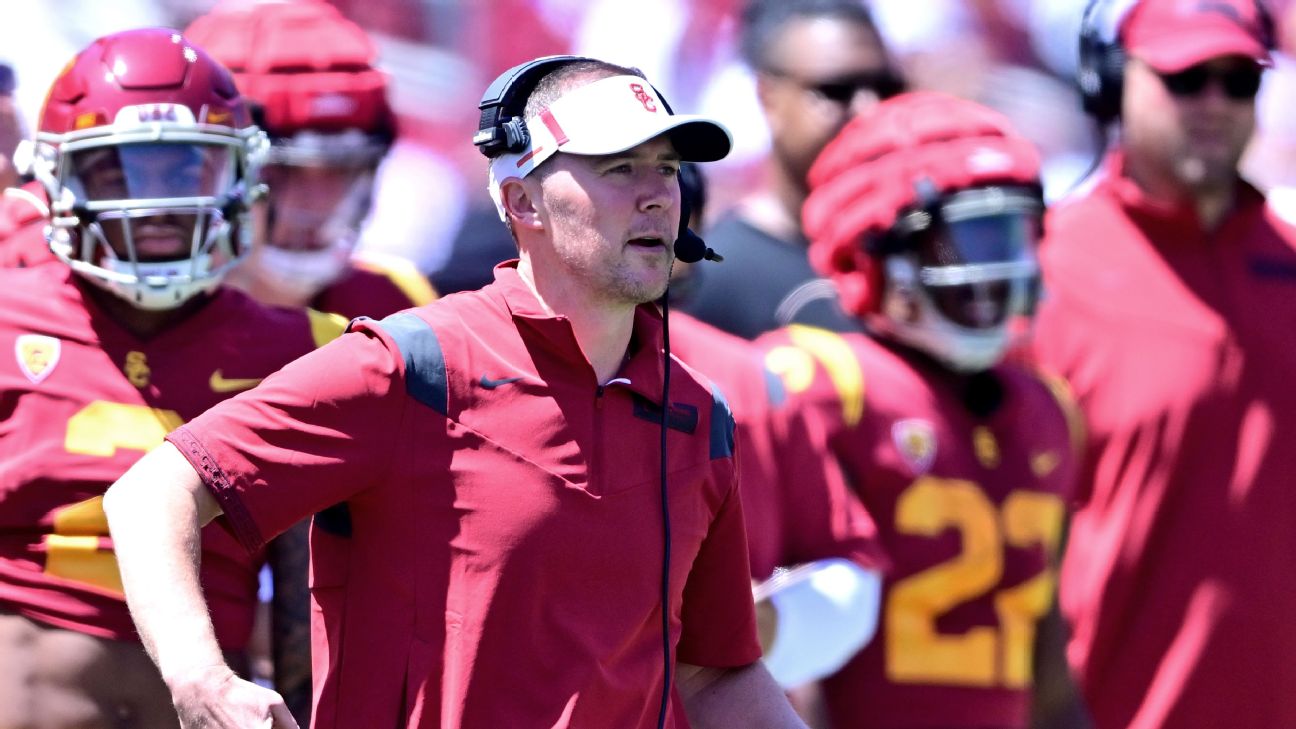 A few perennial powerhouses in Alabama and Ohio state draw most of the betting action across the country, but the story is slightly different at one sportsbook in Las Vegas, which has bet more money on USC to win the college football playoffs than any other team.

“America’s team,” said Ed Salmons, veteran oddsmaker for the SuperBook at Westgate Las Vegas, of the new-look Trojans. “They are our biggest losers in the futures book.”

But the arrival of coach Lincoln Riley from Oklahoma and a bevy of high-profile transfers including quarterback Caleb Williams and wide receiver Jordan Addison, winner of the 2021 Biletnikoff Award, have brought optimism to USC.

USC has attracted more bets and more money to win the national title than any other team based in Las Vegas for the SuperBook, which also operates out of Colorado and New Jersey. The increased interest has reminded some of the Trojan dynasty in the early 2000s, when Vegas sportsbooks cheered on USC weekly.

“If they go out early and roll a few teams, the public will be over them every week,” Salmons said. “Sometimes it just takes a while when you get all these people from different teams together. But if they click from day one, the public will absolutely dig them.”

Salmons adjusted its power ratings at USC by 16 points from the end of last season, the biggest improvement of any team, but the gap between the Trojans and top contenders like Alabama, Ohio State and Georgia remains significant.

At DraftKings, Alabama has attracted four times as many national title bets as any other team. The largest reported national championship bet ever placed on Caesars Sportsbook is $100,000 on Alabama at 2-1.

“They’re the most heavily-stocked Alabama team I’ve ever seen,” Salmons said, adding that he believes the Crimson Tide could be preferred by double digits in any of their regular-season games. “They could literally field two teams that could make the playoffs.”

Salmons said he would have Alabama as a 3-point favorite over Ohio State if the teams met in Week 1. The college football season starts on August 27th.

Under Armour to pay UCLA $67.5M in settlement of termination of apparel sponsorship deal