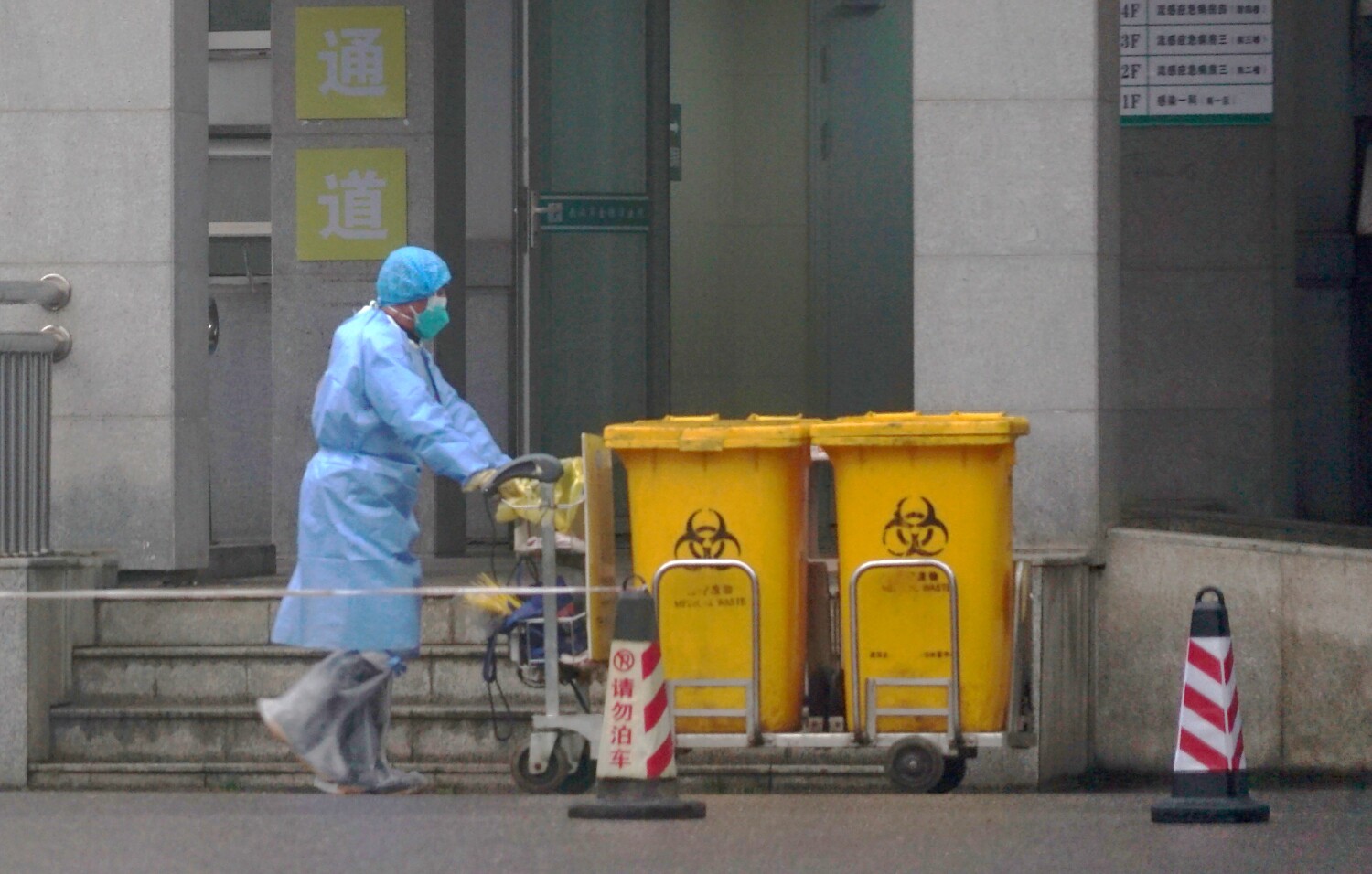 Shortly after the World Health Organization and China released a report last year dismissing the possibility that the SARS-CoV-2 virus originated in a laboratory leak, scientists from major research institutions around the world noted the lack of published data and advocated a rigorous scientific investigation into the origins of the pandemic.

An international team of experts responded to that outcry on Tuesday with two supplemental articles published in the journal Science. Using different analytical approaches, both papers identify the Huanan Seafood Wholesale Market in Wuhan as the epicenter of the pandemic, which has since claimed the lives of more than 6.4 million people worldwide.

Although the exact animal species is not yet known, the authors conclude that SARS-CoV-2 was most likely present in animals sold at the market in late 2019 and jumped to human workers or buyers in at least two separate cases .

“In a city covering more than 3,000 square miles, the area with the highest likelihood of containing the home of someone who had one of the earliest COVID-19 cases in the world was an area a few city blocks, with the Huanan Dab into it,” Michael Worobey, a University of Arizona virologist who co-authored one of the new studies, said in a statement.

“All this evidence tells us the same thing: It points directly to this particular market in the middle of Wuhan,” reiterated study co-author Kristian Andersen of the Scripps Research Institute in San Diego.

“Any other version — a lab leak, for example — would have to explain all this other evidence, and in my view,” he added, “that’s just not plausible.”

In the early days of the pandemic, before SARS-CoV-2 was widespread in the US, Andersen wrote to Dr. Anthony Fauci, director of the National Institute for Allergy and Infectious Diseases, expressing concern that the new virus has engineered characteristics of being human.

As research developed, so did his thinking.

“I was pretty confident myself about the leak in the lab until we looked very closely at it and looked at it much more closely,” Andersen said. “Indeed, the data points to this particular market.”

Worobey also had his doubts about the origin story of Huanan Market. He was one of 18 experts who published an open letter in Science last year calling for a more thorough investigation into the possibility that the virus accidentally escaped from a research lab.

“I haven’t seen any evidence that I could look at and say, ‘Oh, OK, that certainly disproves the accidental origin in the lab and makes it practically 100% certain that it was a natural occurrence,'” he said at the time. “Until we’re on stage, both options are viable.”

Worobey went on to provide a detailed listing of the earliest cases of pneumonia of unknown cause. He reported in Science that a 41-year-old accountant who was flagged as the first COVID-19 patient on Dec. 8 actually had a fever from dental surgery. The accountant appeared to have contracted the coronavirus eight days later, but that was days after a seafood vendor at Huanan Market requested treatment for suspected COVID-19.

The teams behind the new studies consisted of more than 30 researchers from 20 different institutions around the world. They roughly divided their work into two parts: one that tracked the initial emergence of the virus in animals and humans, the other that analyzed genomic data from the earliest cases.

In the first study, the team was able to analyze the location of almost all COVID-19 cases identified by WHO in December 2019, 155 of which were in Wuhan. The sickest patients in that first month of the outbreak were all gathered around the market.

In January and February, as the virus spread, the highest concentrations of infection shifted from the neighborhoods around the market to the most densely populated areas of the city.

In addition, swabs from surfaces in the market itself from cages and stalls selling live animals susceptible to the coronavirus, including red foxes and raccoon dogs, were significantly more likely to be positive. These animals were likely infected by bats or other livestock known to harbor the coronavirus.

The second study looked at the genome sequence of the virus in the early days of the pandemic. Researchers identified two distinct SARS-CoV-2 lineages, suggesting the virus jumped into the human population in two separate instances.

“Before we started this research, it was very unclear to us how lineage A and lineage B are related to each other and whether they both appeared in or near the Huanan market,” said Dr. Marc Suchard, a biostatistician at UCLA Fielding School who worked on the study. The data showed that both versions of the virus were circulating in the market, suggesting that there were at least two separate cases of successful virus transmission from animals to humans. “You’re about 60 times more likely to introduce yourself multiple times,” Suchard said.

The studies are an indirect response to a WHO-commissioned report on the origins of the pandemic, released in March 2021. Using data provided by China, the report ranked four possible scenarios for the pandemic from “extremely unlikely” to “very likely.”

This report identified viral jump from a host species to humans via an intermediate animal as the most likely cause of the pandemic. An accidental release of the virus from the Wuhan Institute of Virology or another laboratory was considered the least likely.

The other two theories examined included a direct jump from an animal host to a human (“possible to probable”) and surface transmission from frozen food (“possible”).

Almost immediately after the report was published, scientists around the world expressed concern. In May 2021, Science published the open letter from Worobey and researchers at Harvard, Yale, Stanford and other leading institutions, calling for a more thorough investigation.

It’s not that the report’s conclusions seem implausible, they argued. The problem, the scientists wrote, is that the report does not appear to provide enough solid evidence to even support a conclusion.

“In any case, it was not an adequate, detailed way of presenting the data that would allow an outside scientist to reach an independent conclusion,” said Dr. David Relman, a co-author of the letter and a professor of microbiology and immunology at Stanford University, told The Times when the letter was published.

WHO Director-General Tedros Adhanom Ghebreyesus appeared to share similar concerns after the report was released, and offered the global organization’s resources to conduct a more robust investigation.

“Although the team has concluded that a laboratory leak is the least likely hypothesis, this requires further investigation,” he said in a speech to member states. “Let me be clear that for WHO all hypotheses remain on the table.”

A follow-up report released last month by an expert group convened by the WHO says more work is needed to understand whether the pandemic could have been triggered by a laboratory accident.

Andersen warned that irrefutable evidence is harder to find in biology than in a field like mathematics or physics. Still, he and his fellow coauthors, who previously considered the lab leak hypothesis, said they think the evidence currently available clearly points in one direction.

Vorobey agreed. The evidence he and his colleagues released on Tuesday “has brought me to the point where I also now find it implausible that this virus could have been introduced to the Huanan Market by any means other than the wildlife trade.” became.”