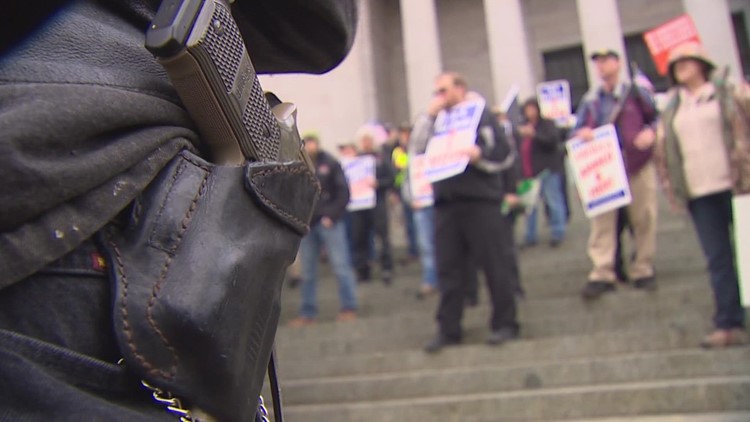 SEATTLE — Lawmakers including Sen. Patty Murray (D-WA) are currently considering a package of proposals on mental health, school safety and gun-related measures. It comes as new laws are set to go into effect in Washington state.

In particular, Murray hailed a measure that would support efforts to introduce red flag laws, a proposal to close the “boyfriend gap” and additional screening for people buying guns between the ages of 18 and 21.

“I’m so heartbroken by what happened not only in Uvalde, but in Buffalo and in schools across our state, in community centers, down the line, and what’s encouraging for me right now is that I’ve felt this for the first time The Senate will actually step up and take action,” Murray said. “Is it all I want? Of course not, I just think we need to do something to save a few lives.”

As Washington DC lawmakers weigh options, Washington state is preparing to enact several gun-related laws, including one banning the purchase of high-capacity magazines.

“When the magazine ban was announced we were up 50% right away and it’s been solid day-in-day for the last four months,” said Wade Gaughran, owner of Wade’s Eastside Guns and Shooting Range in Bellevue. “It’s hard to say this is because of that or because of that, but I’m sure banning magazines is a big deal for Washingtonians right now.”

Gaughran doesn’t think the law will reduce crime. He says his shop doesn’t condone illegal activity, but he reckons people will still try to buy those magazines elsewhere.

“It’s a small law that already covers a big law,” Gaughran said. “Murder is against the law, armed robbery is against the law, there are many laws that haven’t put a dent in our current crime wave, so I just don’t see the guy thinking on the way to a bank robbery. ‘You know what, I need to switch my magazines from 15 to 10.’”

Murray believes that while statewide legislation is a start, she would like more action at the national level.

“Washington state is at the top of the curve, but let me remind you that someone can go across the border into Idaho and buy an assault weapon so we’re as safe as the rest of the nation’s laws are,” Murray said. “So yes, it’s made a difference in our state, but it has to be statewide.”

Murray plans to support the unveiled bipartisan measures but hopes to work on other changes as well.

Tori Amos on fighting sexism: ‘I had to become a gladiator’

Pierce County sergeant returns to duty 5 months after being shot

Fans Troll Khloé Kardashian Failed Attempt At Curling Her Own Hair-‘These Women Can’t Do Anything Themselves, Total Waste’

100 Days In, Russia’s Claims of Success in Ukraine Face Hard Test of Reality