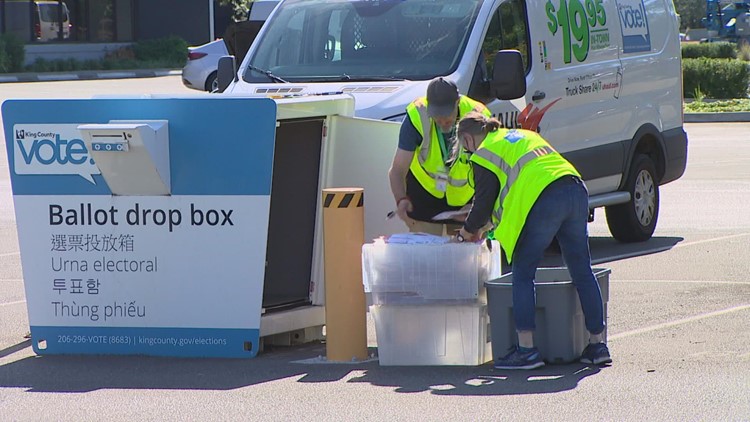 State Senator David Frockt said after seeing the threats after the 2020 election, he wanted to make sure those who were counting votes were legally protected.

JEFFERSON COUNTY, Wash. – The 2022 midterm elections are a week away and a new law goes into effect that makes threatening online election workers a felony.

This comes when the FBI issued a warning in October that threats to election staff could be tied to midterms.

The new law went into effect in June, and since then, the Jefferson County prosecutor’s office has said it is looking into the case of an election worker who reported receiving a threatening email.

State Senator David Frockt said after seeing the threats after the 2020 election, he wanted to make sure those counting votes had additional legal protections.

“I think it’s really important to make a statement that we will not tolerate that in Washington. That’s not how we do things, and it’s unacceptable,” said Senator Frockt. (D) 46th Legislative District.

Senator Frockt enacted legislation in 2020 and 2021 that could make threatening an election worker online or at their home a felony. It passed the state senate twice but remained firmly in the house.

“I’m surprised my party doesn’t take it as seriously as I thought it would,” Frockt said.

What happened was an amendment to the state’s cyber-tracking law. It’s now a felony to threaten an election official online.

“I hope someone, if they are threatening people who are just doing their civic duty, those who do electoral work, that they will be prosecuted, and it’s public, and people know, if you do this, you will go to jail,” said Sen. Frockt said.

Frockt noted that while the threats are not as common in Washington as they are in other parts of the country, state officials have been threatened before.

In 2020, a website targeting election officials around the country including the then state elections director posted her home address and crosshairs on her photo.

“This is a cancer that is on the rise in our society. If people don’t trust elections, I think we have real problems in our democracy,” Frockt said.

Frockt said he is monitoring next week’s election to see if additional protections for election workers are needed in the future.