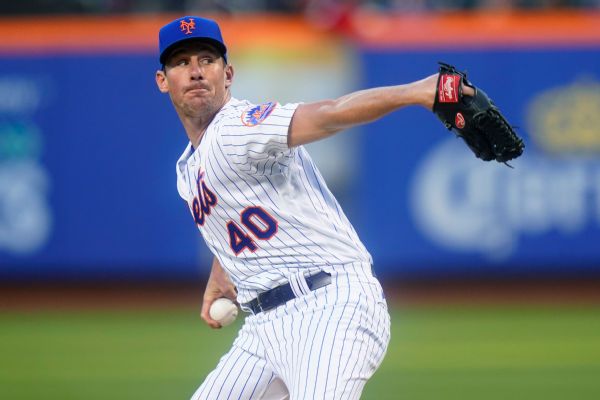 Bassitt was placed on the COVID-19 list on July 1 after complaining to team officials about sluggishness. The right-hander missed his scheduled start against Texas last Friday and only returned to the team on Thursday.

“I probably won’t (again),” Bassitt said ahead of the Mets’ opening game against the Miami Marlins. “There is no way. There is no reason.”

Bassitt claimed he was asymptomatic.

“Just stop testing. Stop acting like COVID is way worse than a lot of other things,” he said. “I’ve never been sick.”

He noted that under MLB protocols, a positive test could mean ongoing testing that keeps an asymptomatic player away for a longer period of time.

“I think the answer is I should never have said anything,” he said.

Bassitt explained he tested himself after feeling sluggish about having a daughter.

“If I can be reasonably sure, I’ll do it. I tested myself. It was positive. So basically I had a choice to tell them so I can protect my team-mates, or say nothing and endanger my team-mates I woke up the next day perfectly fine. I haven’t had any symptoms since then,” he said.

Bassitt (6-5, 4.01 ERA), whom the Mets acquired in an offseason trade with Oakland, is scheduled to start Friday.