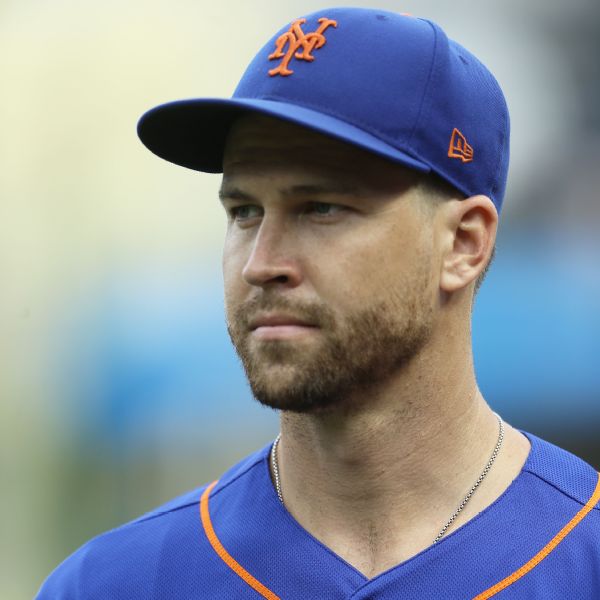 New York Mets ace Jacob deGrom batted five of the six batters he faced and threw 18 of 24 pitches for strikes in his first minor league rehab start for Class A St. Lucie on Sunday.

The only hiccup for deGrom against the Jupiter Hammerheads in Port St. Lucie, Fla., came when he hit a hitter with a throw.

As deGrom warmed up in the bullpen before the game, more than a dozen of the young St. Lucie players gathered behind him to watch his regimen.

He admitted to being a bit nervous after the game but was happy with the start overall.

“I felt like I was in control – the main thing was locating the fastball and stopping it. Everything felt good,” deGrom said, according to MLB.com. “[My shoulder] feels 100 percent. Because it was bone… you can’t really push it. I had to wait for the bone to heal and go from there.”

The two-time Cy Young Award winner was sidelined all season with a stress reaction in his right shoulder blade that caused inflammation.

DeGrom’s last major league game was on July 7, 2021. He missed the second half of last season with a strain in his right forearm and a sprained elbow, then returned to spring training this year and started in the Grapefruit League on March 22-27.

But then he was sidelined by the stress reaction and didn’t throw another bullpen until June 4. The 34-year-old right-hander faced thugs before Sunday’s start at the team complex in Florida.

The Mets anticipate that DeGrom will require several minor league rehab trips before he’s ready to rejoin their rotation.

“No one wants to miss the clock, we all want to be out there competing,” deGrom said, per MLB.com. “It’s really tough. You want to be up there and help your team.”

Teammate Max Scherzer (5-1, 2.54 ERA) is scheduled to return from a strained left oblique muscle Tuesday night in Cincinnati. Scherzer, a three-time Cy Young Award winner, injured himself against St. Louis on May 18 and recently made two rehab starts for Double-A Binghamton.