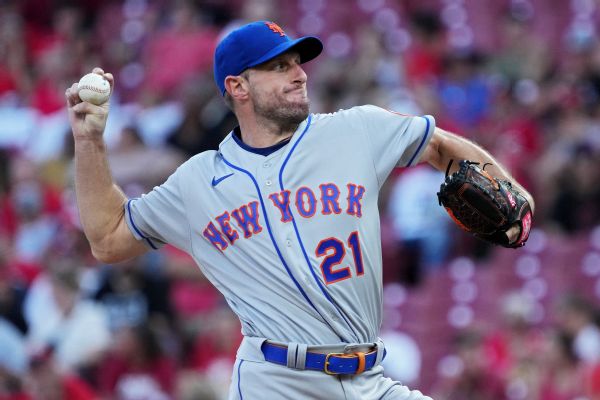 New York Mets right-hander Max Scherzer left his start earlier than expected against the Washington Nationals on Saturday because he felt “tired” on his left side, the team said.

Scherzer looked sharp on the mound, with his fastball hitting 96 mph, but he lasted just five innings and 67 pitches and went with a 1-1 tie. The Nats won 7-1.

Scherzer said afterwards that it was a “precautionary measure” given the left oblique strain that caused him to end up on the injury list earlier this season.

“It wasn’t anything specific,” Scherzer said. “I don’t have a strain, just the left side got tired much faster than usual.

“Was there a scenario where I could hit sixth and be okay? Yes, that could have happened. But if I went out in the sixth and got injured, there was no way I could come here and look the guys in the face and say I made the right decision. Better safe than sorry in this scenario.”

“He probably could have kept pitching, but we didn’t think it was a good idea,” Showalter said.

“He didn’t ask to come out. You know Max will never do that. … I just thought it wouldn’t be a good idea to push it.”

Scherzer pulled the team back in the fifth in turn, tricking Ildemaro Vargas into tapping the ball back to him for an inning-ending groundout. As he entered the Mets’ dugout, he was seen walking down the tunnel to the clubhouse, closely followed by a team coach.

Scherzer, replaced by Tommy Hunter to start the sixth, allowed a run on three hits with five strikeouts and a walk.

https://www.espn.com/mlb/story/_/id/34519873/new-york-mets-max-scherzer-leaves-5-innings-67-pitches-vs-washington-nationals New York Mets’ Max Scherzer leaves after 5 innings due to ‘fatigue’ on left side