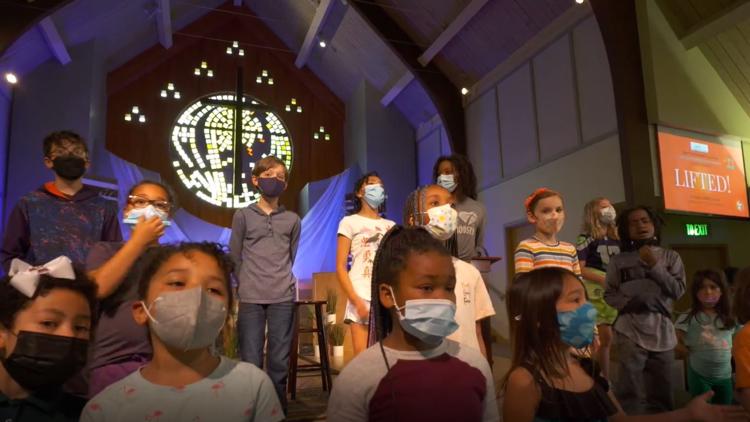 BURIEN, Wash – The Seattle Children’s Choir has grown so much in its 30+ years of existence, but never before has there been a choir quite like one focused on another kind of sacred music – blessed minus.

Crystal Hairston is the choir director.

“The name comes from what gospel music gives me,” says Hairston. “It’s been a lifeline in my life. The messages of gospel music are the tunes that rang out during the darkest times of my life and it lifted me up.”

It’s called “LIFTED!” and she hopes the messages and energy will do the same for others.

But for Seattle Children’s Choir – also known as SCC, this will be a dramatic change, one that founder Kris Mason dreams of.

“I just felt like there was this void,” Mason explained. “There’s nothing available to the great kids of all backgrounds south of downtown. It’s hard for families in the area to drop off their kids after school and participate in the programs that are available. north of downtown. It feels like this represents who we really are part of the Seattle choir community.”

The choir practices weekly at Lake Burien Presbyterian Church. In June, they officially debuted their children’s choir. The singers shined and were loved by the audience.

“I could barely stand still. I felt tears welling up in my eyes,” Mason said. “There’s this incredible energy, rhythm, and joy hidden in all of gospel music making, and these kids they showed it in their singing, in their harmonies, in their music. their applause and in the joy I could read on their faces.”

It is the beginning of something new. But for Mason, who shared in this dream – it marked an end. After more than 30 years of founding and running SCC, the concert will be her last performance in this role.

Mason is about to retire, but she says “LIVE!” is a reflection of newer dreams, dreams she hopes to live on through the Seattle Children’s Choir.

“I dream that this gospel choir is going to explode,” says Mason. perform wonderful, extraordinary choral music,” Mason said. “But I want us to also be recognized as an organization that isn’t afraid to embrace this big world of ours.”

And ‘LIFTED!’ Obviously taking off to do just that, bringing songs to make that big world a better place.

“Gospel music. The word supposedly means good news. There is a message in the gospel that sends out waves of hope and love,” Hariston said. “I don’t know where we’re going, but I want as many people to come along as possible.”

The choir is open to children ages 7 to 18. Auditions will be held August 30 from 4 p.m. to 7 p.m. at Lake Burien Presbyterian Church.

How to Wash Your Hair: The 6 Rules of Shampoo

Top 10 Stressors in Life (And How to Cope with Them)