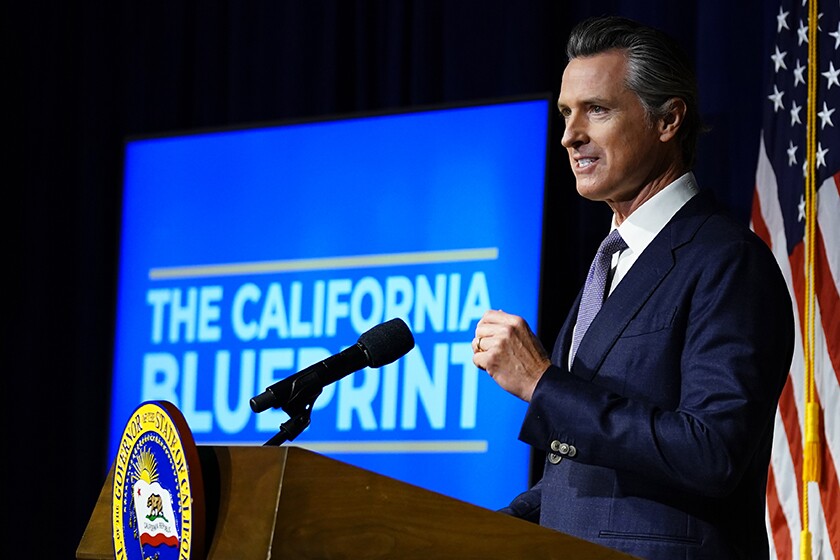 Gov. Gavin Newsom has been criticized by community organizations after he refused for a second straight year to allocate money in the state budget to a proposed fund aimed at promoting health equity and racial justice.

Supporters of the proposed Health Justice and Racial Justice Fund had urged Newsom to allocate millions of dollars to support community-based groups, clinics and tribal organizations that provide services and programs to address health disparities.

This year the Senate and the Assembly suggested $75 million in ongoing annual funding for the Health Equity and Racial Justice Fund. However, the funding was removed from the $307.9 billion budget that was finalized last week for the 2022-23 fiscal year, which began Friday.

The idea for the fund emerged last year but was not funded in the 2021-22 budget. Although other forms of state and regional grant opportunities exist for community organizations and tribal groups, proponents of the Health Equity and Racial Justice Fund see it as a unique opportunity for state officials to manage and support efforts to improve access to care, employment, transportation, violence prevention and criminal justice .

More than 200 organizations have publicly supported the fund.

But they said Newsom’s failure to allocate money, particularly with a $101.4 billion surplus, reflects a lack of effort on his part to take bold steps toward racial justice, noting that he has held back from acknowledging racism to declare a threat to public health.

More than 240 cities, counties, states, and health-related associations and departments have made the statement since 2020, according to the American Public Health Assn, which tracks the data.

A spokesman for the governor did not directly address the decision not to provide money to the fund or the resulting criticism.

In a statement, the Office of the Governor said the new budget “makes history by expanding Medi-Cal for all income-eligible Californians regardless of immigration status and proposing an additional $200 million to expand access to reproductive health services while protecting protections.” to strengthen. This is in addition to the governor’s inflation support proposal, which will provide up to $1,050 to California families.

Sonya Young Aadam, executive director of the California Black Women’s Health Project, an Inglewood-based nonprofit, said the statement confirmed her concerns that Newsom “has a very serious lack of real focus or interest in things that are driven and rooted in racism.” are”.

She said it was “a slap in the face” to see the governor not taking active steps to address the root causes of injustices or providing money to help community-based organizations address racial disparities in the areas of health, housing, criminal justice or to tackle education.

“I’ve counted on it, not just for the organization that I lead, but for the full spectrum of organizations out there that are doing this heavy lifting and filling these gaps,” Aadam said. “Certainly I know black women who lead organizations … we make tremendous sacrifices to do the work we do and we look for the support to be able to continue that work and that is unacceptable.”

She said Newsom’s decision only makes it more difficult for groups like hers to provide services and programs, especially as an organization focused on black communities. Community-based groups often compete for the same pools of limited grants and government funding that cannot always be relied on over the long term.

“If I ran an animal shelter, we would be much better funded,” Aadam said. “It wouldn’t even have to be a statewide shelter, it could be a local shelter in a small town, and it would be better funded than the work we do.”

Doreena Wong, policy director of Asian Resources Inc., a Sacramento-based group focused on helping AAPI communities, said she was disappointed and frustrated to find out that the Health Equity and Racial Justice Fund did not received more money.

“It doesn’t even seem like a big commitment to really support all of ours [community organizations] who are doing this important work,” Wong said. “I’m really disappointed that he has refused to fund fundamental solutions to some of these systemic problems.”

Advocates have also expressed concern that Sen. Richard Pan’s (D-Sacramento) Senate Bill 17 did not make it through the legislative process this session.

“My team and I are bringing SB-17 through the legislative process and currently continue to meet and work with all stakeholders to advance systemic racial equality and justice in California,” Pan said in a statement. “I plan to complete this work to send SB-17 to the governor’s desk for signature later this year, and I celebrate the progress for justice already realized in the historic 2022-23 budget.”

Ronald Coleman, managing director of policy for the California Pan-Ethnic Health Network, said the lack of funding was a missed opportunity for Newsom, especially as “people of color have consistently supported [him] on his first choice and certainly saved him on his recall.”

He said that while state and local government agencies have attempted to address health equity over the years, insufficient funding has been allocated to community organizations that are already on the ground and linked to populations in need of assistance. He noted that more than 200 organizations supported the Health Equity and Racial Justice Fund.

“We don’t see Gov. Newsom stepping up and making strong investments for communities of color, particularly around racial justice,” Coleman said. “Certainly, as a state, California has benefited from institutional and systemic racism that has affected communities for hundreds of years, and we believe that California, as an accomplice, must invest state and resources to turn the page.”

NBC 'Days of Our Lives' Spoilers For July 7: Leo's In A Panic, EJ Makes A Confession, And Jan Has A Plan

Florida teacher’s viral video shows what a classroom looks like before and after using her own money, donations