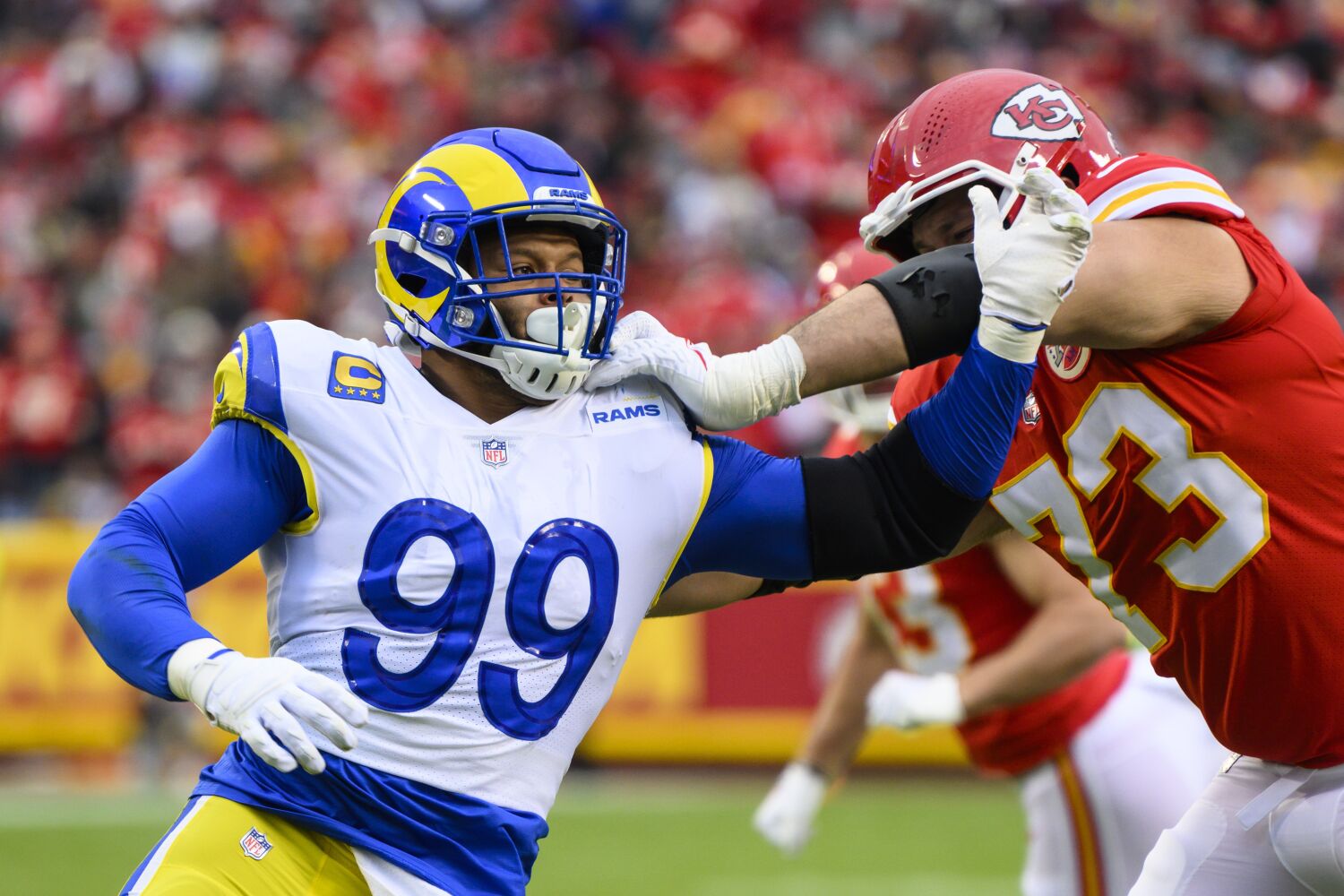 Rams star defenseman Aaron Donald suffered a high ankle sprain in Sunday’s loss to the Kansas City Chiefs and his status for an NFC West game against the Seattle Seahawks on Sunday at SoFi Stadium and beyond is yet to be determined, said coach Sean McVay on Monday.

Donald, a three-time NFL Defensive Player of the Year, has five sacks for a Rams team that is 3-8 and has lost five straight games. Donald had three tackles in the 26-10 loss to the Chiefs.

“He’s still meeting with the doctors and getting the necessary scans,” McVay said during a video conference call with reporters.

McVay said the Rams would “take the appropriate steps for Aaron in terms of how we are progressing and what that means for his availability for this week and weeks to come.”

Donald is the latest Rams star player to sustain an injury.

Quarterback Matthew Stafford remains on concussion protocol because of a neck problem that McVay described. McVay said his availability for the game against the Seahawks is under investigation.

Receiver Cooper Kupp is on injured reserve for at least two more games while recovering from ankle surgery. Receiver Allen Robinson is out for the rest of the season with a foot injury that requires surgery.

Has McVay considered shutting down all of the team’s injured star players and restarting for next season?

“You take every case,” McVay said, adding, “There’s a lot of things that go into these games and I think as a competitor, for these players and really just our guys, you should look at all the things that go with it, while I’ve also said time and time again to be smart.

“And those are all factors. But we’re trying to compete to get the results we want, but man, it was certainly something I don’t think anyone could have ever predicted.

McVay said he spoke to reserve tight end Roger Carter, who accidentally slammed into McVay on the sideline during the game against the Chiefs.

McVay will be “limited” this week, he quipped.

“No hard feelings,” McVay said. “Just a bit like a sore jaw.”

Bass invites Garcetti staff to stay on through April

Should CONCACAF persist with the W Championship format?