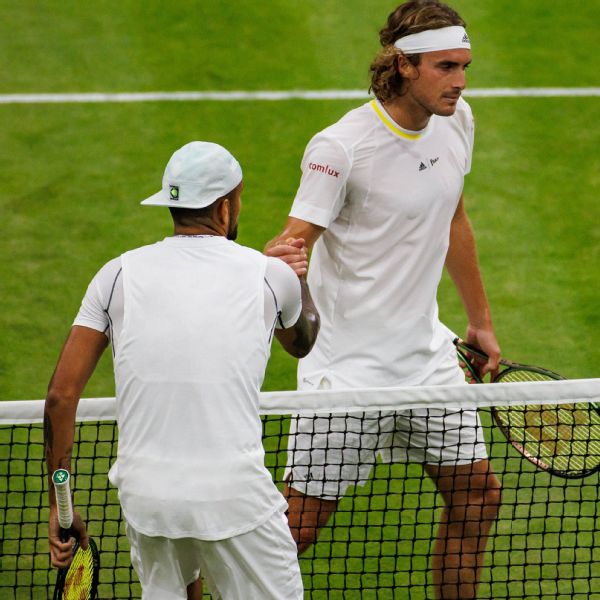 LONDON – The fiery Wimbledon third round match between Nick Kyrgios and Stefanos Tsitsipas has resulted in both players being fined.

His opponent Tsitsipas was also fined $10,000 for “unsportsmanlike conduct” after he was given two code violations for ball abuse during the game.

The stormy encounter infuriated Tsitsipas, saying Kyrgios had “a nasty side” and must have been “a bully at school” for his behavior throughout the game.

Kyrgios, who will open Monday’s match on Center Court against Brandon Nakashima, fired back at Tsitsipas, calling him “soft”. The climax of the game came in the second set when Tsitsipas flicked a ball into the corner stands, narrowly missing a spectator. Kyrgios urged Tsitsipas to default but the game went on and the Australian finally finished it.

It’s Kyrgios’ second fine of the tournament after being fined $10,000 for “unsportsmanlike conduct” following his opening-round win over Paul Jubb. Kyrgios admitted to spitting in the direction of a heckling fan after beating Jubb in five sets.

“He literally came to the game not even really supporting anyone just to stir up disrespect. That’s fine, but if I give it back to you, so be it,” Kyrgios said. “I’ve dealt with hate and negativity for a long time, so I don’t feel like I owe this person anything.”