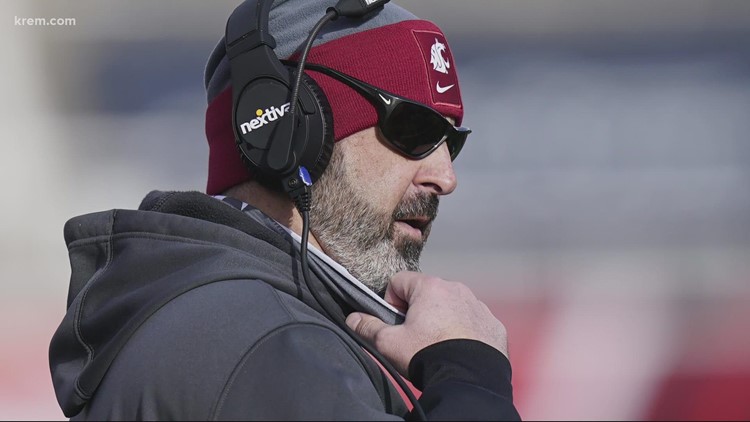 The former WSU coach was fired for failing to comply with Washington’s COVID-19 vaccination policy.

PULLMAN, Wash. – The former Washington State University (WSU) head football coach has followed up on his plans to sue Washington state by filing a tort lawsuit against the state.

Rolovich was released from WSU in October 2021 after saying he would not receive the COVID-19 vaccine. Rolovich requested a religious exemption from Gov. Jay Inslee’s mandate that requires all state employees to be vaccinated against COVID-19. His religious exemption was denied by WSU. They said they could not provide adequate accommodation for Rolovich if he was not vaccinated.

Shortly after his dismissal, he announced that he would sue the university for wrongful dismissal.

Rolovich’s legal team released an administrative complaint regarding his termination in November 2021. The complaint states that Rolovich was wrongly terminated from the university. This appeal was eventually rejected.

RELATED: ‘I will follow the mandate’: The full timeline of everything leading up to Nick Rolovich’s firing

KREM 2 confirmed to Washington State that Rolovich filed a tort lawsuit on April 27, 2022.

If an individual plans to sue the state, they must first file a tort suit with the State Office of Risk Management. Then there is a period of 60 days before a lawsuit can be filed. This is to give the state time to consider and respond to the claim. However, after the 60 days have passed, a lawsuit may be filed.

KREM 2 filed a filing request to consider the tort claim but has not yet received it. Rolovich’s attorney has also been sought for comment, but no response has been received as of Friday night.

Boston Celtics add No. 6 in parquet paint as part of season-long tribute to Bill Russell