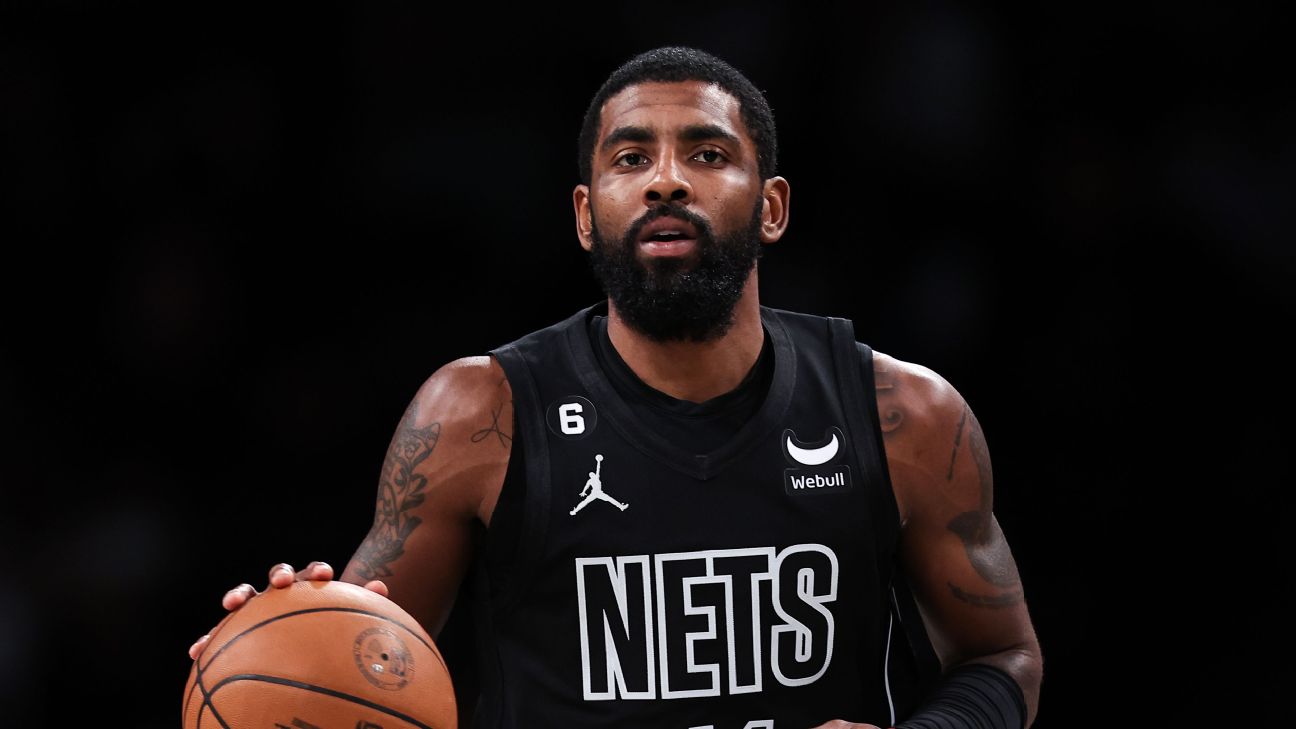 “I would doubt we’d go back,” said co-founder Phil Knight in an interview that aired Thursday. “But I do not know for sure.”

Nike announced last Friday that it had “suspended” its relationship with Irving and canceled its plans to release its next signature shoe, part of the massive fallout that followed him tweeting a link to a film containing anti-Semitic material .

The Nets also suspended Irving for at least five games; he has already missed four.

Irving signed with Nike in 2011 and has had a signature line of shoes since 2014, with his annual endorsement deal estimated to be worth at least $11 million.

“Kyrie has crossed the line,” Knight said. “It’s as simple as that. He made some statements that we just can’t stand by and that’s why we ended the relationship. And I was okay with that.”

Irving posted a since-deleted tweet last month with a link to a documentary containing Holocaust denial and conspiracy theories about Jews. In a controversial post-game interview a few days later, Irving defended his right to post whatever he wanted.

The Nets said they decided to partially suspend Irving because he “refused to state unequivocally that he has no anti-Semitic beliefs.” Nike also apparently tried to get Irving to clarify or apologize.

Irving eventually made an Instagram post after the Nets announced their decision to suspend him, writing in part, “To all Jewish families and communities hurt and affected by my post, I am deeply sorry your pain for having caused it, and I apologize. “

A day later, Nike ended his relationship with Irving.

Irving has also faced criticism from several anti-hate groups, including the Anti-Defamation League, as well as NBA Commissioner Adam Silver. Irving and Silver met in New York earlier this week to discuss the situation, one of many conditions the Nets wanted Irving to meet before rehiring him.

A small group of protesters were outside the Barclays Center before the team played the New York Knicks on Wednesday night and said Irving was treated unfairly by the team and others for speaking his mind.

“We look at who we’re signing and how much we’re paying, and we look at not just how good the athlete is but what their character is,” Knight said. “It’s not an exact science, but it’s a process that we go through with a lot of intensity and that a lot of people put their hand into.”

Irving has had no shortage of controversial opinions throughout his career. He repeatedly questioned whether the earth was round before finally apologizing to the science teachers. After the outbreak of the pandemic in 2020, he urged players to consider not attending the season’s resumption in a bubble at Walt Disney World in Florida. And last year, his refusal to receive a COVID-19 vaccine resulted in him being banned from attending most of the Nets’ home games.