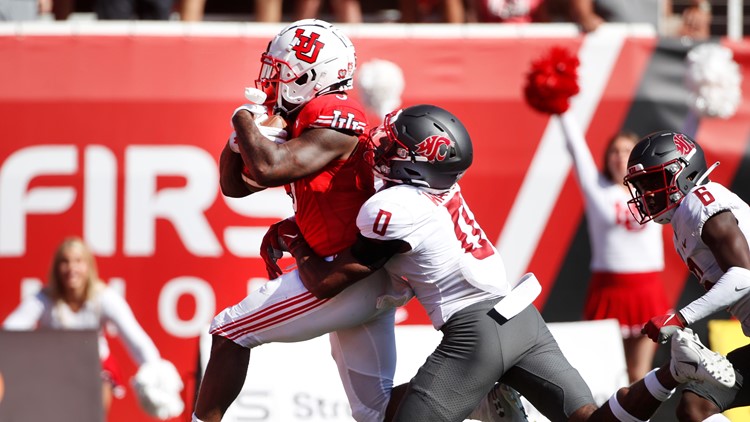 Star quarterback Cam Rising is hoping what happened two weeks ago was the start of a charge towards another conference title for No. 14 Utah.

Star quarterback Cam Rising is hoping what happened two weeks ago was the start of a charge towards another conference title for No. 14 Utah.

To get there for the Utes, you’ll have to get through a tricky test Thursday night when you face Washington State in what appears to be a matchup of teams going in opposite directions.

Both teams have had bye weeks that have felt decidedly different. Utah (5-2, 3-1 Pac-12) edged out Southern California in a wild 43-42 shootout on Oct. 15 and kept it center stage in the race for the conference title. That same day, Washington State stumbled on its ugliest loss of the season at Oregon State.

Washington State quarterback Cameron Ward has been sacked six times by the Beavers, and the Cougars (4-3, 1-3) have given up 11 sacks in their last two games, both losing. That prompted coach Jake Dickert to revise the offensive line.

“Our protection must be better,” said Dickert. “I thought we were loose defensively last Saturday with some alignments and finishes. These are things that we as coaches can control. I’m not going to sit here and burden the players with all of this.”

Washington State has lost three of its last four games after a 3-0 start and the week off came at the right time. There’s also the benefit of a weekday home game with temperatures expected to be chilly at kick-off on the Palouse.

“We have to fix our bodies. We need to recover from the last seven weeks,” said linebacker Francisco Mauigoa. “It’s just part of football.”

Utah opened its season with a narrow loss in Florida, then won four straight before losing at UCLA on Oct. 8. The victory over USC was a crucial comeback for the Utes, but it left questions unanswered in bye week.

“We need to figure out why we’re lacking on defense and simplify things to put our players in the right frame of mind,” said Utah coach Kyle Whittingham.

But Utah also knows there can’t be any more stumbling blocks if it wants to be in Las Vegas for the conference title game the first weekend of December.

“You’re just trying to win every week and obviously that never changes no matter how the league is set up,” Whittingham said. “The champion will be crowned by whoever wins the game in Las Vegas; not whether you go in there first or second.”

Utah ranks first in pass defense (208 yards per game), second in total defense (350 yards), and fourth in scoring defense (22.3 points per game) in the Pac-12. The Utes’ defense is led by cornerback Clark Phillips III, who has nabbed five of the team’s 10 interceptions.

The Cougars’ fast attack was the least productive in the Pac-12, averaging just 89 yards per game. That’s 20 yards fewer per game than Colorado at No. 11. Washington State didn’t run back Nakia Watson after suffering an injury at USC on Oct. 8.

The Washington State defense tops the conference rankings with just 20.7 legal points per game and is one of the most prolific teams in the country when it comes to sacks (20) and tackles for loss (52). But the Cougars managed just two sacks and eight tackles for losses combined in their last two games, both losses.

Rising was terrific in the win over USC, completing 30 of 44 passes for 415 yards with two touchdowns and no turnovers. He was only sacked five times all season. Rising has rushed for 1,855 yards and 15 touchdowns this season, which adds 308 yards on ground and six rushing touchdowns.

Washington State has been tinkering with its receiving corps since veteran slotback Renard Bell was knocked out with an arm injury against USC. The Cougars have settled on a group that includes three outside receivers — De’Zhaun Stribling, Donovan Ollie and freshman Leyton Smithson — as well as slotback Robert Ferrel. “Without Renard, we had to try to give our playmakers as much possession as possible,” Dickert said.

Are Raven, SK Still Together? ‘Love Is Blind’ Season 3, Where Are They Now

ACC/Big Ten Challenge 2022 – Schedule, predictions and which teams have something to prove