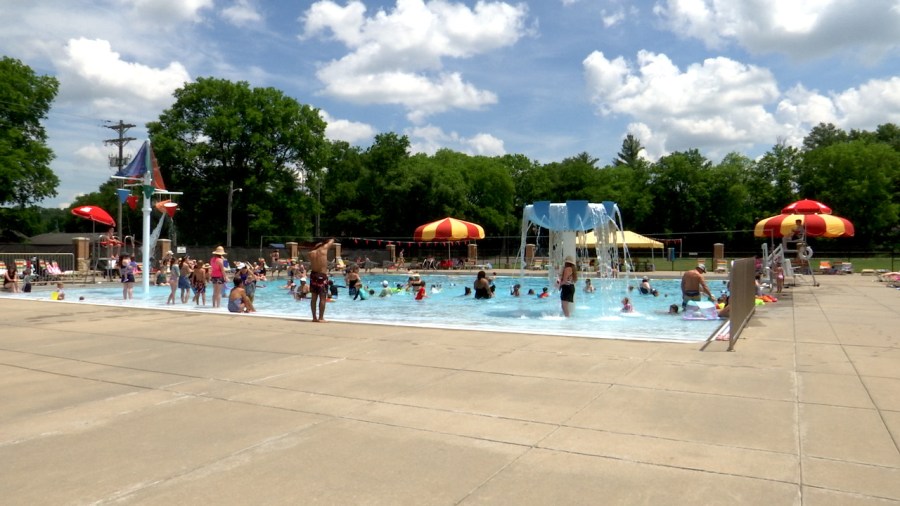 NOLENSVILLE, Tenn. (WKRN) – Williamson County officials are applauding a 17-year-old lifeguard after he saved an 8-year-old from drowning.

It all happened Tuesday night at the Williamson County Recreation Complex pool. The 17-year-old did not want to be identified, but assistant manager Riley Stahl recalls rushing over to help.

“He was unresponsive when he was first pulled from the water, but we started CPR and rescue breaths. And he spat out some water and was good by the time EMS got there,” Stahl said.


Stahl credits her education with saving the 8-year-old’s life.

“I’ve done CPR before but never on a child, it’s scary. But it was just pure instinct to go back to training, it’s ingrained in me now. I didn’t really have to think, I just did it,” Stahl said.

On Wednesday, county officials planned to reach out to the 17-year-old lifeguard and his parents to thank him for his service.

“This young man won’t even realize, the young man he saved won’t realize what someone just did for him. But he saved his life,” said Gordon Hampton, director of Williamson County Parks and Recreation.

‘She was very adventurous’: Cremed remains of Nashville woman shot into space

“He did everything the way it should be done. I’m very proud of him, he’s a young man who’s going to be a man soon and that’s going to get you into that manhood very quickly,” Evan Hampton said. “Once they are underwater, seconds count. You have to react as quickly as possible and when you’re well trained, that time breaks down and you can get things done a lot quicker when it’s automated.”

Stahl said she won’t forget her last exchange with the little boy, who came so close.

“He was awake and speaking before the ambulance even left. He showed me how to use a fidget spinner and complained about the colors of the toys EMS gave him,” Stahl said. “Just seeing that, there is no other feeling. I have no words for the relief, it was amazing.”

The Williamson County Parks and Recreation Department is currently hiring lifeguards. They encourage teenagers who are looking for a rewarding and fulfilling summer job to apply.