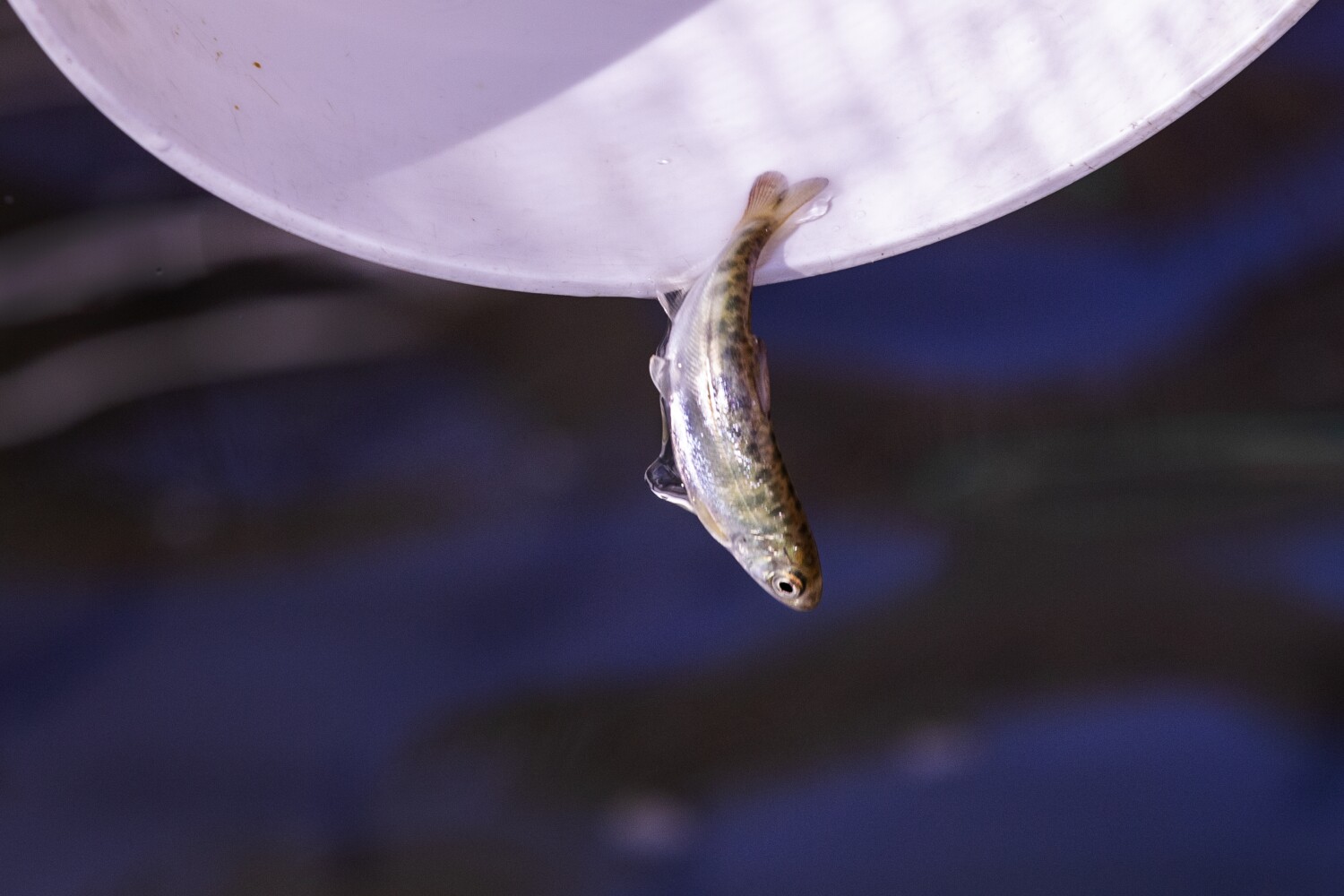 In a containment measure to help Chinook salmon spawn during spring and winter that are plagued by rising water temperatures and lower water levels due to climate change, state and federal wildlife officials in Northern California have begun transporting adult fish to cooler waters.

Spring and winter trout are genetically different, with seasonal labels marking when the adult fish travels from the Pacific Ocean back to the Sacramento River to spawn.

The spring run Chinook, listed as threatened under the Endangered Species Act, is being moved from traps at the foot of the Keswick Dam to Clear Creek in the Sacramento River.

About 300 acres of winter-running trout, listed as endangered since 1994, are being moved from a government-run hatchery to the waters above Eagle Canyon Dam on the North Fork of Battle Creek, east of Redding. The relocation, which began with a single fish, marks the first time in more than 110 years that winter-running trout have occupied those waters.

“It’s just beautiful, cool and shady habitat for them,” said Peter Tira, a spokesman for the California Department of Fish and Wildlife. “Even though they can’t access it because of the barriers, their offspring will be able to ride the waterfall down and possibly make their migration into the ocean.”

The efforts started last month are urgent, short-term measures, especially for trout that run in the winter, Tira said.

“This is the third year of the drought, and these fish have a life cycle of three years, basically,” he said. “And we’ve had two years of bad production, so we can’t afford another year of bad production.”

Since 1997, the United States Fish and Wildlife Service has operated Livingston Stone National Fish Farm to produce winter Chinooks, and production is expected to be expanded in another effort to increase population power.

These efforts are temporary until a permanent solution is found to allow fish access to areas above Lake Shasta. One proposal would see fish transported directly to the McCloud River, above the Shasta Dam, to spawn. Their children would then be stranded and carried down the Sacramento River to begin their journey to the Pacific Ocean.

The construction of dams like the nearby Eagle Canyon and Shasta, as well as the Pacific Gas & Electric facilities, have prevented the salmon from accessing their natural spawning habitat provided by colder waters.

For example, trout that run in the winter have been unable to reach areas like the McCloud River, which is fed by cold springs.

Instead, the fish are forced to spawn in the bottom of Lake Shasta in the dwindling Sacramento River. And drought and rising temperatures have heated the water from Lake Shasta into the river.

With warming waters wreaking havoc on Chinook salmon spawning, the government’s plan to return the fish to cooler habitats has raised concern among members of the Winnemem Wintu Tribe, who whose ancestors were displaced by the Shasta Dam, and salmon are central to spiritual culture and traditions.

Instead of stocking farm-raised fingerlings, the tribe wants to use salmon that used to live in the Sacramento River but was transplanted to New Zealand more than a century ago.

“There is no one else in favor of bringing fish back to that river more than the Winnemem,” Caleen Sisk, leader and spiritual leader of the Winnemem Wintu Tribe, recently told The Times. “But if you’re going to bring in fingerlings, then we’ll object.”

Instead of transporting the salmon in trucks, the tribal leaders wanted to develop a way for the fish to move naturally upstream, over the dam, to Lake Shasta.

Years ago, the tribe developed a proposal to reintroduce a swimming path with a tank, pump and tubing that would allow the fish to swim upstream, out through a floating structure in the tank.