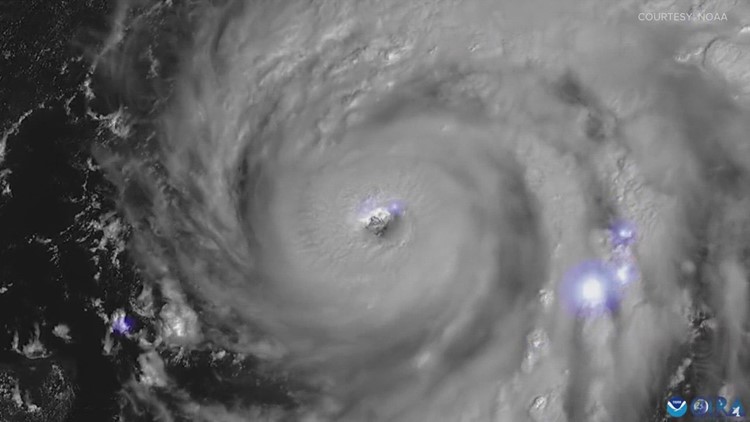 The Red Cross said it is ready to help up to 60,000 people in Florida.

SEATTLE — Hurricane Ian is making its way over Florida. It brought winds of 150 miles per hour and a storm surge of several feet. Damage will be assessed once the storm passes, but the American Red Cross Northwest Region says it already has people on the ground ready to help.

On Sunday, Hatfield took a flight from Seattle to Orlando. He said his team was prepared for the worst. The storm made landfall Wednesday afternoon as a Category 4 hurricane. It was downgraded to Category 1 on Wednesday evening.

“I’ve seen a lot, but to say I’ve seen it all? I’m not going to say that because every time I go on a disaster, something is always different,” Hatfield said.

Hatfield has been a Red Cross volunteer for almost three decades. He has responded to disasters in the United States and Puerto Rico.

The Red Cross said it is ready to help up to 60,000 people in Florida. On Tuesday, more than 13,000 people spent the night in one of the Red Cross evacuation shelters across the state.

Hatfield is one of 500 Red Cross disaster workers on the ground in Florida.

“[I] Say we’re here to help. We are here to make sure you are comfortable and we understand the situation you are in. When you’re in a shelter like this, we try to do our best,” Hatfield said.

“It’s one of those weird things about these hurricanes. They have a mind of their own, they have their own personality and they’re going to do what they want to do,” Hatfield said.

https://www.king5.com/article/news/local/red-cross-northwest-volunteers-head-florida-hurricane-ian/281-1487f48e-91e2-4b4e-847a-7feade8636a3 Northwest volunteers in Florida to help amid Hurricane Ian

America’s Got Talent: Jackie Evancho Opens Up About Health

How Environmental Activists and Reviews Can Worsen Wildfires