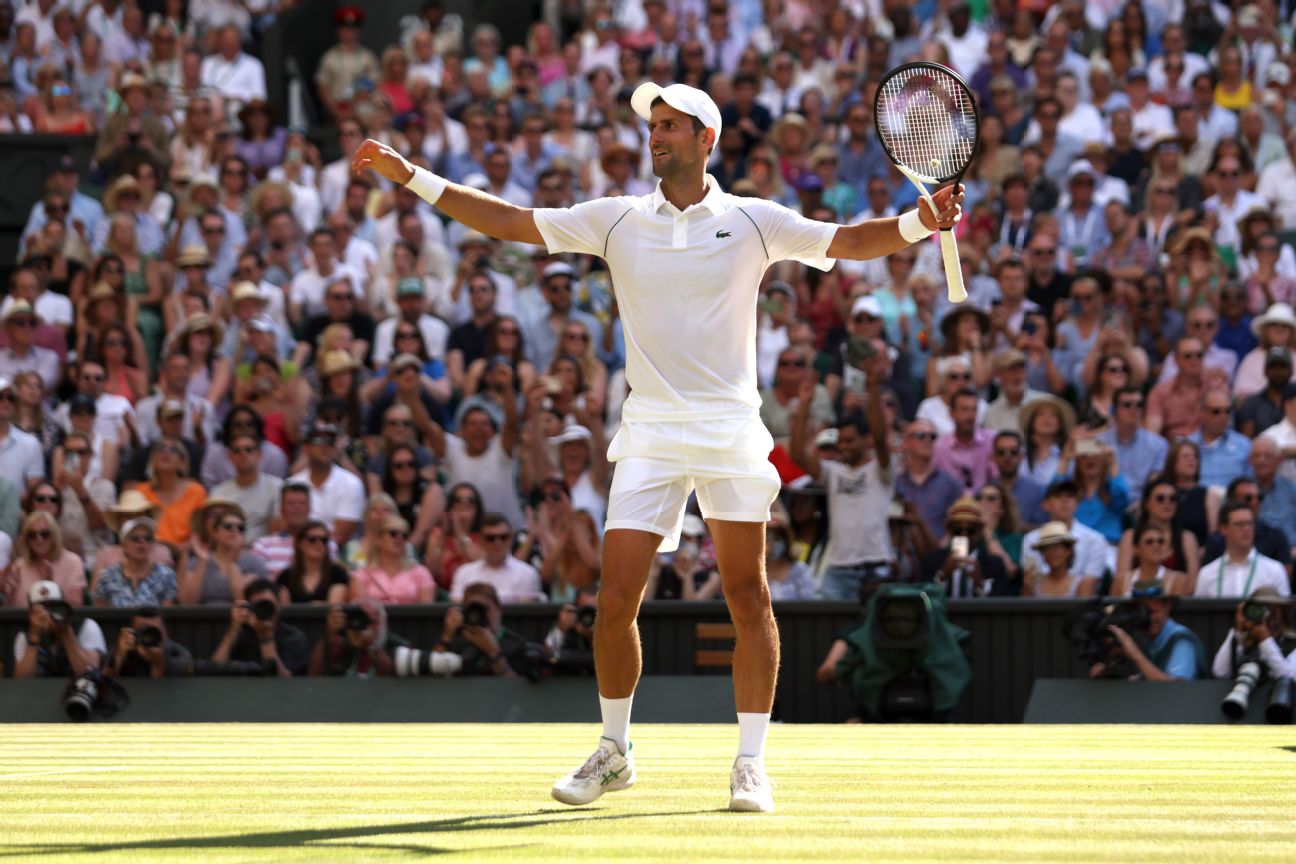 Top-seeded Djokovic was unbeaten in 28 games in the grass Grand Slam tournament and increased his career to 21 major trophies, breaking a tie with Roger Federer and moving just one short of Rafael Nadal’s 22 for the most in men’s tennis history.

For men, only Federer has won more Wimbledon titles than Djokovic with eight. In the pro era, only Federer was older (by less than a year) than 35-year-old Djokovic in the All England Club win.

On Sunday, there were two particularly important moments for Djokovic that Kyrgios wouldn’t let go of, when he started monologues, yelling at himself or his entourage (who doesn’t include a full-time coach) and finding reasons he didn’t agree with Chair umpire (and received a warning for swearing) and toss a water bottle.

In the second set, where Djokovic served 5-3, Kyrgios got Love-40 – a trio of break points. But Kyrgios played some easy returns and Djokovic finally held. And then, in the third set, when Kyrgios served at 4-all, 40-love, he again let a seemingly sealed game get away when Djokovic broke there.

The 40th Kyrgios was attempting to become the first unseeded men’s champion at Wimbledon since Goran Ivanisevic in 2001. Ivanisevic is now Djokovic’s manager and was in the guest box at Center Court during the game.

Kyrgios is a 27-year-old Australian who had never progressed past the quarter-finals in 29 previous Grand Slam appearances – and last even got that far 7½ years ago.

In a way, he stole the show on Sunday. He tried shots between his legs. Hit some with their backs to the net. Hit serves up to 136 mph and produced 30 aces. Used an armpit cuff and later faked one.